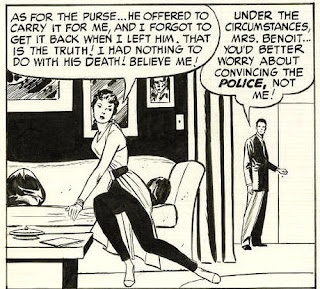 
Johnny Craig is featured in day three of our EC theme week.

Craig was a slow artist, working and reworking his drawings, which limited his production. But what you saw when it was published was as good as he could do, and that was good indeed.

I've scanned an early 1949 story by Craig from Crime Patrol #14, which shows him as an artist still working toward his best. The story is fairly routine for a crime comic, and his art is better than the script. I've also included one of his later EC jobs for Extra #3, a 1955 New Directions title. I believe the original art (four pages originally posted by Heritage Auctions) and the last two pages, scanned from Russ Cochran's hardbound Extra collection, shows much more sophistication in his style.

For the purpose of this posting I looked at quite a bit of Craig art, including his Warren art, and his contributions to ACG. He re-entered the comic book field part-time in the 1960s after he had left comics and gone into advertising.

Johnny Craig, during his EC years, gave everything he drew a very polished look; Max Allan Collins, in the hardbound Extra volume, says of Craig that his art ". . . clearly comes out of the Caniff/Sickles school . . . a more illustrative Raymond/Foster influence creeps in later . . . Craig is probably at his best when the cartoonist and illustrator in him are collaborating. His best work . . . has elements of both." What I like best about Craig is usually in those EC Comics published between 1949-50 and 1955, and many of those stories, to me, are exceptional. 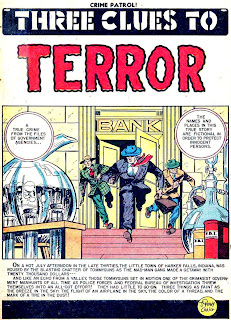 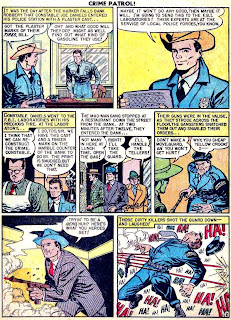 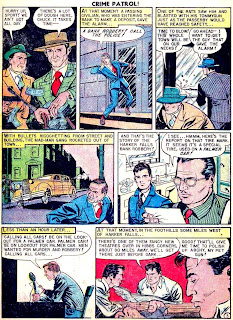 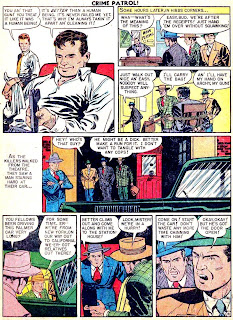 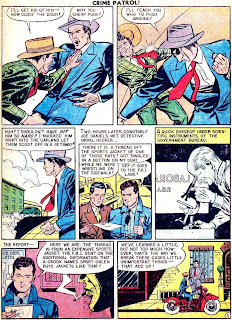 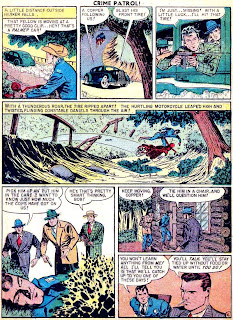 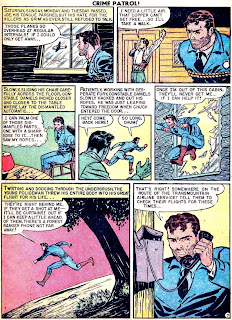 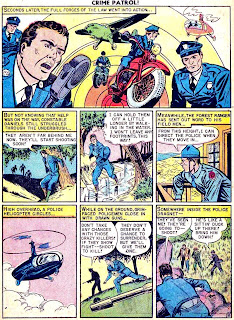 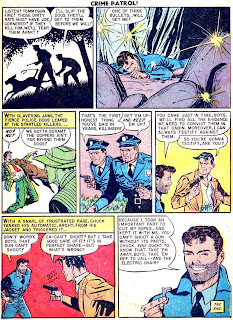 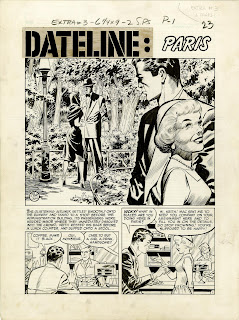 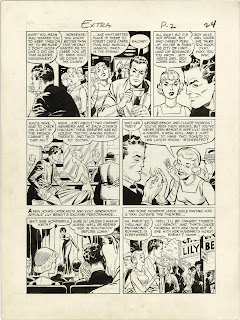 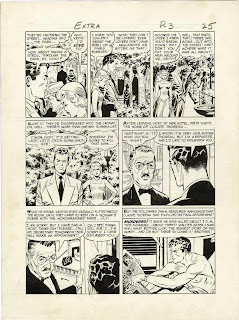 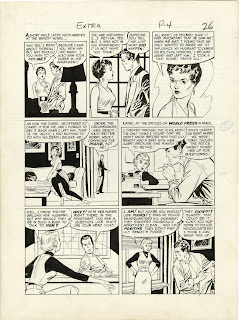 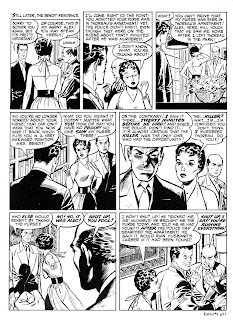 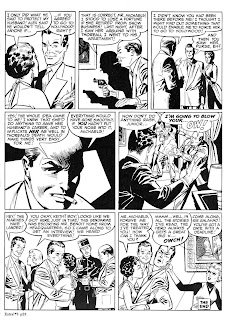 You're right about the differences in style, Pappy. Maybe working in advertising opened his eyes, because it's not just the drawing style's changed in DATELINE: PARIS. He's learned how to make every element in every panel contribute to the narrative.

Advertising wise, the initial panel could read: a cinema noir brunette, head and shoulders enshrouded in dark, heavy drapery, finger tetchily poking an older man; and a lightly clad, blonde girl-next-door type dreamily gazing towards light: which of these knows the physical freedom only Ex Lax can bring?

Two panels along, though, when she tells Keith she's along to keep him company, the open hand she offers is clad in a glove, the other held behind her, justifying Keith's assertion she's there to keep tabs on him.

This sort of thing goes on in every panel of DATELINE: in the fourth page's fourth panel, Lily exhibits the classic body language of conflicted sexual attraction, i.e. her upper body turns from Keith showing her heart belongs to hubby, but her rear and opened legs point towards him screaming the rest of her knows Keith's the REAL man!

But note how her black clad legs're matched in the very next panel by Vicky's formerly bare arms clad in black sleeve, i.e., Lily's limbs which'd been in such danger of betraying her're now mirrored by Vicky's arms wearing black to signal their rejection of Keith for not allowing them to wrap themselves around him!

Borky, I always thought Craig had a great sense for body language. I posted two of my favorite Craig EC stories in Pappy's #521, and when you look at them you can see how much subtle expressions, especially in the tale of sexual jealousy and obsesson, "The Tryst," are part of Craig's style. It was something I picked up on, as a 12-year-old without any experience with worldly things, over 50 years ago when I first saw "The Tryst."

On the other hand, if you want to see how Craig's work could be completely gutted, go to these scans of a Marvel story from Pappy's #468 heavily worked over by John Romita. I like Romita, but Craig was much better just doing his own thing, and his thing was not Marvel or Stan Lee's thing.

Weirdly enough, Pappy, until you posted this piece about him, I wasn't aware of Johnny Craig as an artist - oh, I was aware of the art, but not the artist.

Now, though, for some reason, I've found myself almost hypnotically compelled to keep coming back here to reperuse these two artistic periods of his, almost as if there's something about his work I've missed...

And now it's finally hit me - he's a Gene Kelly fan!

It's in the vigorous elegant but muscular pizazz filled poses his heroes strike, the way they don't just stand there but, like human coiled springs, appear either about to launch themselves through the air or, when they do finally take off, hang up there, above the void, not just defying gravity but reprising the history of power moves from Kelly through to Nureyev!

Borky, this may be a first, using Gene Kelly as an inspiration for Johnny Craig. Who knows? It's possible. Kelly and his movies were very popular.