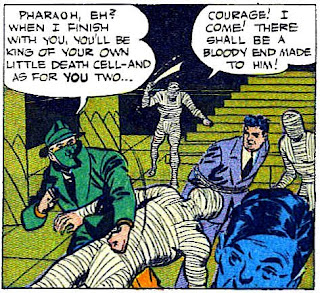 
The Green Hornet and the mummy murders!


I see that The Green Hornet, the movie, was number one at the box office last weekend. So I thought I'd show folks what the original comic book Green Hornet looked like.

As we fans know, the Green Hornet was created as a radio show by the same folks who created the Lone Ranger, George Trendle and Fran Striker. Before the current hit movie, and over several decades, the Green Hornet has been featured in radio, movie serials, comic books, and a TV series.

This story is from Harvey Comics' The Green Hornet #29, 1946, drawn by Jerry Robinson, in much the same style as he put into his Batman pages.

I'm the type who waits for the DVD of a movie, so I imagine I won't see The Green Hornet for another few months, but only if you guys who've seen it tell me it's worth watching. 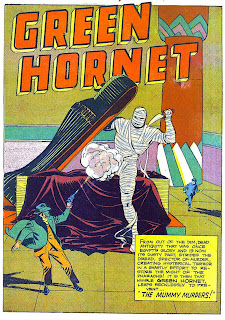 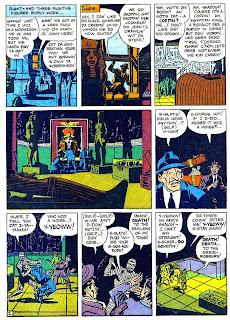 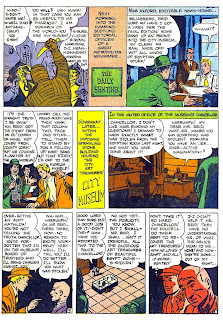 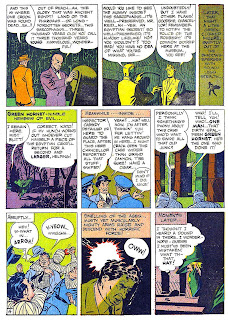 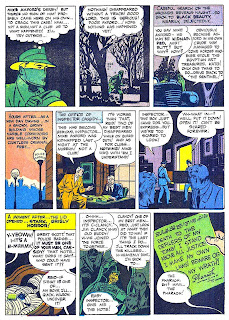 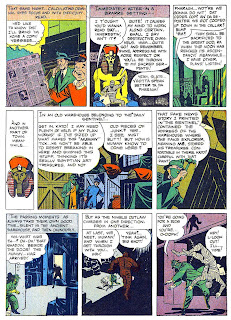 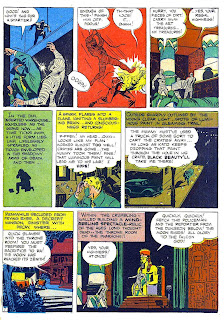 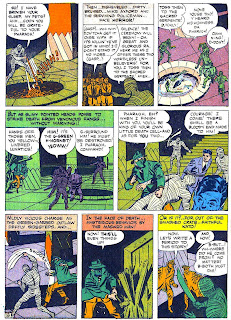 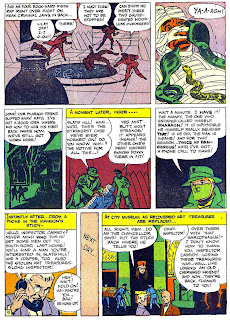 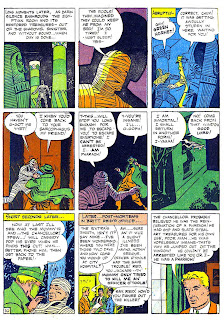 Like you said, Robinson's art here echoes his Batman work, yet in a few short years his style would improve a few degrees, or develope a bit more at least. I'm thinking of some of the stuff he did for Atlas' war comics and the like in the 50's.

This is the best comic blog on the planet!

Robinson's art even looked different when he teamed up with Mort Meskin on the Fighting Yank strips. It's fun to track Robinson's development as an artist over the decades, but in a nostalgic sense I enjoy his Batman-era artwork the most.

great comic but skip the movie!

OK, Prof., that's one negative vote. Anybody else have an opinion on the new Green Hornet movie?

My feeling is since it was released not during the holiday movie season but in that dead zone of entertainment, January, the studio didn't have a lot of faith in it.

Pappy: I'm dead curious about the movie myself. I am concerned about the previews I've seen, as they seem to have tongue in cheek, looking for laughs. NOT a good sign. I will not condemn, though, without seeing.

I can't help but wonder if anyone concerned with the movie read these dead serious, very earnest comics.

I thought it was clear the movie was played for laughs. Otherwise why the commercial with the rocket attack on the fast food drive-thru? And, raunchy Seth Rogen is the star...I rest my case.

"There shall be a bloody end made to him."

Are you saying THIS wasn't played for laughs?

Tamfos, in the 1960s that quote was the kind of campy dialogue that gave comic books their--dare I say it?--cachet of coolness.