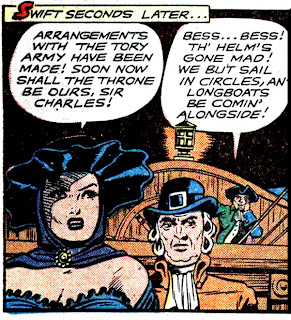 
Last September in Pappy's #810 I showed a Captain Fight story from Fight Comics #53, 1947. A reader mentioned that the villainess in that tale, Black Bess, also appeared in this issue of Jumbo Comics, #103, also 1947.

If you look at both stories you see the Black Bess of this Hawk story drawn by R. H. Webb is a sexy highway robber, and in the other, drawn by Jack Kamen, a sexy pirate. They appear to be two characters with the same name. Personally, though, I like the cuts of their jibs, and I'd go down to the sea in ships for either one, or both of them, matey! 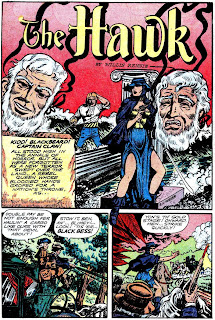 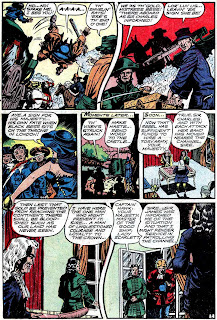 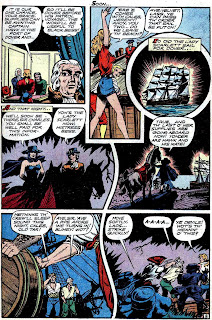 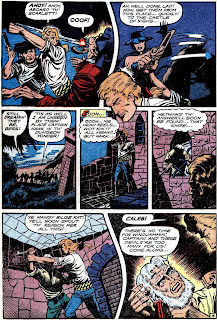 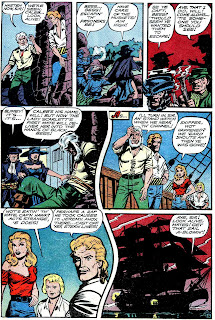 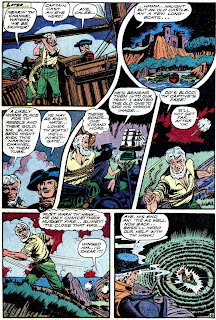 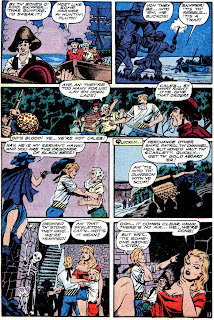 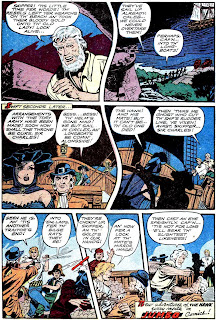 Going by the op'ning title panel, me hearty, you've been so unable to make up your mind up which Black Bess you prefer you've split into two and're besieging her from both sides!

Good girl art, Pappy!
I'd 'go down' with that ship, too!
Aarrr! A pirate's life fer me!

BTW,Is there any comics of that era that Eisner/"Rensie" wasn't a part of? Okay,I guess there were a couple.

I don't believe it.
You are telling us this is RH Webb art? Looks to me a lot like Lilly Renee.
But hey! What do I know.