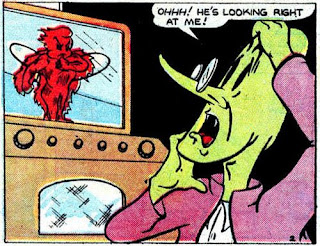 
Freddy Firefly lights it up


We're into a theme week on EC Comics, and today we've got examples of EC's funny animals from the 1940s. Animal Fables, which ran for seven issues in 1946 and '47, featured some covers with Freddy Firefly, who did a Human Torch imitation. He could burn through walls just like the Torch. He just had to yell, "Take fire!" and the young bug became the flaming firefly. 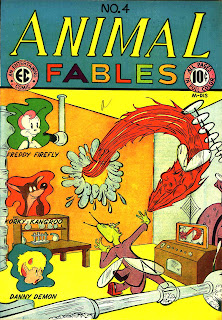 I don't know who drew Freddy; I haven't been able to find any reference material from the Grand Comics Database, or even my usually reliable EC sources. But what I think is that Freddy probably looked a little too close to the Human Torch for the purposes of Martin Goodman's Timely Comics. 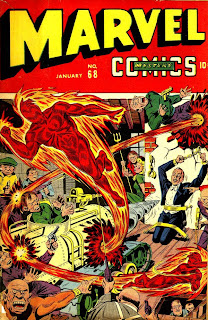 By #7, the last issue of Animal Fables, Freddy was burning with "green fire", a creative way to solve the problem of the lookalike characters, but too late. 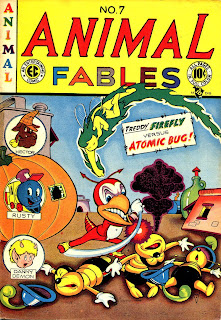 Actually, I don't think anyone, even very young children, would've confused the two, but that's what lawyers are for, to bring up those subjects. Freddy wasn't seen again after 1947.

By the time the last issue of Animal Fables was published EC founder, Maxwell C. "Charlie" Gaines, was dead, killed in a boating accident, and his son, Bill, was sent by his mother to take over the company. Although it eventually led him to become a millionaire with Mad, in 1947 he wasn't interested in comic books. Within a short time the funny animals published by EC were gone, and over the next couple of years it became the notorious EC Comics we know and love. 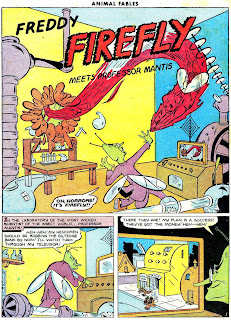 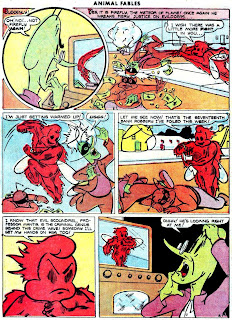 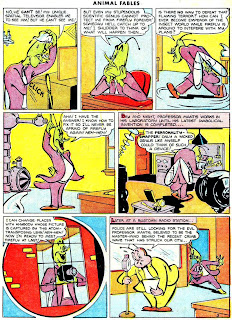 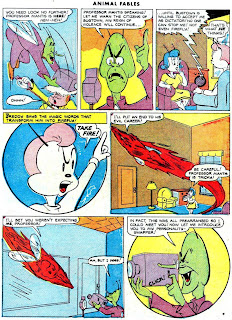 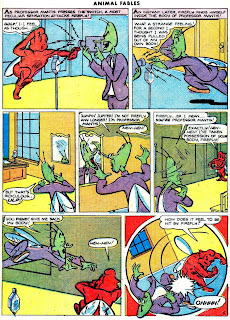 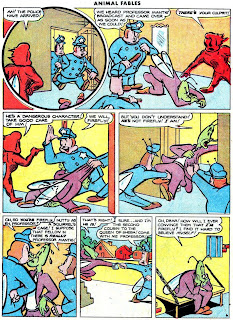 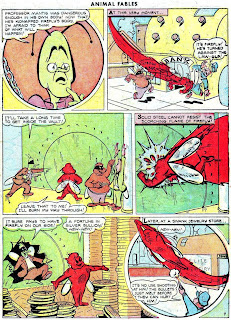 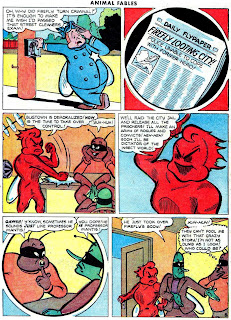 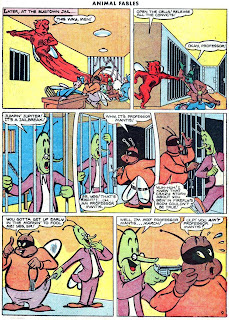 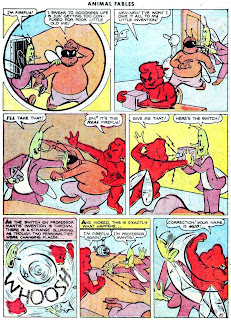 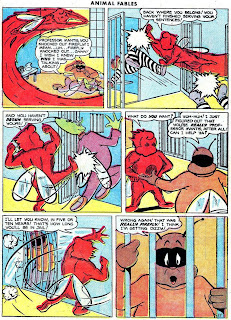 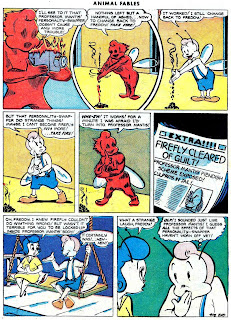 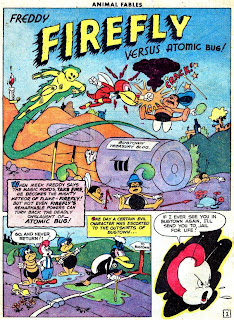 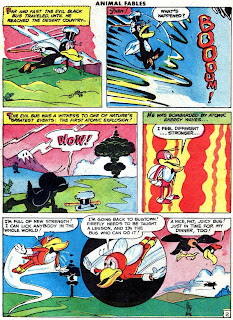 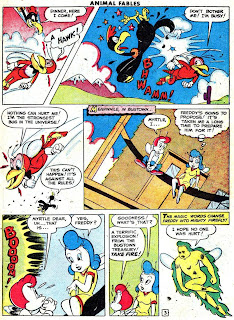 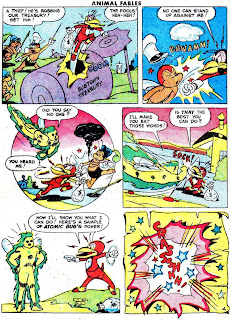 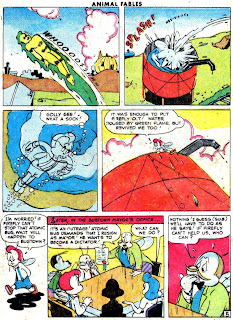 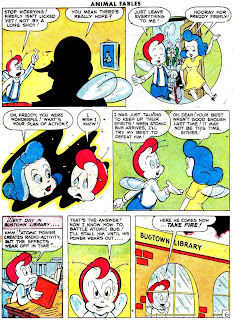 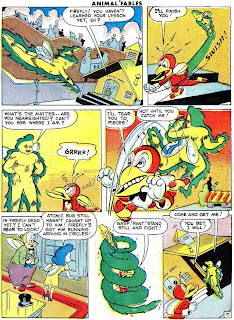 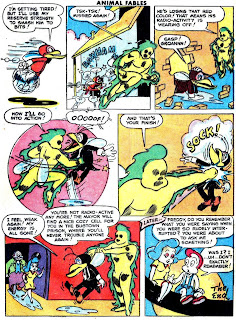 "that's what lawyers are for".

You're right, mate. I used to think it was only in the modern era the world was so litigious but I suddenly realised yesterday when I was reading African Scream 'Kaaa-therine' was probably calling Bogie 'Yogie' for exactly the same copyright lawyer eluding reasons.

No wonder the ancients used to say beware the day when the law interpreters become our political leaders, (because then laws'll mean whatever they want them to mean)!

"i prefer the green/having never seen/a firefly that glows red, pink or in-between..."

Happy New Year to you too, Borky.

I see the need for a publisher to keep others from encroaching on their characters because they can lose the copyright if they allow someone to create confusion in a consumer's mind. (Human Torch/Freddy Firefly)

On the other hand I see fair use in using images of those characters as satire or parody. (Katherine Hepburn/Humphrey Bogart)

A flaming firefly is not the same as the Human Torch, unless someone considers it looks too close to the original. Maybe a judge would have laughed it out of court had it been brought before him. I don't have any knowledge that Martin Goodman at Timely had his lawyers call EC; it's just deduction on my part due to the covers looking like the Human Torch, and the abrupt, drastic change in appearance of Freddy.