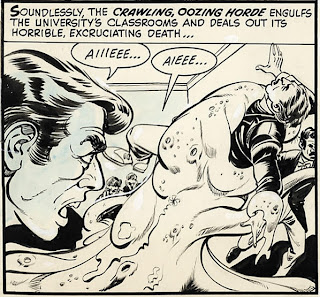 
Bob Powell's original art is always a treat for me. The story, "It!" is from Heritage Auctions in 2004, and appeared in its printed form in Harvey Comics' Witches Tales #10, in 1952.

You can see the printed story as Karswell presented it in The Horrors Of It All here. Because the Heritage scans didn't include page 4, I have included that page scanned from the printed comic.

This story uses a lot of "Aieee!" and "Aggghrrr!" onomatopoeia. The anonymous writer didn't have to think up a lot of dialogue.

This story preceded the popular movie, The Blob, by a few years, but another blob story preceded "It!" "Spawn of Venus" appeared in Weird Science #6, in 1951, drawn by Al Feldstein. Maybe it inspired both the Witches Tales story and The Blob. 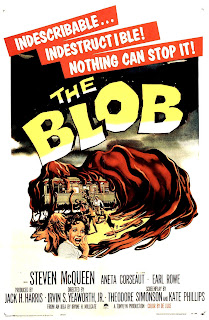 This panel is from Wallace Wood's 3-D version of "Spawn of Venus," done a couple of years later and unprinted until it appeared in Witzend magazine. 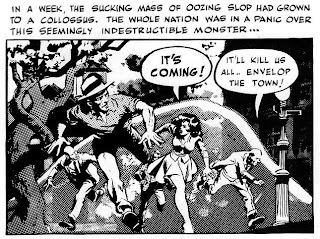 There's at least one puzzler; why does the victim on page two have only four toes on her right foot? Finally, this story has a classic phallic panel: page 3, panel 5. 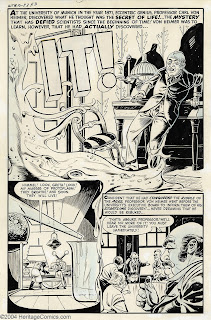 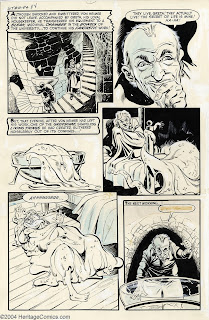 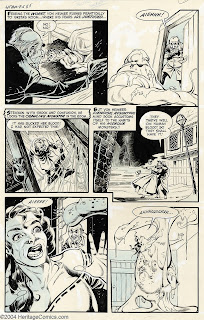 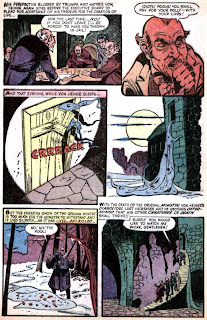 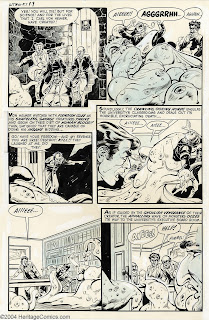 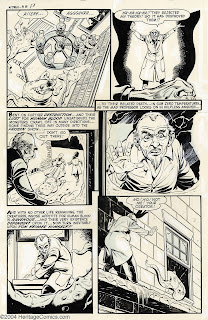 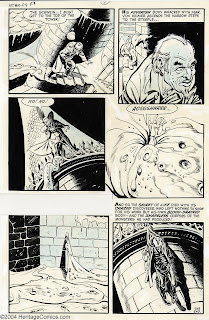 Nobody draws a disgusting bag of pulsating holy ooze like Powell!

Readers need to follow the link to your blog to see the belly button panel, a coloring mistake you can't see in the original art.

Interestingly enough, Joseph Payne Brennan's horror short story "Slime", which appeared in a 1953 issue of Weird Tales magazine, is often cited as the probable inspiration for the movie The Blob, (and Stephen King admits Slime was the inspiration for his story The Raft) but here are a couple of protoplasm predators that preceded it.

Pappy: I see what you mean about my war comics post not being Powell. Not even close. Not even remotely close.

This is such beautiful stuff - what a thick, varied line. I love that. Perfect for ooze!