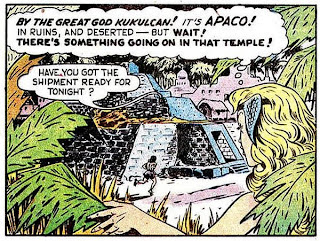 
I love the sexy look Bill Everett gave to Sub-Mariner's cousin, Namora. In creating her it was assumed that comic readers knew Sub-Mariner's name is Namor, so they didn't name Namora "Sub-Marinette" or something silly like that. But speaking of silly names, according to Don Markstein's Toon-O-Pedia, Namora's real name was Aquaria Nautica Neptunia.

Namora, the comic book, lasted only three issues, and Namora, the character, a handful of appearances in other magazines, then again when the Sub-Mariner was revived in the early '50s. I was going to say Namora didn't have legs, meaning sustainability as a character over a long period of time, but looking at Everett's depiction of her...in a more important sense, yeah, she had legs.

This story takes place in an exotic Mexican locale with Mayan pyramids and Indians, away from the sea. As I said, I love Everett's sexy heroine, but he drew everything else well, also, mixing in the cartoony with the illustrative in a perfect blend: a masterful and distinctive comic art style. 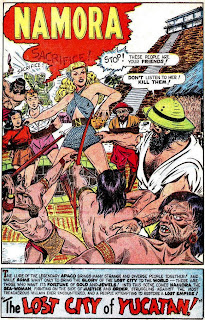 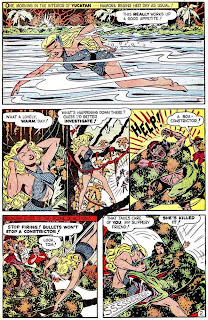 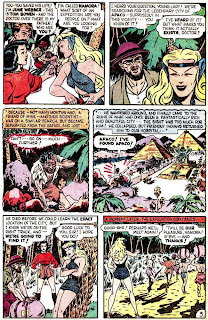 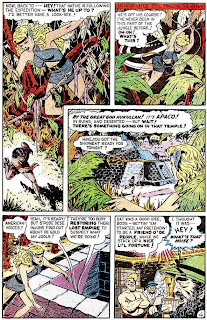 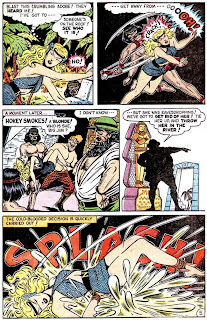 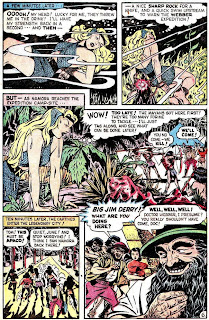 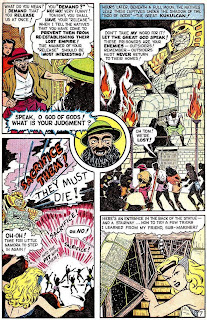 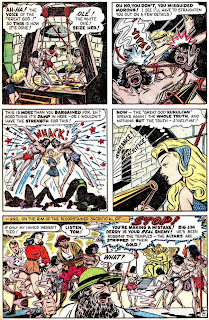 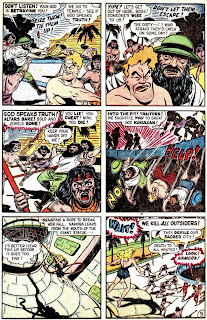 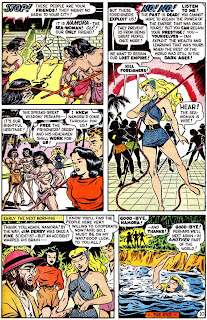 What a lovely story! If you've got some more of this kinda stuff, don't be stingy.

Yep, Chuck, I do have some more, but it'll be a while before I show it.Thanks for the note, though.

Anybody who likes beautiful women in the comics (and in real life) check out Chuck's blog, Comic Book Catacombs.