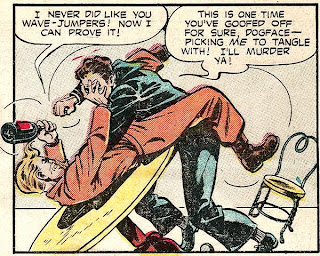 
In the intro to "G.I. Shmoe" in Mad #10, Harvey Kurtzman wrote, "The truce has been signed in Korea! For some time, we have been itching to sink our teeth into one type of literature born of the war!...We think the time has come! Any similarity between this story and real war is totally accidental!...It is with the sincerest respect that we dedicate this lampoon to you real soldiers who have had to put up with the glamorized war comics like...G. I. SHMOE!" 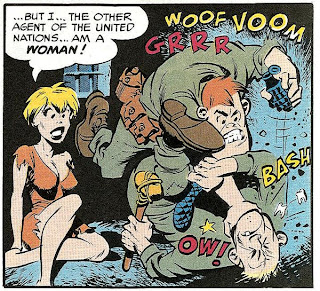 "G.I. Shmoe" is the classic 1954 Kurtzman/Wood story of two soldiers fighting over women and mowing down hordes of Chinese with fists and rifle butts. The Bob Powell story, "The Doomed Patrol," from American Air Forces #7, published by M.E. Comics in 1952, its panels of guys fighting over women and mowing down Chinese, may be the story that Kurtzman saw that led to "G.I. Shmoe". Can I prove it? Naw, but it's an interesting comparison. Inspiration comes from many and varied places. If you've got a copy of Mad #10, or one of the many Mad reprints check out the story after reading "The Doomed Patrol."

I scanned "The Doomed Patrol" from its appearance in the Super Comics reprint, Battle Stories #15, published in 1964. 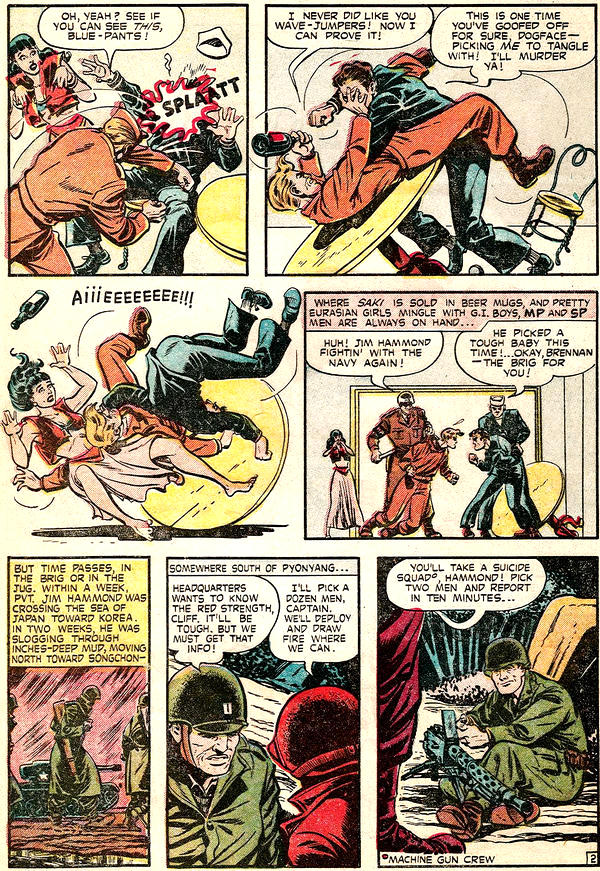 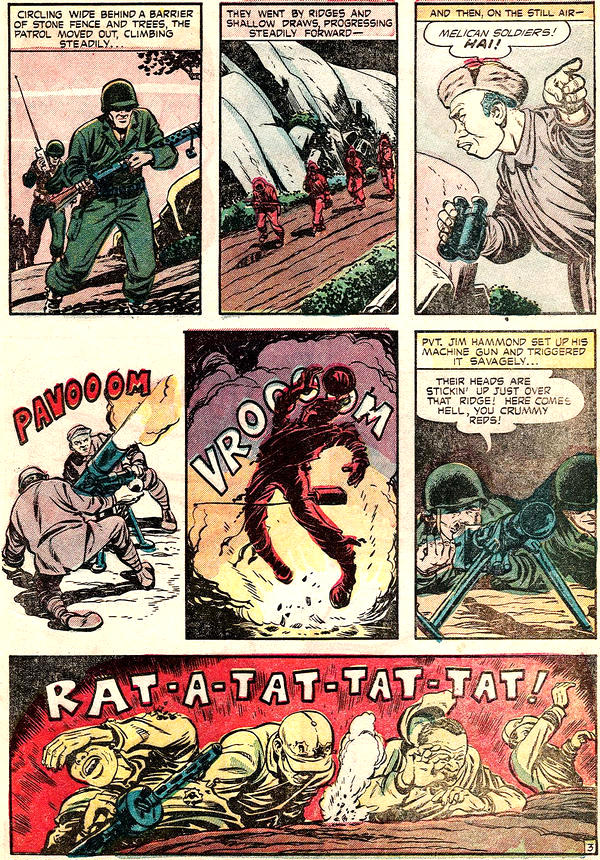 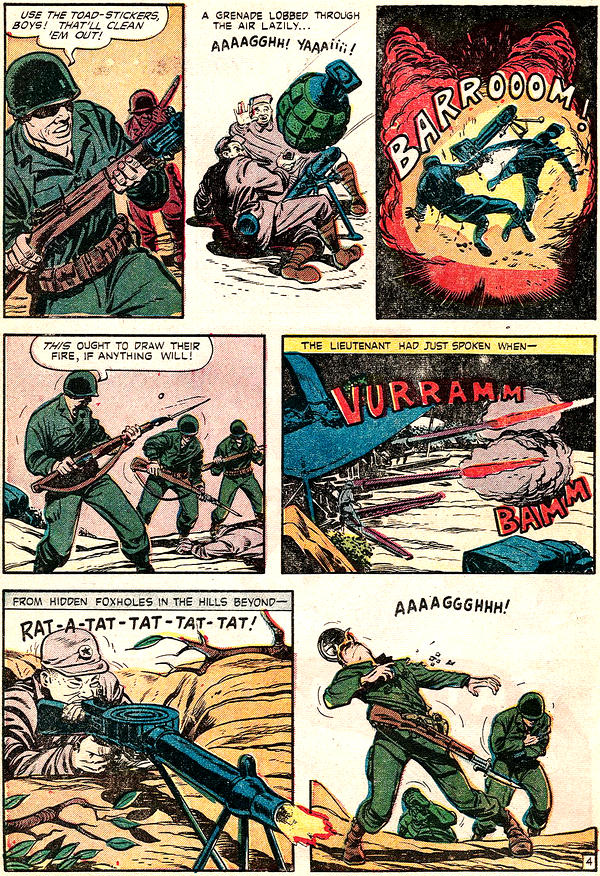 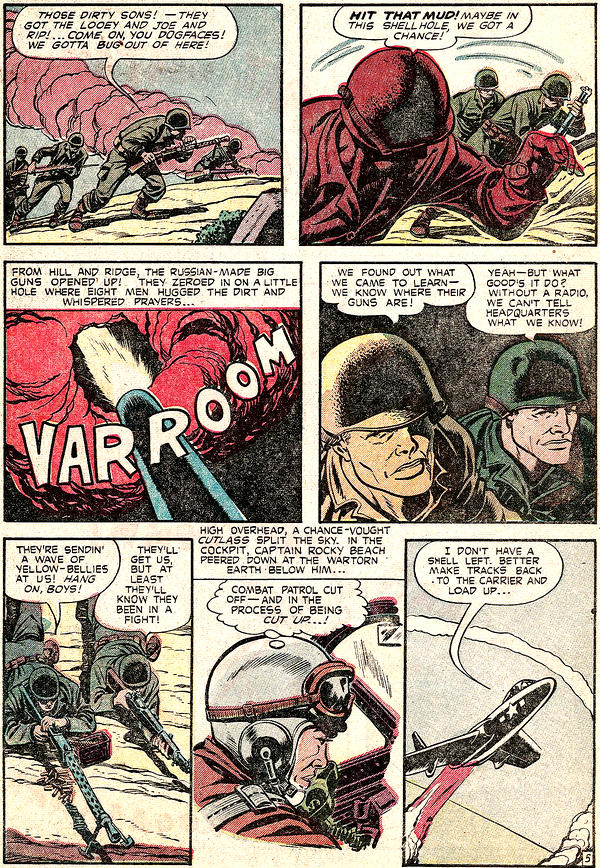 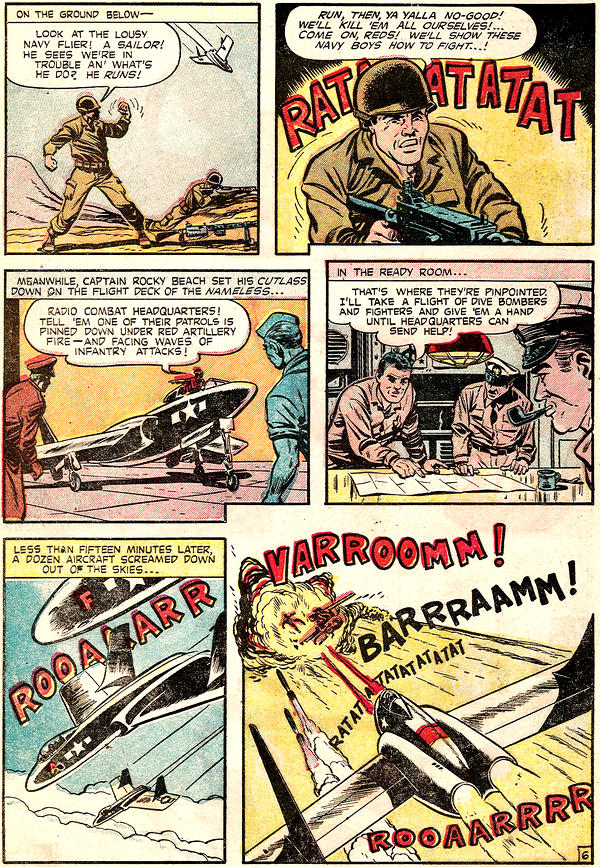 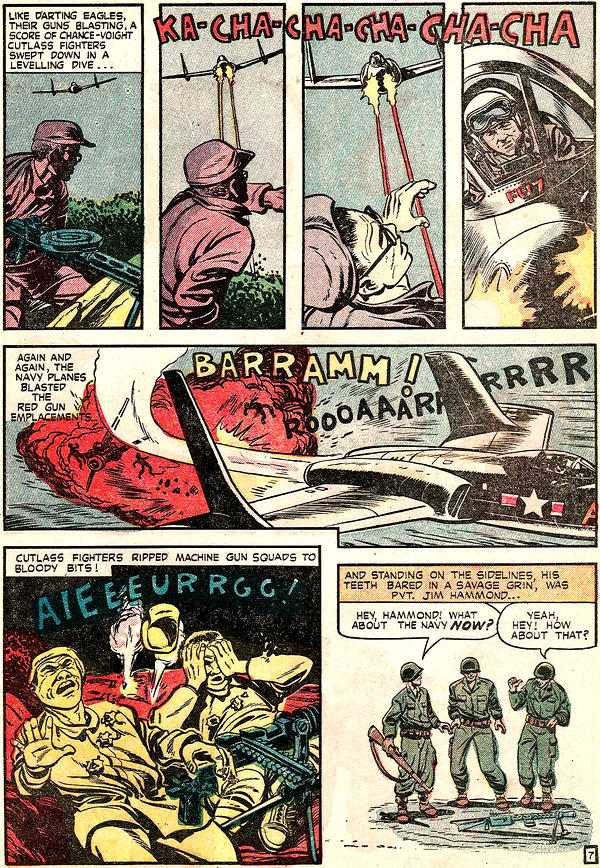 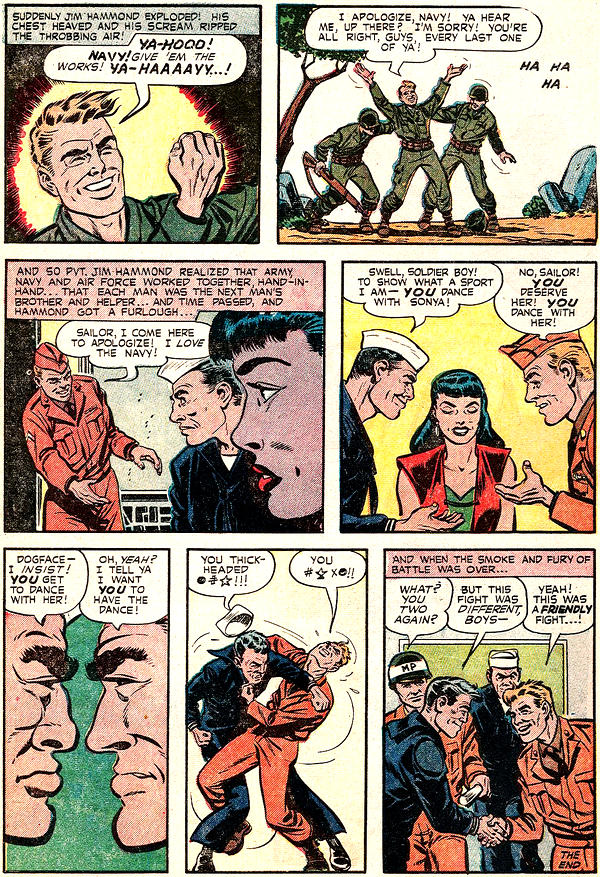