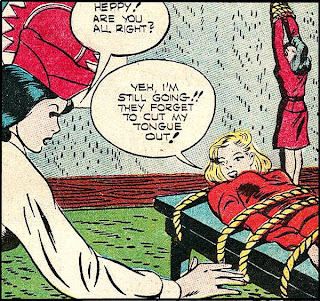 
Years ago Mrs. Pappy had a paper due for a class and came to me for help. At the time I was working for a bookstore, cataloging a major Golden Age comics collection. I've mentioned before that she doesn't like comics, but I told her I could give her some information on comics and she could write the paper. She was OK with it, as only someone with a paper due in 24 hours can be.

I told her to write about patriotic heroes of World War II, which were the comics I was then cataloging. I listed patriotic heroes for her: The Shield, Captain America, Captain Freedom, Minute Man...on and on until the last name, Pat Patriot. When she got up in front of the class and read the paper she got to the name Pat Patriot and the place dissolved into laughter. She got an A on the paper, maybe because she was so entertaining.

OK, so here's Pat Patriot, "America's Joan of Arc." This appearance is from Charles Biro and Bob Wood's Daredevil #11, June 1942. Pat has a villain worthy of his name, The Mallet. He's a torturer, and we get some juicy panels with some bondage and torture. The Grand Comics Database claims Lin Streeter is the artist, and for scripter they give Bob Wood the question mark treatment, as Bob Wood? which means they're guessing. 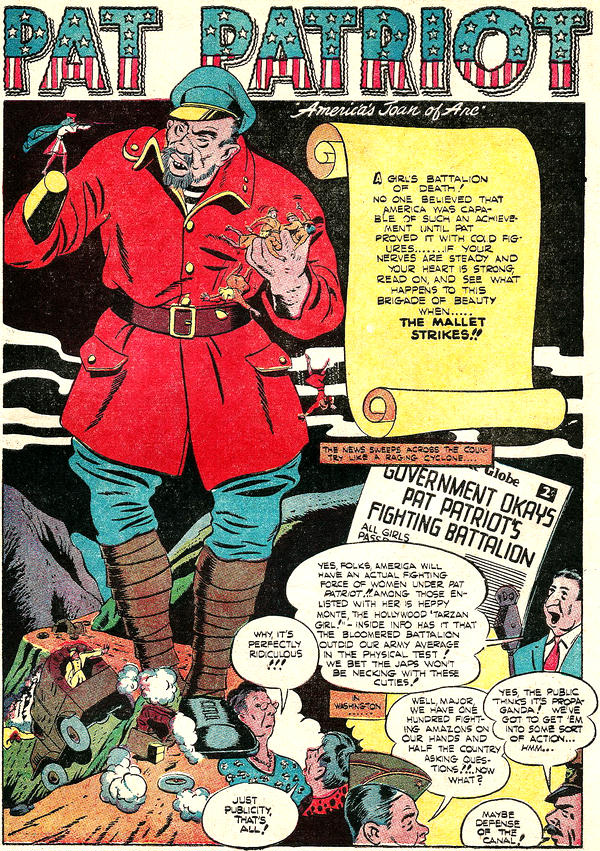 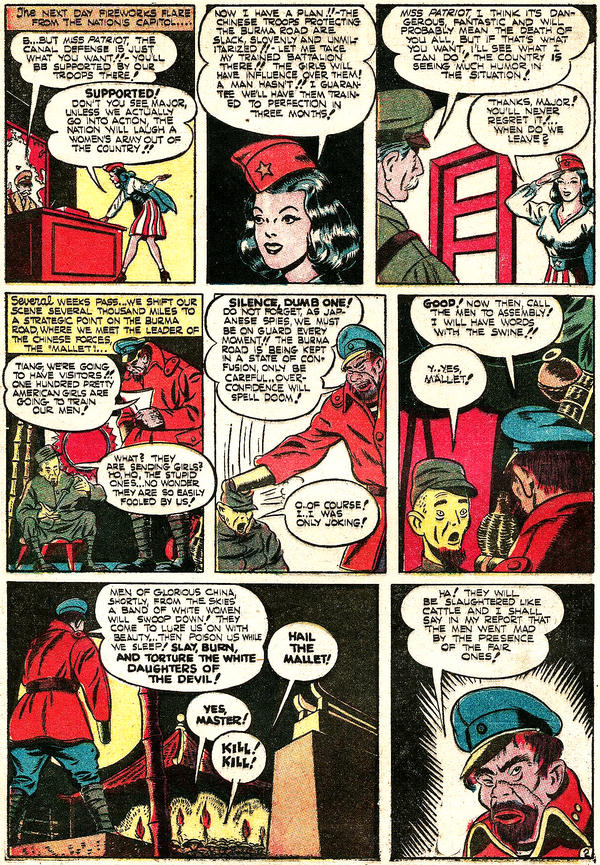 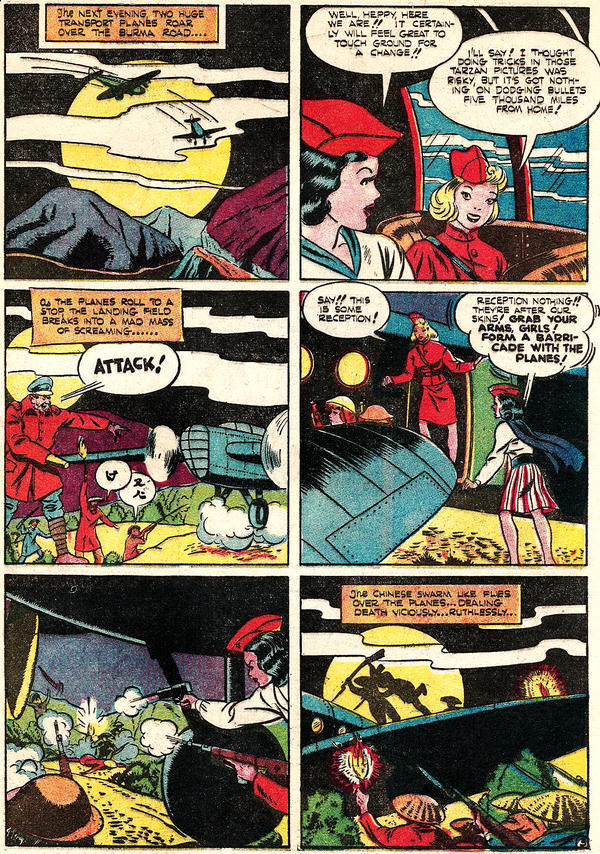 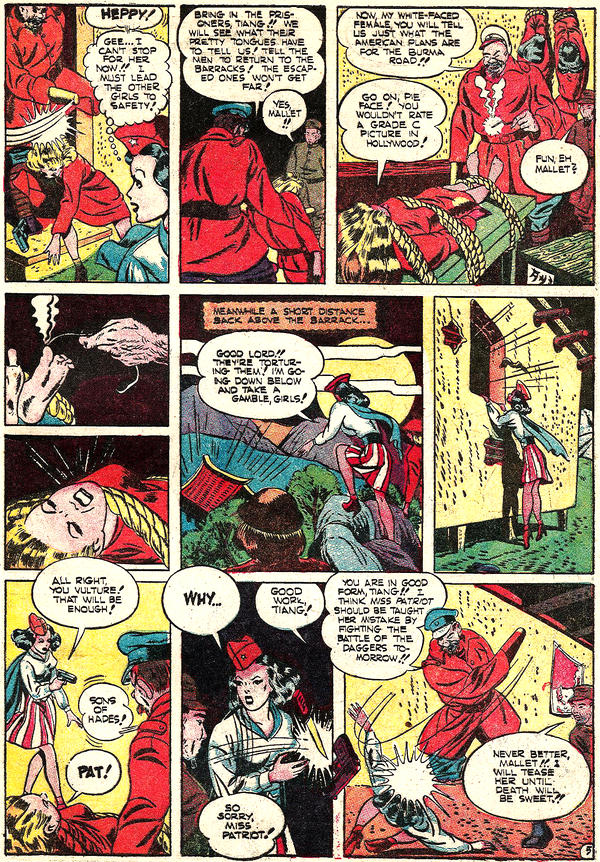 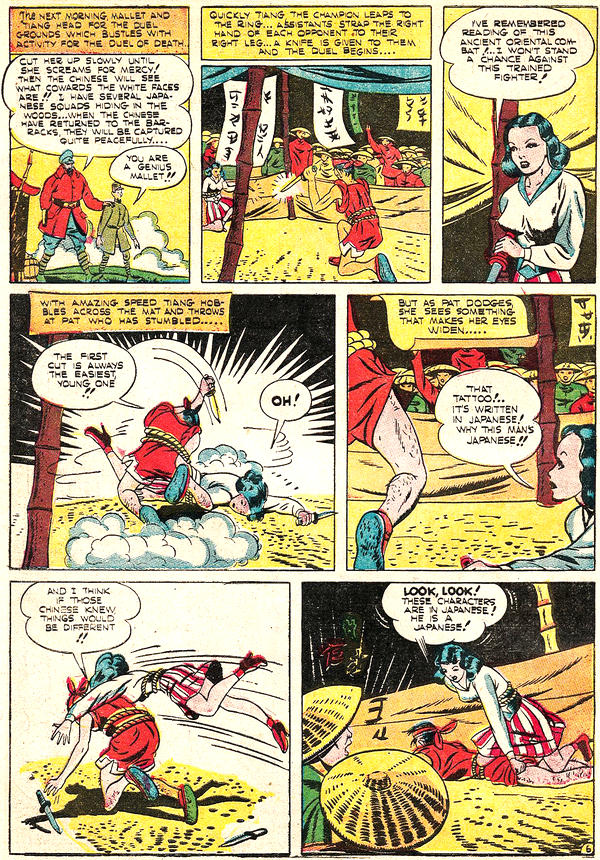 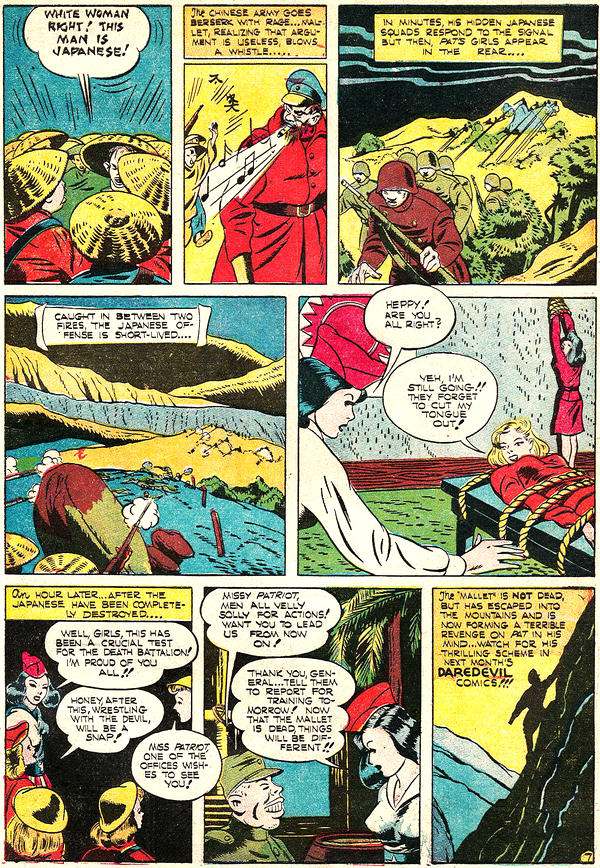 Her costoom was betterer with tha topp hat yo!