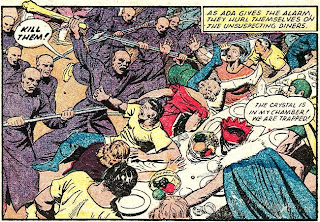 Dick Warren flies to planetoid Zog, where he meets some tribesmen led by Wad (!), who hold a captive "white girl," Ada. Wad has his body inhabited by Mars, , becomes hostile, and goes after Dick. Dick and Ada embark on an adventure where they encounter a queen and some "queer little men."

The artwork is by Joe Doolin. I wish it had been printed better. Doolin packed every panel. He was a terrific illustrator, and he could not have been paid enough for the work he lavished on this 10-page story. 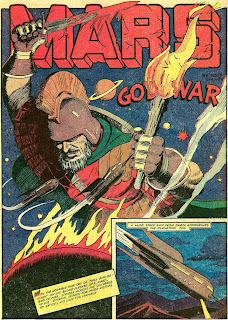 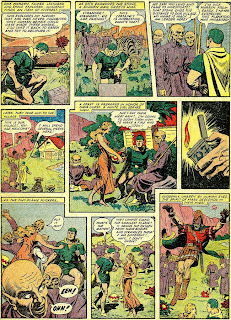 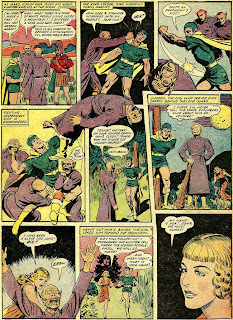 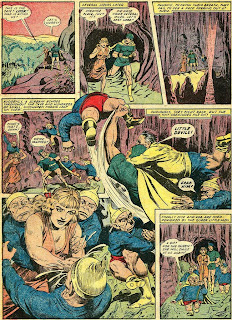 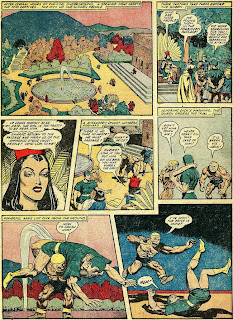 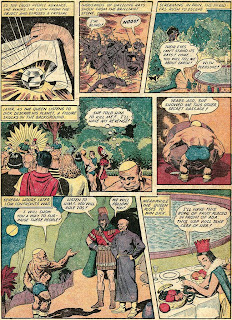 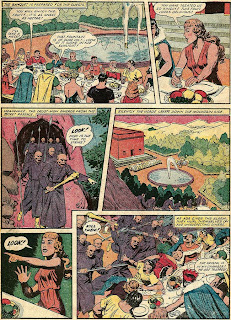 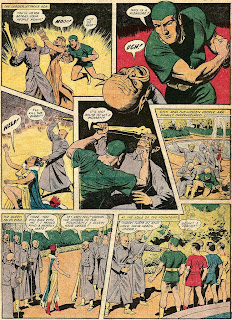 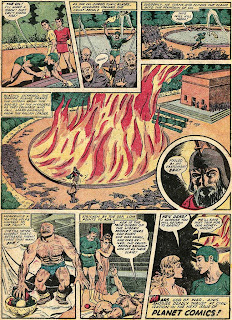 This story is AMAZING!! How is it that I've never heard of Joe Doolin before? His storytelling is remarkably sophisticated, and you're right; he does pack each panel. As a result, every page is brimming with imagery and information. I honestly could go on and on about all the wonderful details I love about this insane, story and it's great art, and the intricate storytelling, but you've already moved on with another post, so let me sum it up as briefly as I can with a single observation. How Doolin is able to capture an almost epic quality to that finale with the torched fountain on a freaking comic page is beyond me. Even more impressive? That page has eight panels!!

Thanks for this revelation, Pappy!