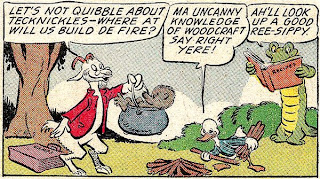 
The story of how Pogo met Albert is told by Walt Kelly in Dell Four Color #105, Albert the Alligator and Pogo Possum, published in 1946. 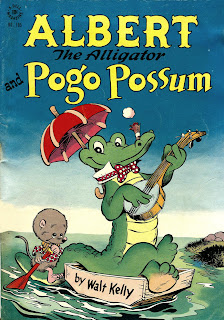 It's fun to see the characters develop before our eyes. Pogo and Albert had many appearances in Animal Comics and in one-shot comics like Four Color #105 before they became the Pogo and Albert we recognize today.

I scanned this from its original 1946 printing. The story was reprinted by Eclipse Books in their Complete Pogo Comics volume, "Dreamin' of a Wide Catfish," published in 1990. 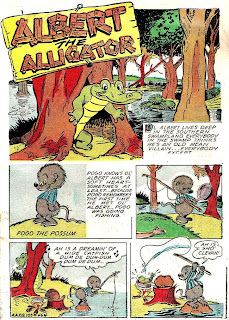 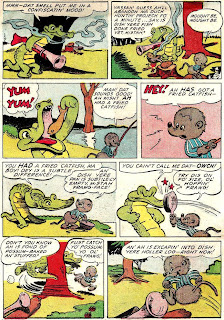 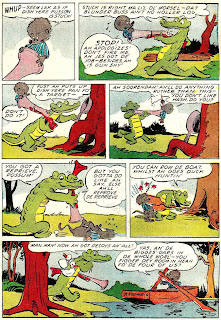 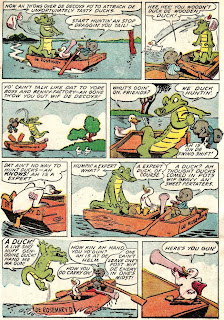 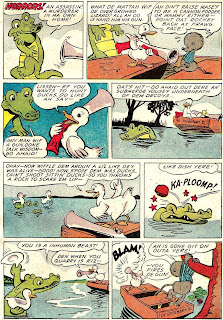 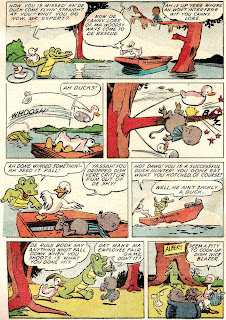 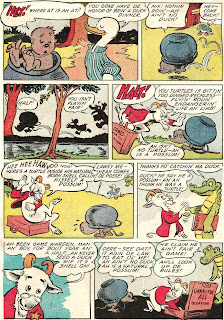 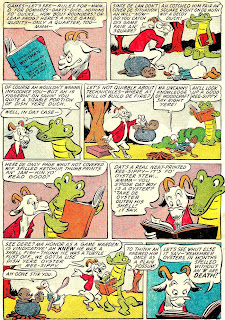 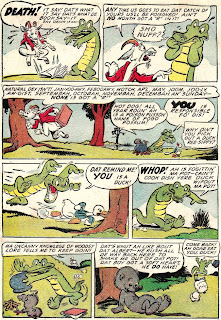 Ah's glad they was a gen'ral reduction o' Albert tryin' to eat one o' mo' o' the critters in the swamp.

Another ancient tale is reproduced at Ten Cent Dreams.