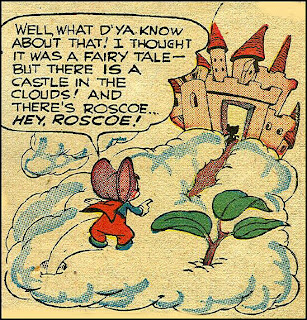 
Supermouse and the Timid Giant


What would writers do without fairy tales, nursery rhymes or folk tales? Probably have to actually look for a plot beyond Mother Goose or the Brothers Grimm. The surprise is in the endless variations on such familiar stories. Supermouse and his nephew Roscoe go into Cloud Coo Coo Land for this riff on Jack and the Beanstalk. It's from Coo Coo Comics #40, July 1948. It's derivative, but a cute kid's story, done by an unknown writer and artist. 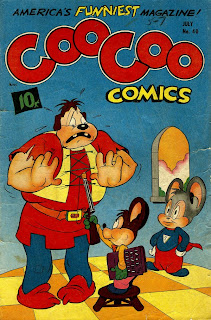 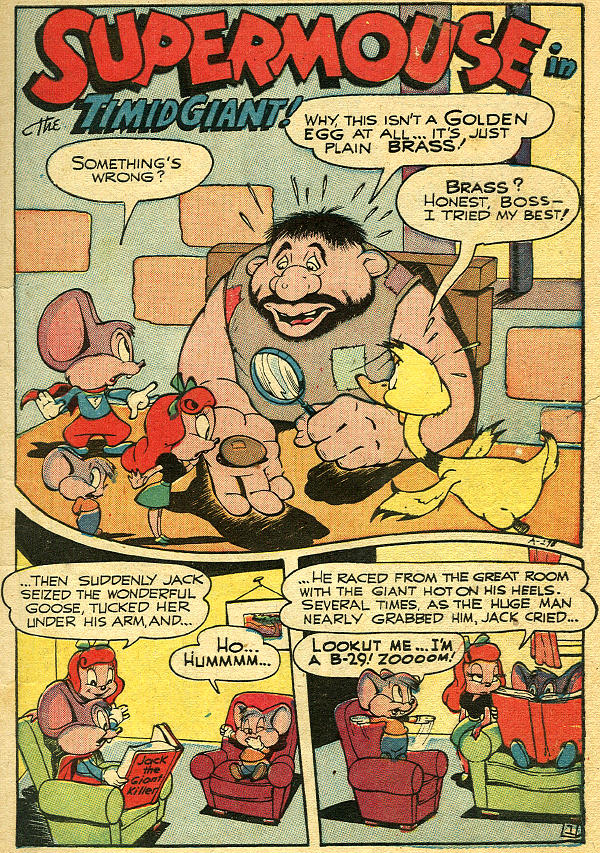 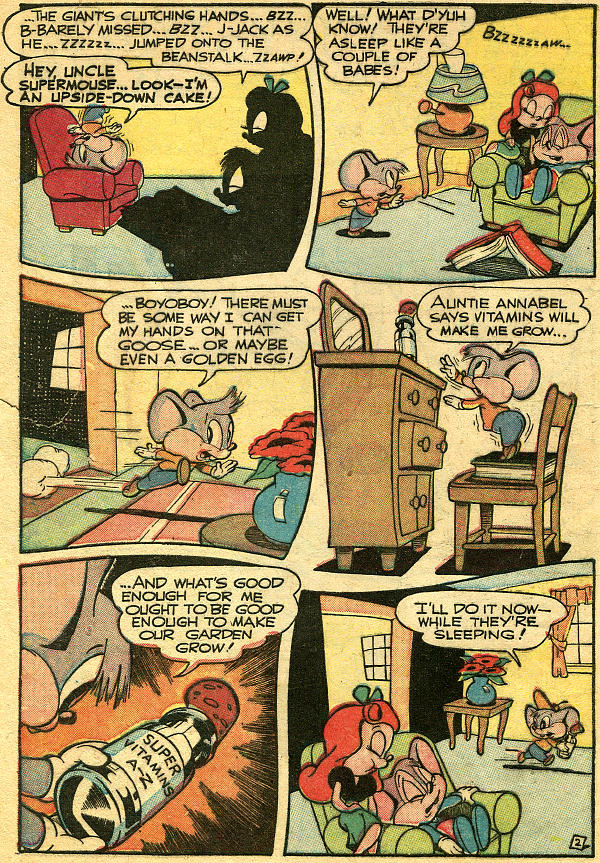 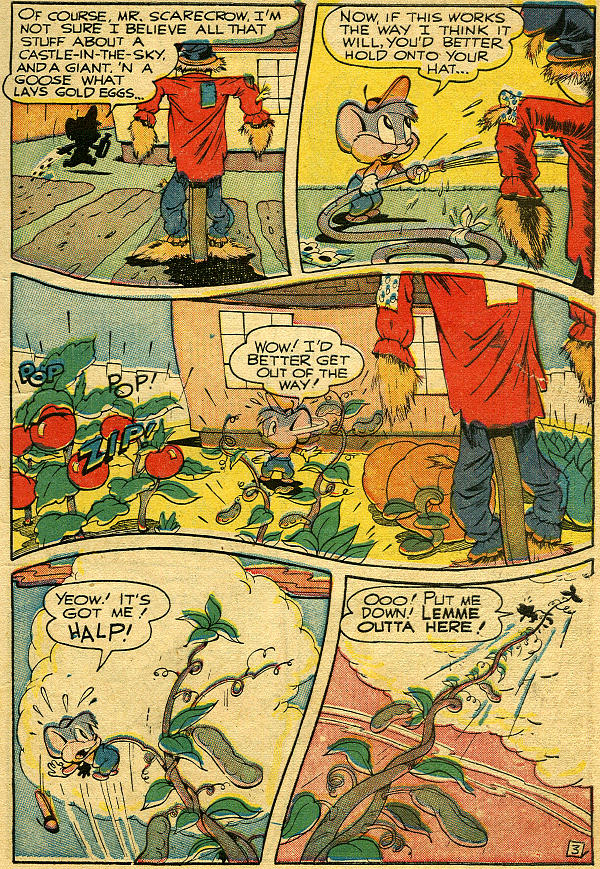 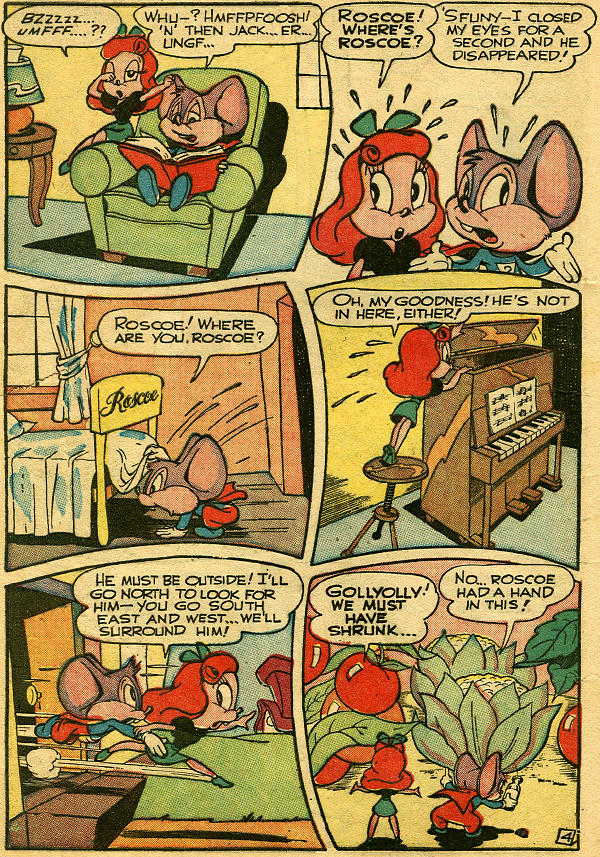 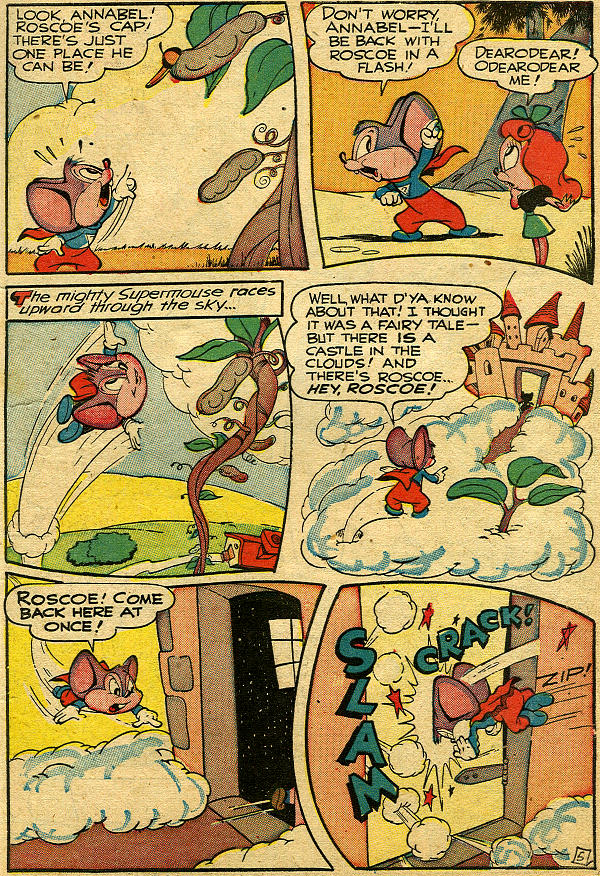 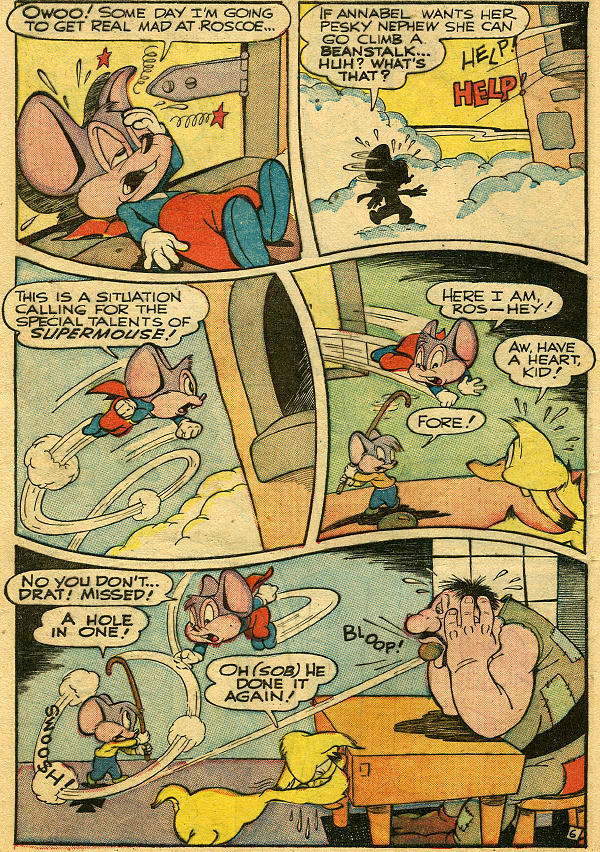 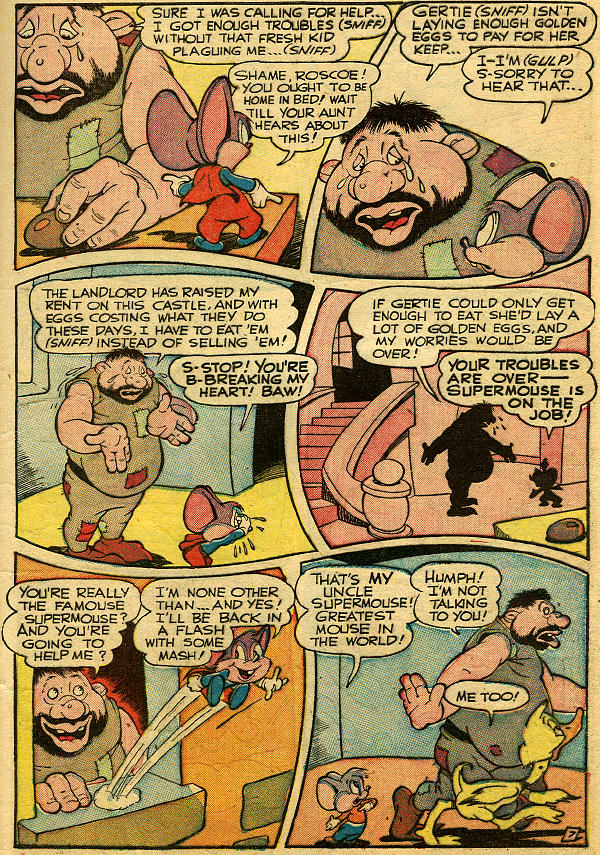 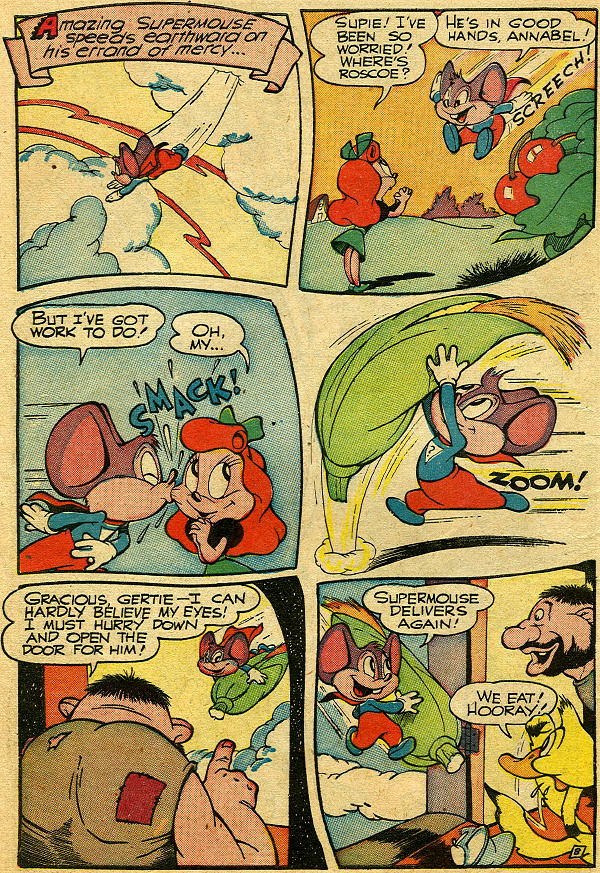 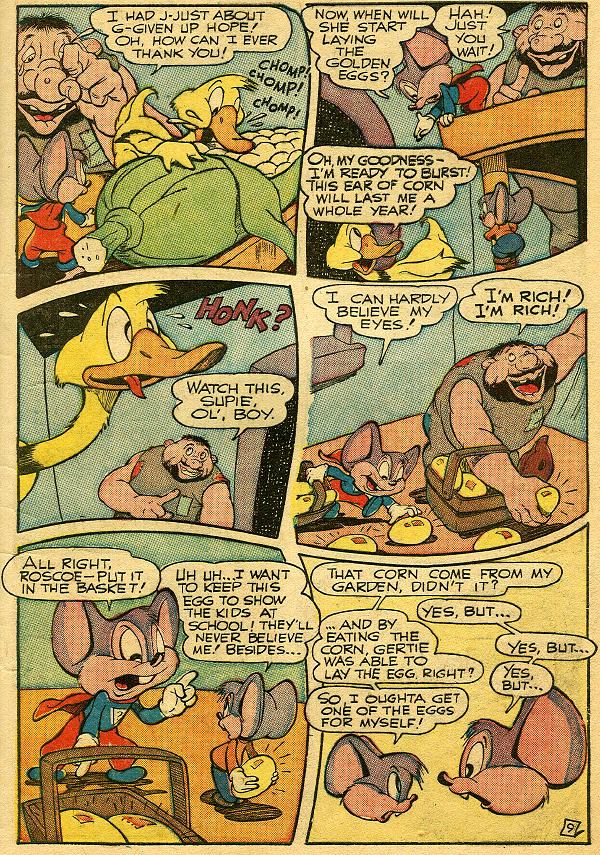 As many comics fans know, Frank Frazetta did some illustrations in the late 1940s for text stories in these funny animal comics . This issue of Coo Coo is blessed with three: 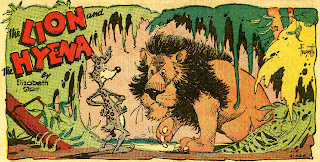 I thank you kindly for the Nedor Supermouse tale AND love you for also including the Frazetta illos.

When I have occasionally had some of the Nedor books, I have always enjoyed the "filler" stuff that their books featured. Although mostly humorous, the quality of those gag pages often outshines the lead features.

Supermouse? Wasn't Mighty Mouse originally called Supermouse in his first cartoon, and his name had to be changed because of copyright problems with DC Comics? That's what I always heard, anyway -- probably an urban legend. Looks like someone still managed to create a Supermouse, anyway!

actual story was that Mighy Mouse changed to that name because of Supermouse (who came out a few months earlier).

cover of this issue by Carl Wessler,
art by someone in the Fago studios.