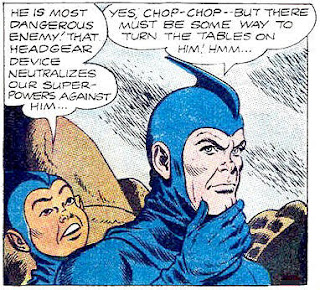 In the '60s I had disdain for the Blackhawks. Jack Schiff, editor, had changed the characters into one of those teams challenged by some science fiction creatures. Going back over a batch of coverless and poor condition comics I got years ago for a couple of dollars, including early '60s issues of Blackhawk, I have a different attitude. The stories are wild and oftentimes just silly, but nowadays, with my brain burned out by what seems like a million comic books that are wild and silly, I have at least decided to recognize Schiff by giving him something of a pat on the back. (Schiff is deceased, so it's symbolic at best.)

In this story four of the Blackhawks end up in the “Secret Dimension,” but I must’ve missed the reason it is secret. Those Blackhawks are given super powers. The Blackhawk crew  would later get themselves some super powers, but this story came out a few years before that happened. 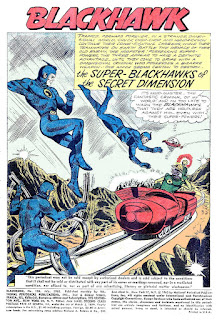 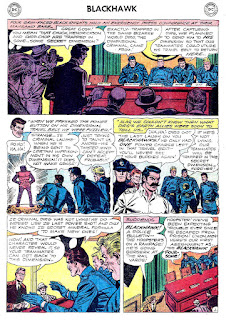 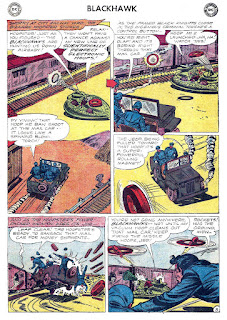 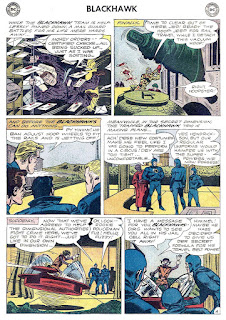 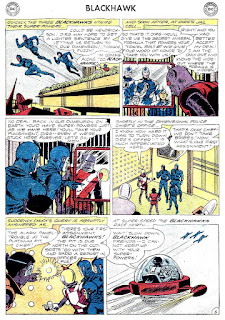 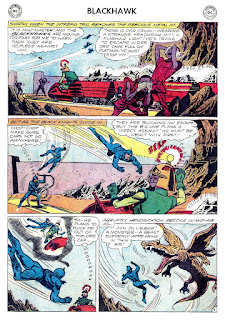 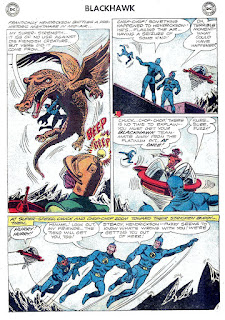 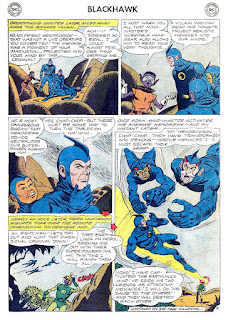 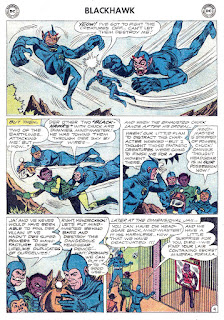 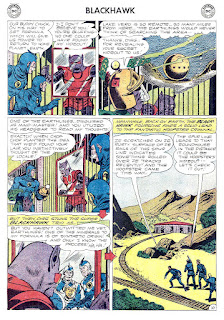 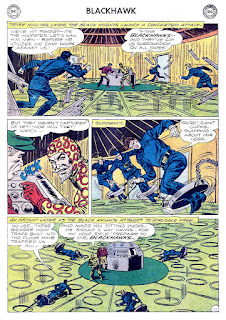 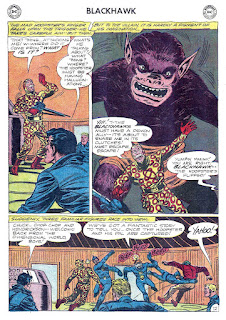 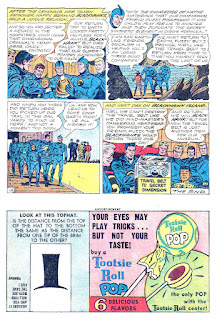