Number 2597: When Madam Fatal could have been arrested 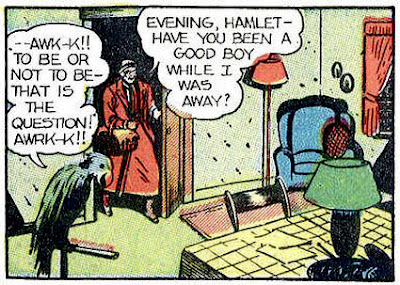 It is no secret that the character, Madam Fatal, dressed as an old woman. Madam was risking arrest in several cities, including (or all places) San Francisco. It was illegal for a man or woman in less enlightened times to cross-dress. The actor, Richard Stanton, took up the role as the old woman to help him solve the crime of his daughter’s disappearance.

I've also included a two page story of Slap Happy Pappy, who is yet another Li'l Abner take off. He was created by artist Gill Fox for Crack Comics #1, and continued on after Crack Comics #9 with stories and artwork by Jack Cole.

Using a mirror as evidence, I, your aging blogger, Pappy, look more like Slap Happy Pappy every day. 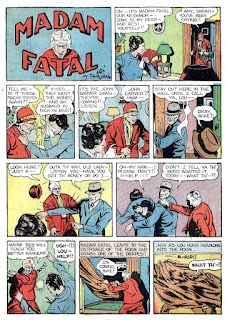 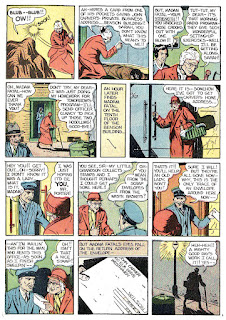 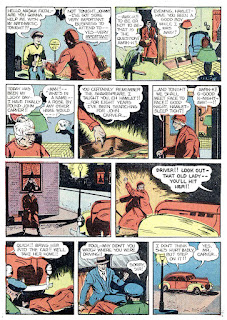 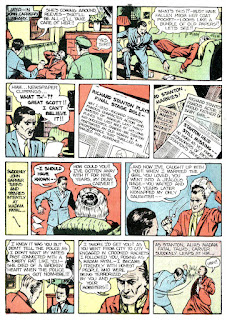 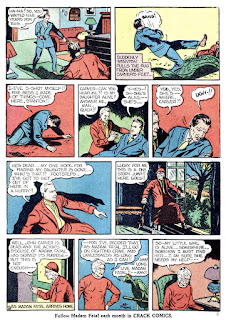 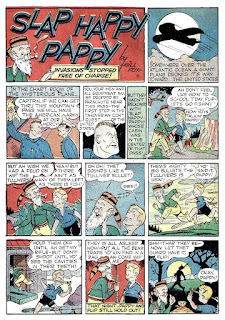 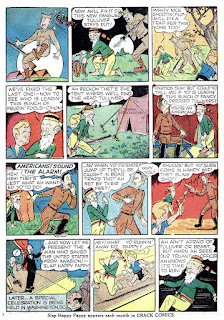