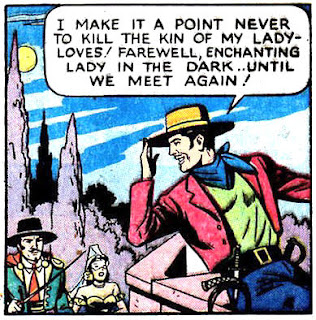 Jon Juan, is, as today’s title declares, a great lover. In the story we are told he is a man who gets what he wants.

Jerry Siegel and Alex Schomburg are the writer and artist who did this story of a gallant gentleman/sex addict. Jon is not only the world’s greatest lover, he can fight, too. Swordplay! Even a scene of knife fighting! To Jon Juan a kiss is worth risking a fight with armed interlopers. He is immortal. On the make and doesn't die. A longtime dream of many men...although 'tis just a fantasy. 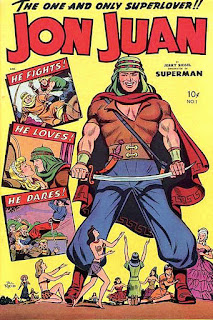 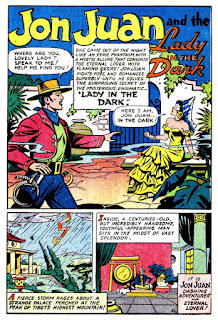 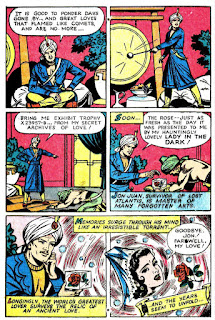 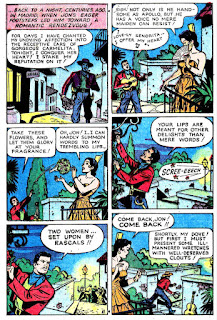 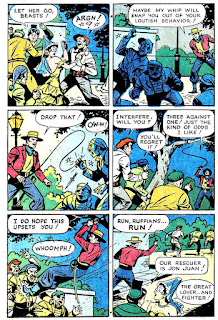 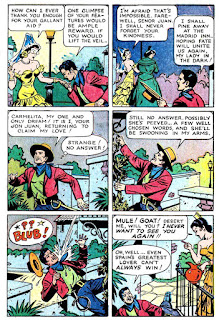 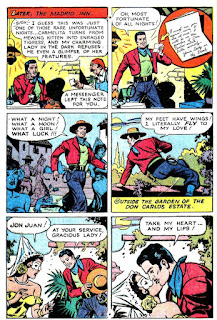 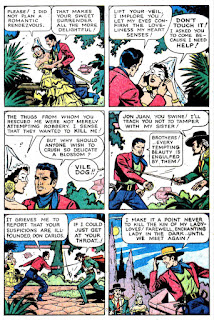 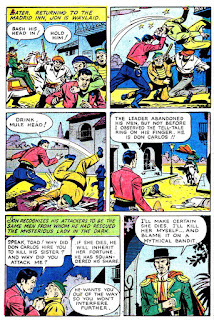 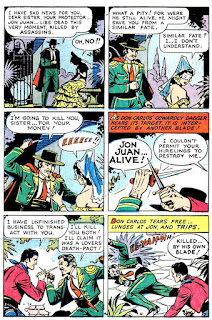 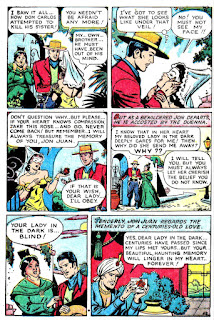