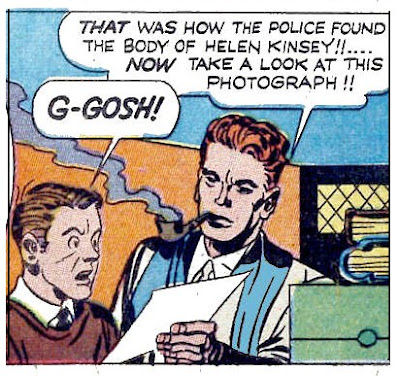 Red-Hot Blaze has the files on crime. He figures that the killer of one woman is actually the killer of four women, with consistency in the killer’s modus operandi from victim to victim. But, as Red-Hot tells his young unnamed pal (unnamed but for “sonny” and “kid”) he has the real clues in his files on who is committing those egregious crimes, a chain murderer, no less. Red-Hot says to the lad that he is sending the files to Headline Comics to solve the mystery. Golly gee, Mr Blaze...would sending the information to the police be a wiser choice?

(Was “chain murderer” used in the past to describe what is now known as serial killer? Or is the term a figment of Red-Hot Blaze’s imagination?)

The story, in the all-Kirby and Simon Headline Comics #24 (1947), ends up with some dope dissing, part of the tactics in those days to try and keep kids off drugs. 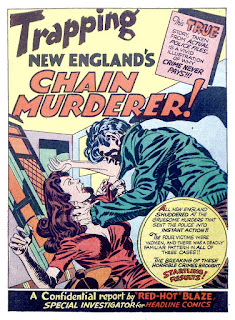 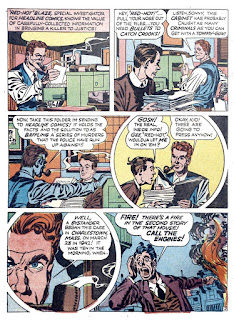 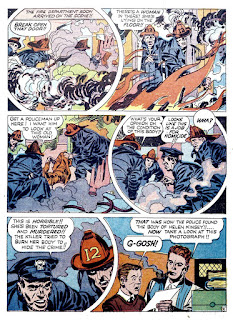 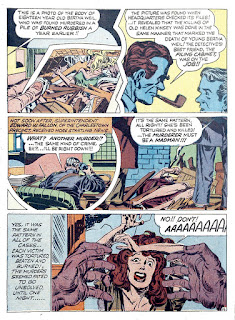 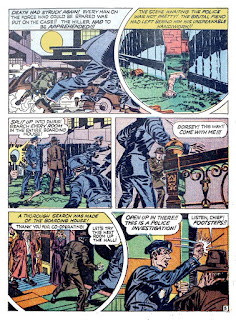 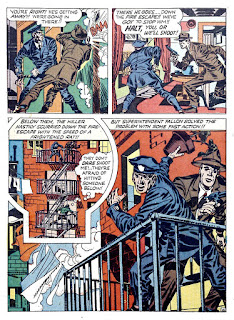 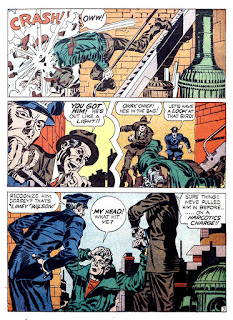 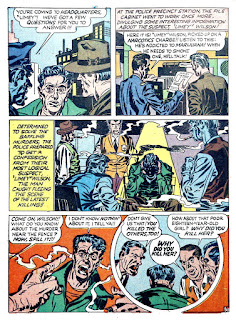 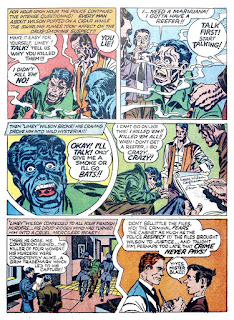 The first-person panel on page 4 is absolutely savage, great story and art throughout.

Blog Mann, Kirby could draw faces...his talent jumps off every page, and in the crime comics he did some really raw faces. Even though "Red Hot Blaze" as a character is unnecessary, I still get a kick out of every panel Kirby did in those wild and woolly crime comics.

The term “chain murder” is nearly idiosyncratic. A search of printed matter scanned by Google finds only one instance of use, in The Saturday Review of Literature volume 19 (1938). The form “chain murderer” doesn't appear in a search at all.