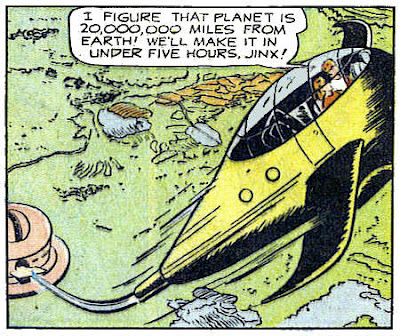 I am not sure more than one episode of “The Space Speedsters” ever appeared. Nedor Comics sometimes had guest appearances from other comic characters in their comics. The story, “The End of the World,” appeared in Black Terror #23 in 1948. "The Space Speedsters" are not promised to return, either in the next issue or in any other comic book. That seems to be be a sign it was a one-and-done feature.

Going through my archives I have shown more than one story from other publishers that include a spaceman and his girlfriend flying through space in a ludicrously small craft. This one gets some sort of howler alert you can see in the panel above, where the space guy says, “I figure that planet is 20,000,000 miles from Earth! We’ll make it in under five hours, Jinx!” Perhaps he is telling her because based on the size of the spacecraft, five hours might be the as long as Jinx and the pilot/boyfriend, Randy Colman, can go without needing a toilet.

No writer credited; art credited to Stan Aschmeier by the Grand Comics Database. 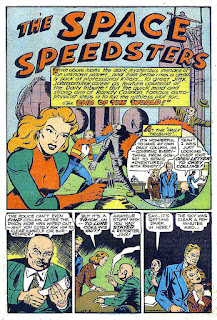 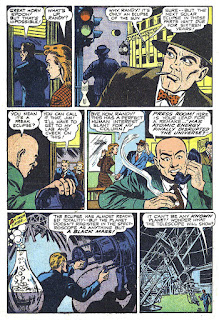 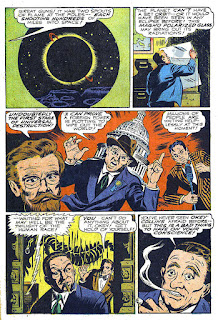 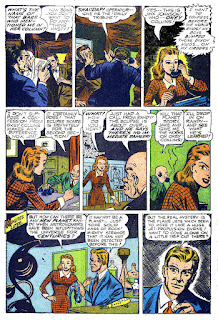 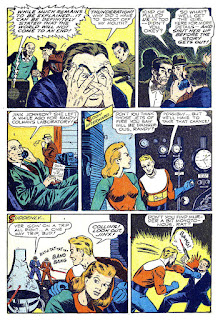 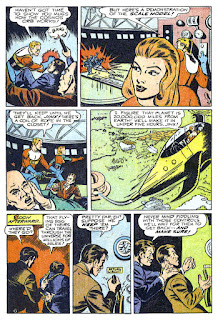 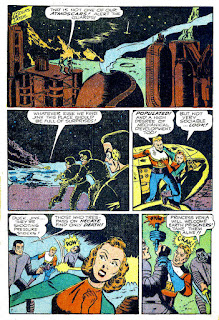 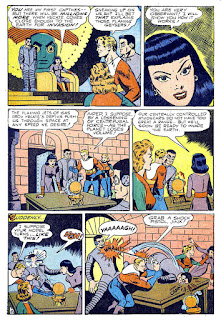 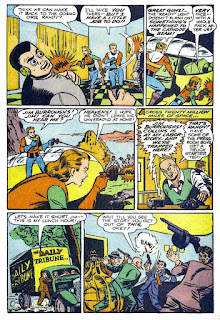 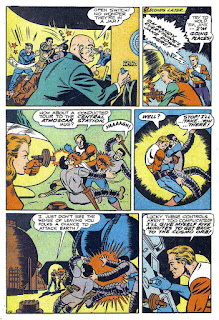 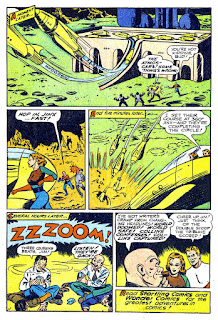 About once a week, I share table with a retired astrophysicist. He sometimes tells stories to me of his time at NASA. But I guess that he's of a modest sort, ad he's never told a story like this one.

Daniel, I have visualized what the male would do, based on stories of my male friends who take road trips. An empty Big Gulp cup makes for a good port-a-potty. The female would have more problems, especially with the male, who would create an additional problem if they were both weightless. Floating urine balls. Ugh. Let's change the subject.