Number 2492: The god of violent death 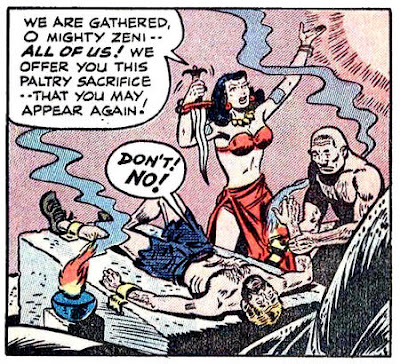 Zeni is the god of violent death. (As if human beings aren’t up to par when it comes to war and death.) A story from Forbidden Worlds, “The Deity of Death,” explains it, and how a former soldier suddenly, and inadvertently, becomes an acolyte of the stone god on the island of Ilomar.

Many of the stories from the ACG supernatural comics use a loving couple to prove that love can survive the most dire and dangerous events. The story puts a twist to that ending. [SPOILER ALERT: I always love this! It is yet another story (I have shown a few over the years), where a guy is able to get hold of a nuclear bomb, in this case getting a plane by socking the lone guard of a bomber at a “secret island.” [END OF SPOILER]

A major plus for me in choosing the story is the artwork of Edmond Good, a former artist from the Canadian comic book industry. Good came to the U.S. when those comic book companies went out of business after World War II. Edmond Good was well named: he was a very good artist. If anything, his work in this story  reminds me of another comic artist, Kurt Schaffenberger. Both Good and Schaffenberger were great at inking. 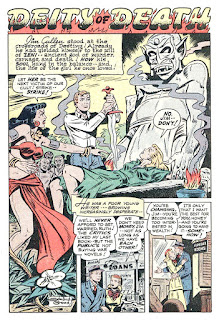 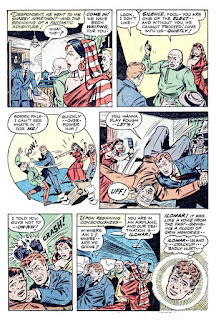 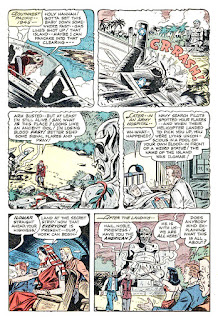 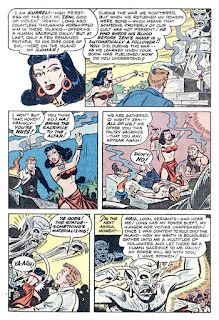 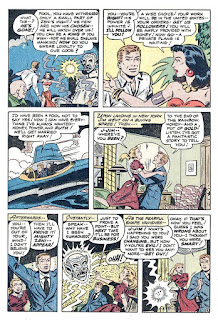 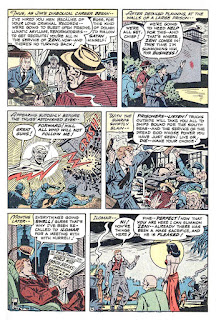 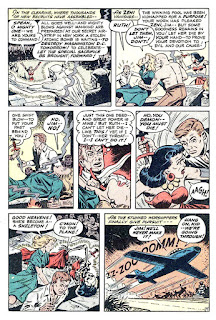 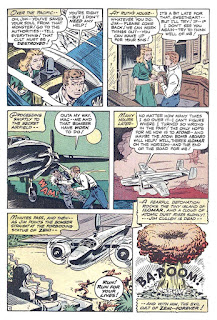 You may laugh, but not once have ever I failed to steal a nuclear weapon by socking just one guy, properly chosen!

Normally, nuclear bombs of that era were designed to detonate in response to an altimeter, rather than upon impact. Of course, the idea was for Jimmy to destroy himself, and doing that either ex post or by allowing the shockwave to overtake his plane would have seemed less heroic and excited more questions about the appropriateness of suicide; but flying into the altar would have produced a less devastating blast and might even have prevented a nuclear explosion.

I never get tired of "she's become a skeleton!" a line I think was certainly in the top 10 lines for the 50s horror stories!

There's always economy of plot in these short tales, and because of it our hero basically switches sides on a dime. I love the crazy prison break! This is a fun one!

Daniel, I'm not sure if in that era anyone attempted to steal an atom bomb, but nowadays someone can build a dirty bomb, or so it is claimed. I have wondered if that was more fantasy than a real possibility, but I hope I don't have to find out the hard way. After all, I was a kid during the era that there was testing in Nevada, so I'm a Downwinder. The nuclear clouds wafted over my home state. I'm still here as a septuagenarian, so I guess I dodged that danger. It was probably because I was in the house reading comic books.

Brian, I don't want to hurt your feelings, but your profile photo shows that you are a skeleton!