Number 2495: The killers are dead shots with head shots 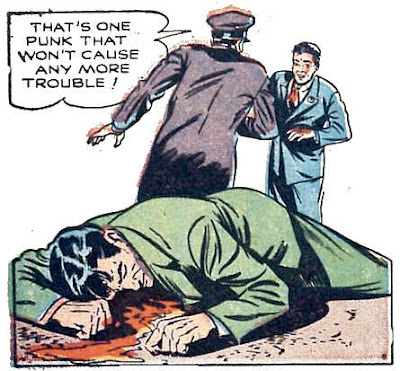 Quoting Heritage Auctions, when they sold a near mint copy of the comic book, Underworld #1 in 2006: “Mile High pedigree (D.S. Publishing, 1948) Condition: NM-. This issue's body count is high even for a crime comic, there's someone getting rubbed out on almost every page, with death by a point-blank shot to the head more often than not! Hence Overstreet's "excessive violence" tag. No less a talent than Sheldon Moldoff rendered the issue's cover.”

Those head shots, and other graphic shootings, are there in this tale of a pair of brothers, “The ‘Mad Dog’ Murderers.” It may have been noticed by the vigilantes who had declared war against the comics, and always eager to throw a comic book on a bonfire. We slavering crime comic junkies are fortunate that some comic book readers kept their copies of Underworld #1 away from the book burners.

No writer named, but along with the cover, Sheldon “Shelly” Moldoff did the skull-shootin' story art. From Underworld #1 (1948): 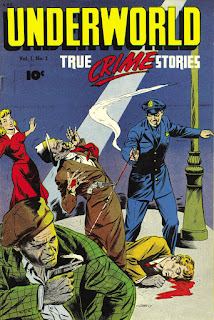 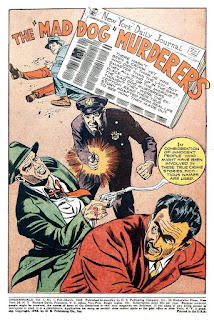 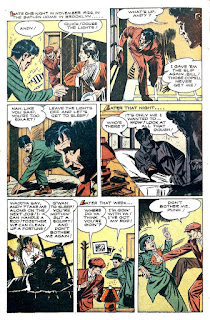 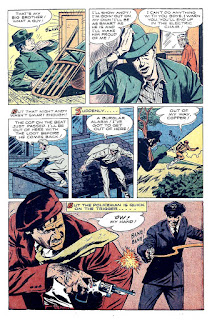 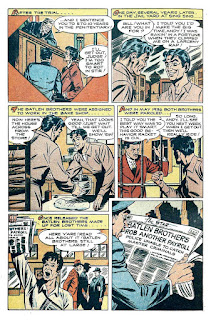 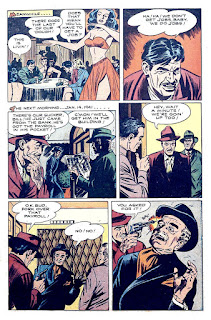 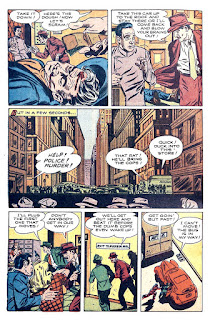 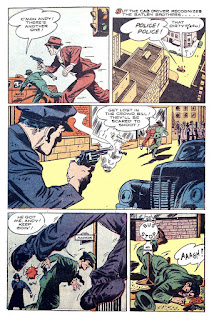 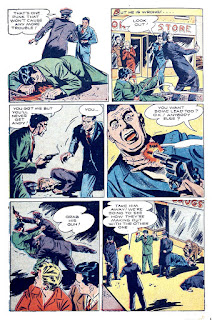 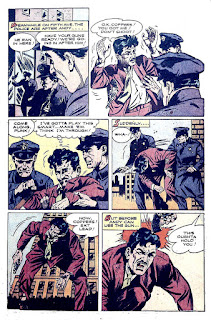 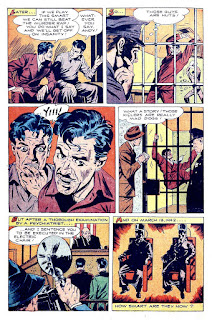 Because of the variable quality of Moldoff's art and his propensity to use swipes, and because of the slapdash nature of the script, this story seems on the border of being a collage. Actually, someone really ought to take a bunch of old crime comics and assemble a story by collage; it could be quite wonderful.

What's going on in the middle panel of the sixth story page? At first I thought the black strip with men's hats silhouetted against it was supposed to be the street, the idea being that the hats are people crossing the street in front of the camera. But the perspective doesn't match, and the black rectangle seems more like a fence blocking our view of the street. Very peculiar.