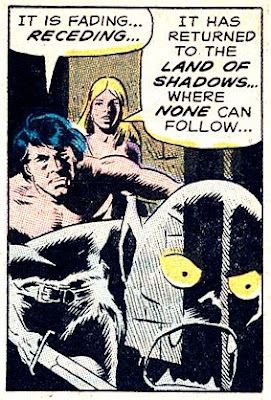 Marvel Comics had a title called Tower of Shadows which began  in 1969. It published some reprints and some original stories, and lasted 9 issues before becoming Creatures on the Loose. I remember buying the comic with its original title, because some of them had stories by Wallace Wood. I’ve still got them.

The story, “The Ghost Beast,” appeared in Tower of Shadows #6, from 1970. Something I noticed about Wood’s storytelling is that in this period his stories were economical (i.e., short), all fantasies. Wood, along with most all of the artists working for Marvel in the early '70s, is deceased. It’s not Tower of Shadows I collected, but Wood. 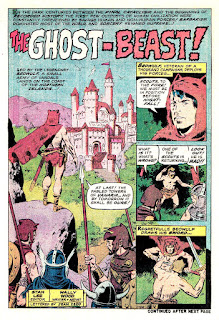 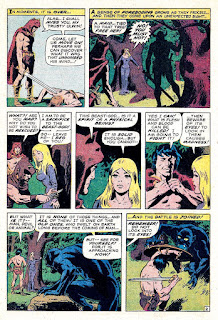 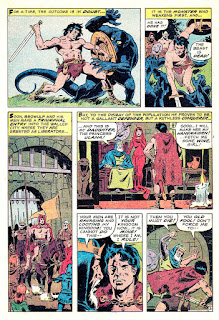 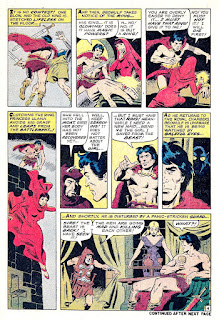 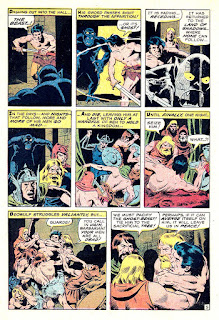 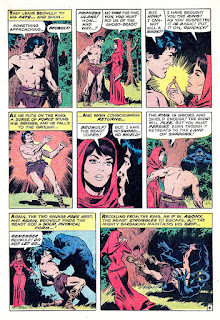 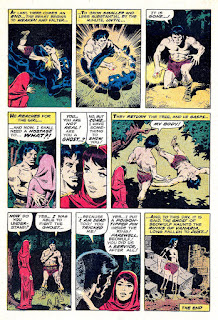 I lack a clear memory of when I became aware of Wood as an artist, but his distinctive style would have begun registering with me when I was about six years old — I had the Fireball XL-5 lunchbox. By the time that Tower of Shadows began to appear, he was amongst my favorite comic-book artists.

I think that I would have pointed to “The Mad Comic Opera”, Mad Magazine #56 (July 1960) as my favorite piece of his work. I wasn't taken by its story or script, but by the tour de force of Wood's art. Who could draw like that?!? That was Dick Tracy, and yet…. That was Tarzan, and yet…. That was Dagwood, and yet….

Wood does a great job here, it's not as intricate as his sci-fi work, but it's still great, vintage Wood, with all the Wood hallmarks.

Beautiful splash, though a mild complaint is the creature is relatively dull. First panel, page 3, is the great kind of work you'd see later with people like Buscema doing in stuff like Conan.

That was a surprisingly effective tale, where the Conan the Barbariaesque "hero" turns out to be not just a scoundrel but one who loses out in the end.

By the way, I liked how Beowulf's cape stayed dramatically suspended in the air so as to show off his physique when he first appeared :D

The first name that springs to mind, as a survivor of the seventies, is John Romita.