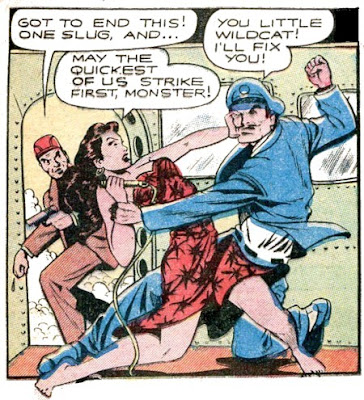 This is a good example of how some comic book companies, when faced with the new Comics Code, put old artwork and stories, newly “coded” for the censors. In this case our heroine is Vooda, Jungle Princess, who eight years earlier had appeared as Alani, "South Sea Girl," in Seven Seas Comics.

The change of name is simple. Because of the Code's taboo on horror comics, publisher Robert Farrell had to drop the horror title, Voodoo, so he just tweaked the title a bit, and voila, Vooda! It only lasted three issues, through #22, before it was canceled. Maybe the Post Office caught up with the title change and demanded new money for the second class postal permit. Whatever. In Vooda there were some changes in the artwork. Vooda’s costume covered up more than the original 1947 version. Somebody on staff had to do some whiting out and redrawing. In the indicia the credits for Vooda list Farrell as publisher, Ruth Roche as editor, and S.M. Iger as art director. S.M. Iger, also known as Jerry Iger, was the boss of the artists who made up the Iger Shop,or art service, or whatever you want to call it. Ruth Roche was his writer. They were responsible for writing and drawing the contents for several different publishers over the years.  Iger and Roche worked for Ajax-Farrell until 1957.

The best part of the Alani/Vooda comics is the artwork by Matt Baker. They could cover some skin for the Vooda version, but no one could cover completely Matt Baker’s beautiful artwork. 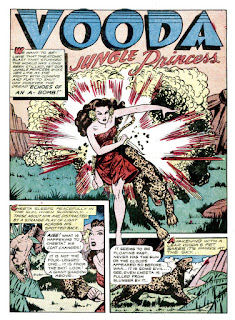 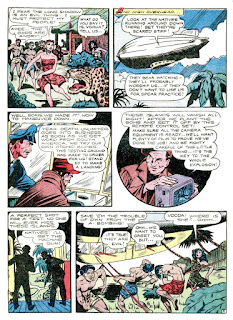 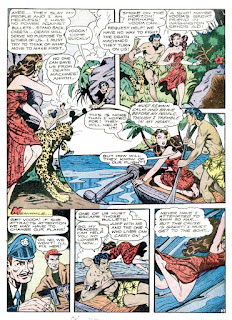 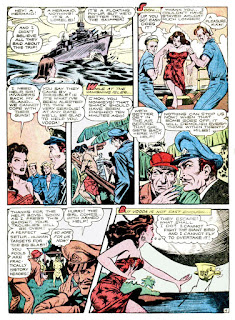 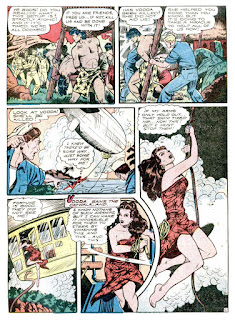 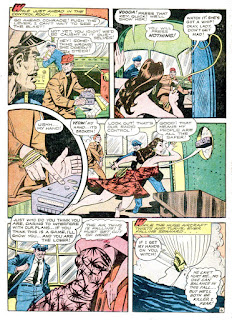 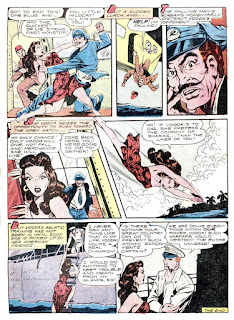