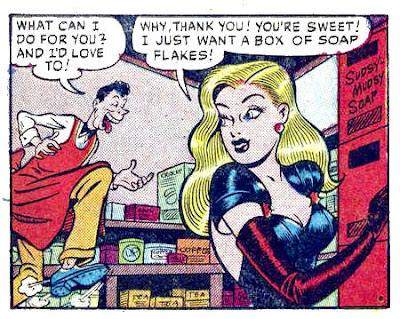 Modern Comics #102 (1950) was the last issue of the comic that began as Military Comics. One of its features, Torchy, had been created by artist Bill Ward during World War II. After the war she became a character in Modern Comics, which cover featured Blackhawk. Later Ward got busy doing Quality Comics’ love comics, and Torchy was turned over to Gill Fox, who, like Ward, could draw a pretty girl.

The blue-nosed censors wanted to get rid of all comic books featuring such “unsavory fare.” Torchy had her own comic book for six issues, but Quality Comics dropped that, and after the last issue of  Modern Torchy was then featured in Doll Man, the place where she started her career. Gradually other artists took over and that is when my torch for Torchy gets extinguished. The story here is, as usual, silly, but I am sure the drawings were why most readers looked at it. Did anyone read it? I did, which is why I know it’s silly, but who cares, now or in 1950? Torchy’s sex appeal affected without apology.

The Grand Comics Database credits Gill Fox for both the story and art. 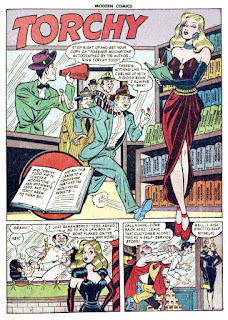 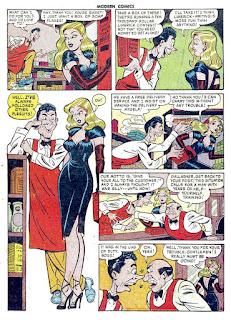 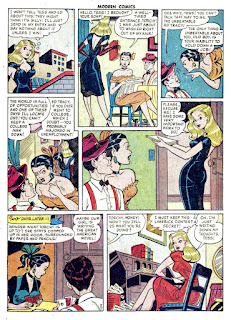 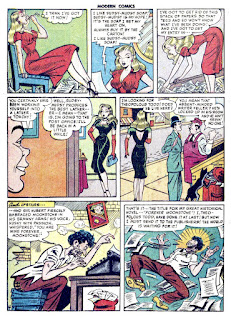 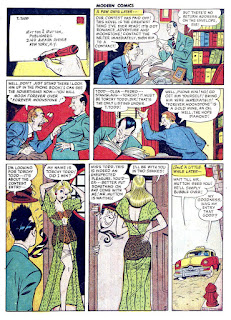 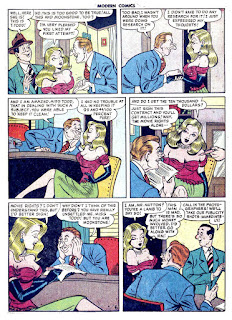 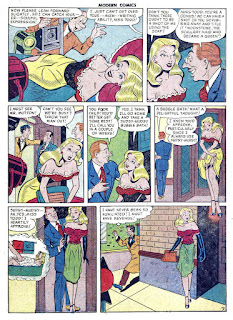 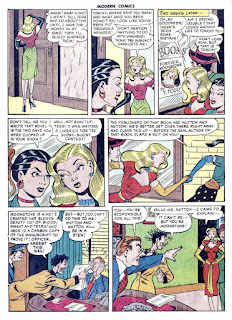 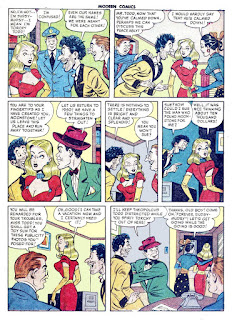 You can tell it's not Ward because there are some panels without massive high heels!

There's an obvious point to the art in this, but even outside all the good girl art, it's a really good job. The more comical men vs the less stylized women, it's crisp and clean, and easy to follow.

(Maybe it's just me, while I can admire the skill put into drawing them, I don't find jokes about prostitution funny.)