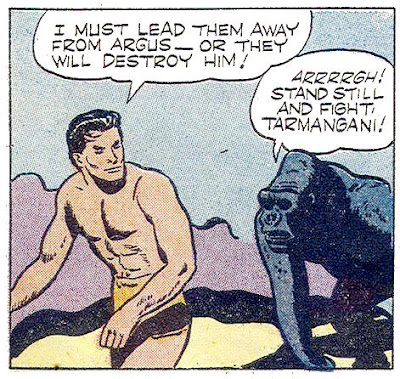 Tarzan hops onto Argus, his giant eagle, for a flight to the city of Cathne. There he encounters some belligerent Bolgani, who are bent on making Tarzan bund. Yep, there are ape-words in this story. Bolgani is gorilla, bund is dead. The creatures, as well as Tarzan, are wont to holler out "Bundolo!" which means kill. Tarzan is a bloodthirsty type, having named his own son Korak,* which in the ape language means killer. (Note: after this appeared reader Dwight Harvey wrote to remind me that Korak's real name is John.)

That aside, this is yet another story where Tarzan helps with the fighting in a city hidden in the African jungle, injecting him into their wars. It was written by Gaylord Dubois and drawn by Jesse Marsh. It appeared as the lead story in Tarzan Jungle Annual #4 (1955). 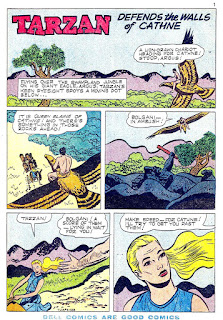 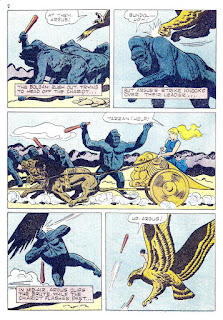 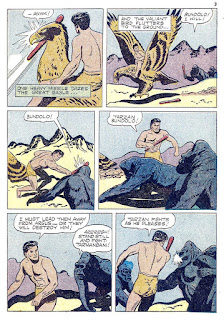 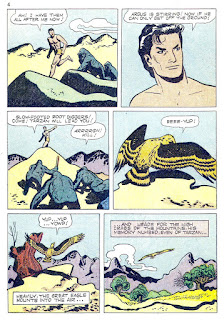 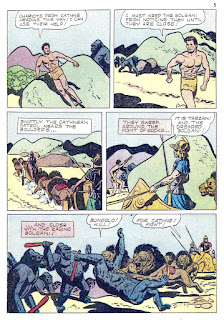 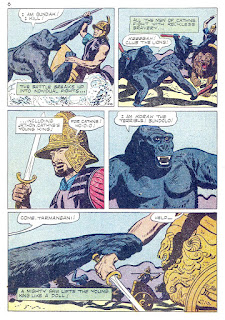 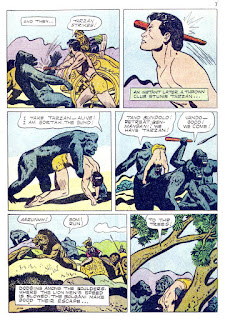 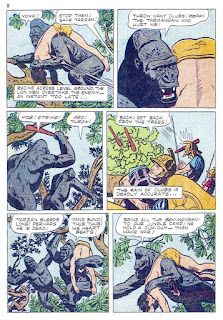 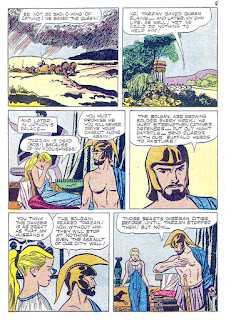 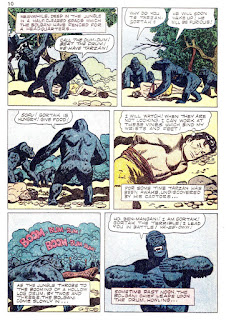 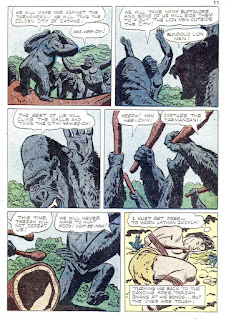 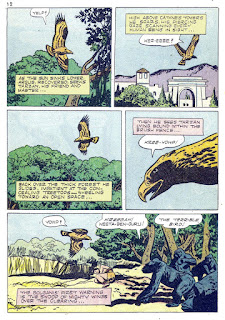 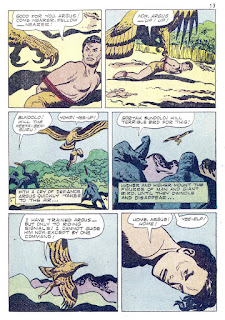 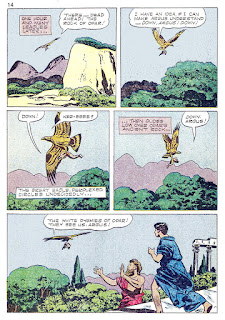 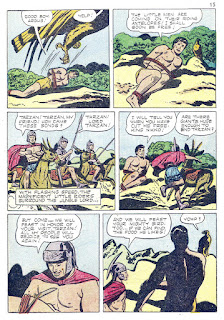 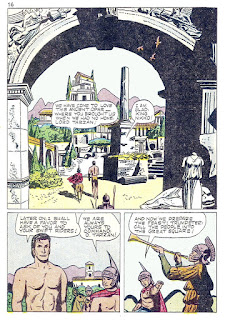 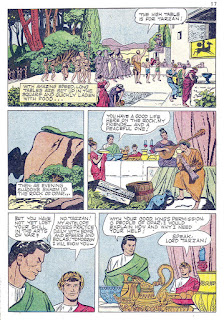 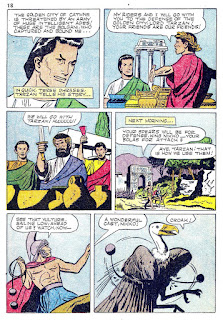 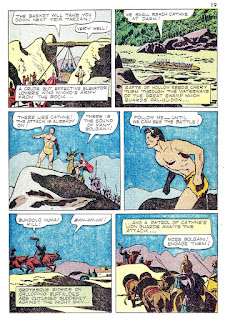 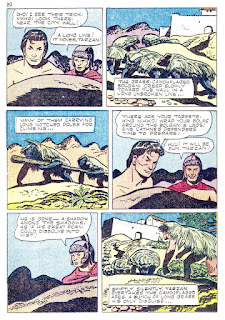 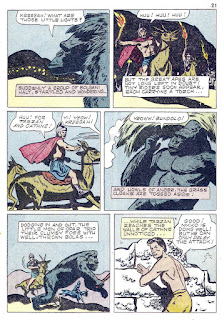 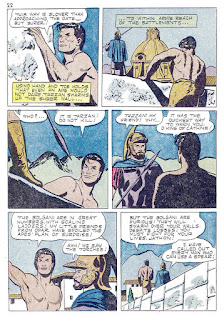 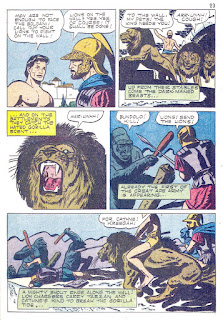 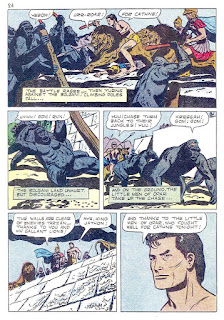 *In the Dell version of Tarzan’s parenting, his son is called “Boy,” which is what they named him in the old Tarzan movies, and was carried over into the comic books. It was apparently because the movie Tarzan and Jane were not married, and after they found the baby, decided to set up treetop housekeeping. Don’t ask me the circumstances. It has been at least 50 years since I saw that particular movie in the Tarzan series. For a time in the early 1960s there was interest in the Tarzan of the screen, and they were shown on a local TV channel on Saturday afternoons. I remember having an attitude about the movies, since I was a member of the Burroughs Bibliophiles, and was actively reading the original novels. I thought that made me an expert. When I once tried to explain the differences of the movie Tarzan and novel Tarzan to some classmates they looked as if they would rather grab a vine and swing away through the trees, somewhere far from me.

In retrospect, who could blame them?

An old Burroughs Bibliophile should know that Tarzan did not name his son Korak. Tarzan and Jane continued the Clayton family tradition and called him John (Jack). Akut the ape named him Korak, after Jack (egged on by Alexis Paulvitch, Tarzan's old nemesis) took the ape back to Africa, where Paulvitch tried to attack Jack and Akut killed him. Jack and Akut fled into the jungle and lived with the apes, where Akut named him Korak (the killer).

By the way, Korak/Jack continued the tradition himself. He later called his son John, who was known by the family as Jackie.

Dwight, thanks for that information. I probably knew it in the early '60s, and I should have checked. My only excuse is that I recently went through some old Gold Key comics, and I have some issues of Korak Son of Tarzan. Having bought them new, I might have known that Korak wasn't his real name, but...well...in the intervening decades since the sixties I had forgotten.

I appreciate when readers can help me. I have also gone back to make a note in my original posting.