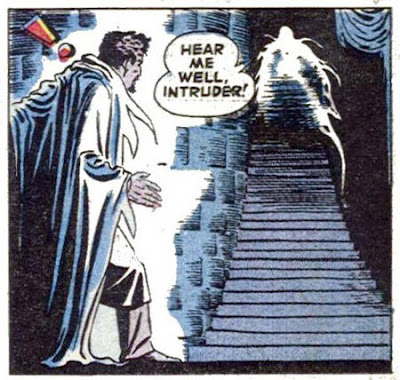 In the late '50s and early '60s my friend Ron and I read (and often scoffed at) what we called the monster books from the pre-Marvel monster comics of Stan Lee, Jack Kirby, Steve Ditko, and Don Heck. We thought the big monsters of Jack Kirby were funny. We were kids. I am way past my snarky teen years, and I still think they are fun to read, and the monsters still make me laugh.

Steve Ditko usually contributed at least one 5- page story per issue, which as far as stories go, were fairly lightweight, but wow, that artwork of his. Kirby and Ditko were artists with distinctive, yet different styles. I still admire the artwork of both of those now-deceased gentlemen, and I can't admire one over the other. 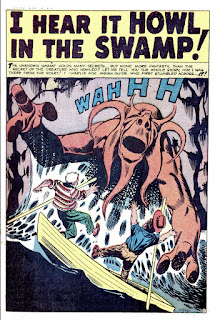 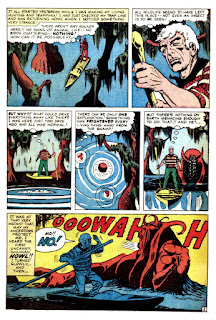 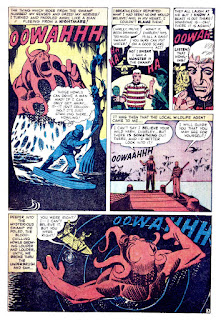 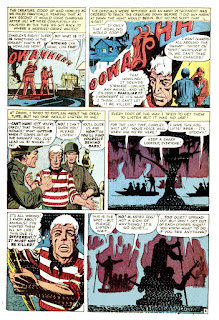 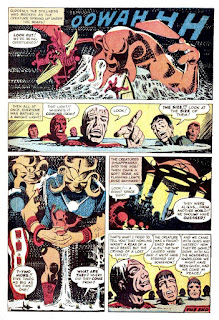 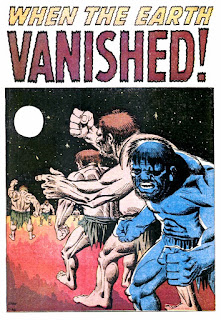 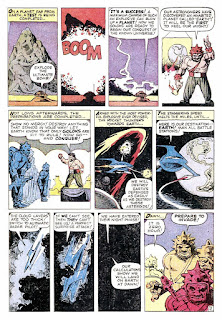 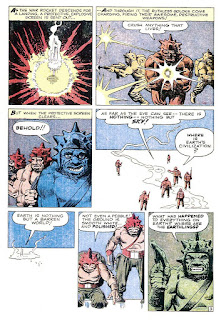 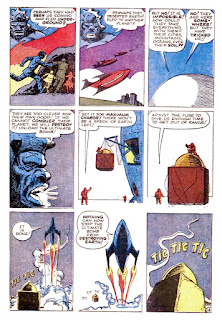 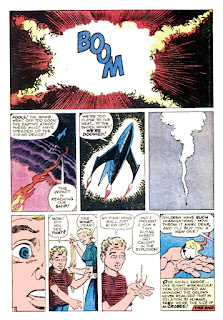 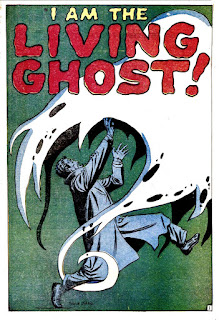 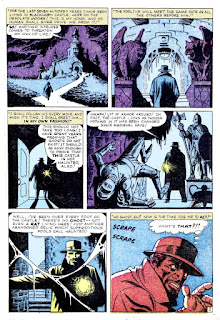 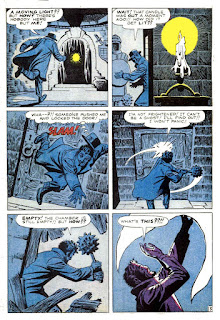 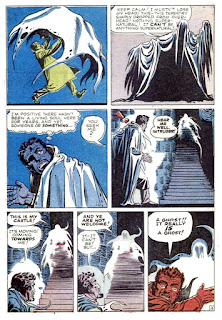 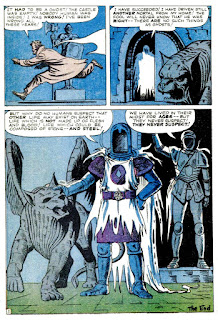 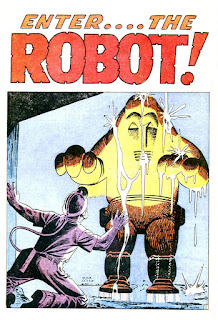 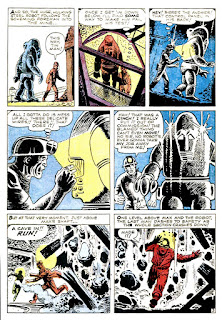 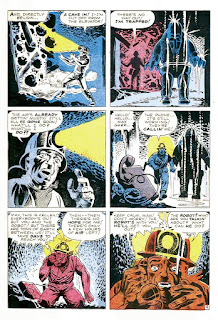 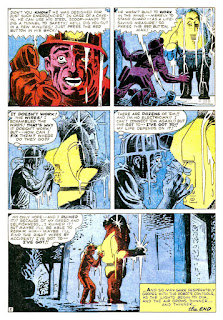 My favorite "monster" is the robot.

I was never the biggest fan of the monster books because the stories had a bit of moralizing that was always a bit cut and dried and the predictable, but like you, wow, the art.

I think the monster in the first story is just singing the doo-wops from "Dear Mr. Fantasy".

When Ditko inked Kirby, the results were fairly good.

I think that Ditko was at his best doing atmospheric stories of metaphysical horror. Which is to say that he was most suited to produce just those stories which would have most appalled Ayn Rand. Well, go fig're.

The stories here are very light-weight, but more to my tastes that those of the same general period in which some enormous, Godzilla knock-off, with or without sentience, would supposedly threaten the wholesale destruction of mankind.

Nice of Mr Mineowner to not bother to tell his foreman what the robot was supposed to do right at the start. How do you "test" something when you don't know what it's for?

Bill, interesting point, and I go back to the year it was published, and the age I was when I first read it (barely into my teens). Not testing the robot didn't register with me, because I knew no better.

It seems like a cop-out, though, because I didn't notice it at my much more advanced age, either.

Daniel, I recall that the reason my friend and I had laughs from the monster books is because they were all variations (and very slight variations) on a theme, story after story. They were entertaining, and I look back on them with nostalgic fondness, but good lord! How many times can giant creatures from other worlds invade Earth? Apparently they sold, and I'm sure Jack and Stan decided they would milk it for as long as they could. The creatures, aliens, monsters, lived on in The Fantastic Four, also, which made my friend call Fantastic Four #1 "more monster crap."

Darkmark, I have been known to hum along with Dear Mr Fantasy, also. It is good because the song "makes us all happy."

Thanks for reminding me. Your note has put it back in my head. I'll play that album by Traffic now.

Brian, I guess what I saw as a flaw in the monster books when they were new, from the vantage point of 60 years later you see more kindly. I only occasionally look at them, but while I don't remember a particular story from any of the comics, they do take me back about 60 years.

I'm sure they were aimed at Baby Boomers, because that large group of kids were still buying comic books, and Stan and Jack, from years of experience, knew what would appeal to them.