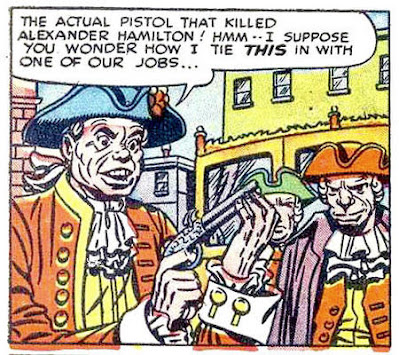 I raised a smile on my face, even on a stay-at-home pandemic day. (I am writing this in September, 2020.)  Mrs Pappy and I watched the filmed Broadway musical Hamilton, and a few days later I found the above panel. That coincidence was enough reason to show the whole story. It is from a Boy Commandos tale, and beyond the Alexander Hamilton reference, the story seems a not uncommon gimmick story for DC Comics. A bad guy has collected weapons tied to famous people and events, and wants to use a machine gun to wipe out Rip Carter to give himself, and the weapon, notoriety.

The Boy Commandos were nearing the end of their run in 1940’s comic books. Created by Joe Simon and Jack Kirby in 1942 as a group of boys fighting in World War II, it ended as a postwar boy gang having adventures with the sole adult in the group, Rip Carter, carrying on from the war years as their leader. Boy Commandos stories were published from 1942 until 1949. They appeared in their own comic book for 36 issues, as a backup feature for Detective Comics (86 issues) and World’s Finest Comics (33 issues) before they were bumped. It was a time of transition in comic books. The old costumed, super and urban heroes were giving way to other types of heroes, like cowboys and Wild West stories.

From Detective Comics #143 (1949). Illustrated by Curt Swan and Steve Brodie. 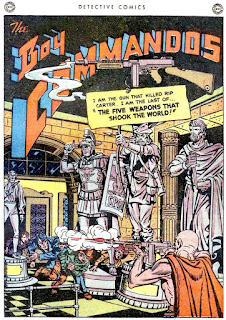 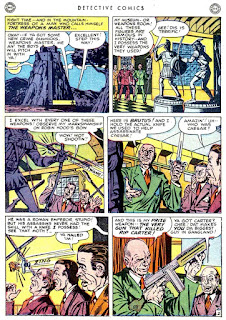 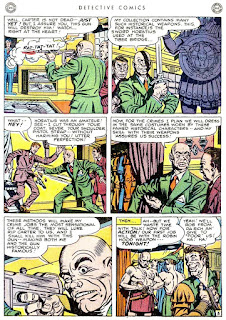 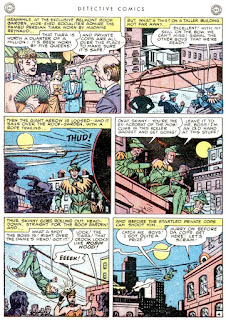 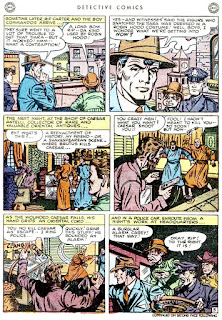 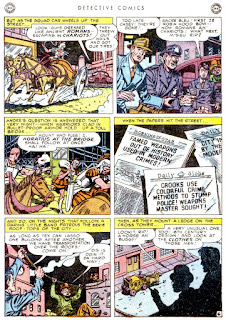 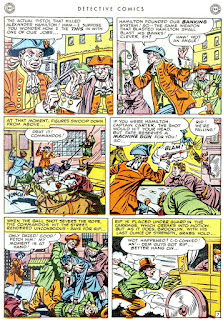 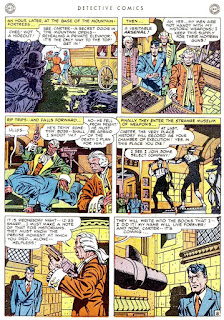 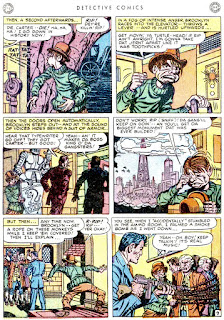 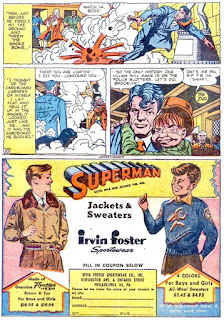 The dialogue of the first panel after the splash made me laugh. Can we imagine real thugs anxious for new gimmicks of the sort that would figure in such a story?

For what it's worth, some years ago, historian Phil Magness found and reported records of Alexander Hamilton's dealing in slaves, but the mainstream refused to attend to those records; they wanted the mythic Hamilton. Now, they've started to admit to the unhappy truth, but they don't acknowledge Magness's having produced those records years ago.

Daniel, there are many people who would like slavery to be forgotten. It won't happen.

I understand that Hitler based some of his policies on Jim Crow laws from the U.S. They also had slave labor in Germany. I remember in high school being told that, but when American slavery came up it was an almost taboo subject. At that time (early-mid sixties when I was in high school)my history teachers avoided it, and it might have been that I lived in very conservative Republican area, and they may have felt if they made something of human slavery while civil rights was a hot topic that they might bring down the wrath of the right wing types who were also parents of students.