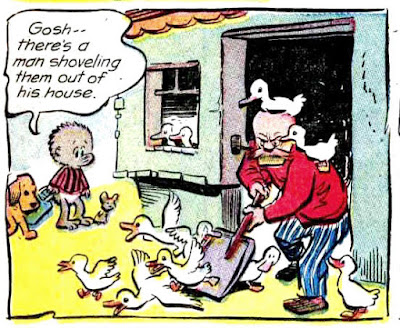 Christmas Day is a couple of days from now, but everyone has been wishing everyone else good will and happiness, and so will I. Merry Christmas, everybody.

The Pogo story I have chosen for today is really different for the Dell series of Pogo comic books that came out in the early '50s. For the most part the comic books follow the lead of the daily and Sunday newspaper strip (without the politics), but they do not include human beings, just swamp critters. This story, a take-off on the Traveling Musicians fairy tale, includes human characters. 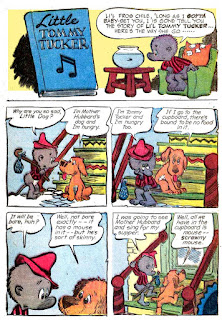 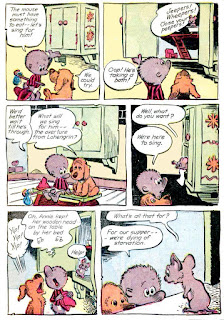 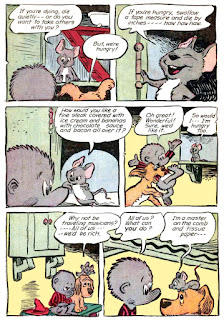 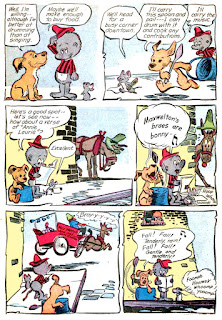 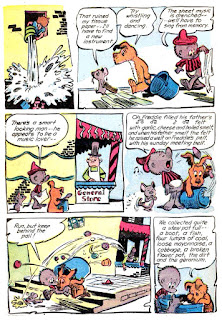 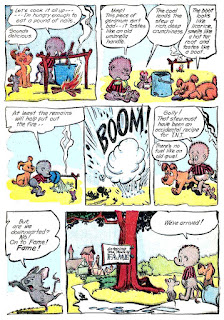 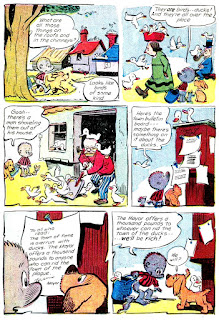 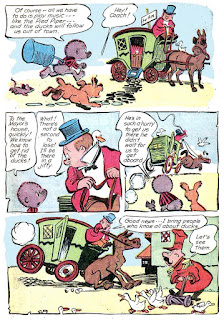 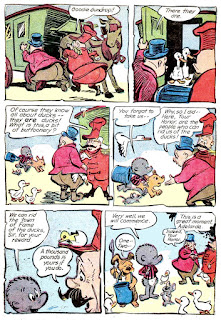 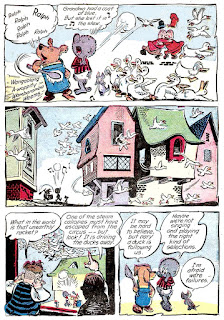 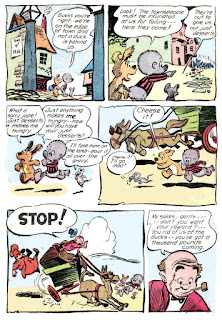 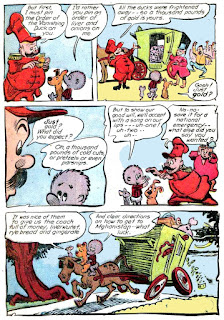 As H. sapiens in this case only appears within the folktale told within the story in which Pogo himself appears, we might treat those creatures as merely fabulous … were it not for their appearances in other stories.

I hope that the Solstice was a very fine day for you, and that Christmas will be still better.

1) The dog is so absolutely cute it's amazing
2) I love the Mayor about ready to *mow* over a duck!