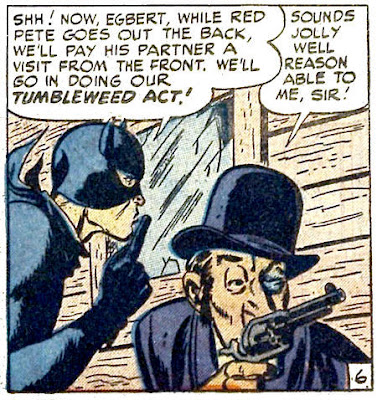 I am presenting the last story of the Black Bull, secret identity of rich young man Dale Darcy, who appeared in Prize Comics Western issues #71-#85. Black Bull was created, with his first story in #71 and another in issue #77, by Dick Briefer, more in the cartoonish tradition of his Frankenstein stories, seen directly below. Nothing like what was seen later in artwork by John Severin and Will Elder. 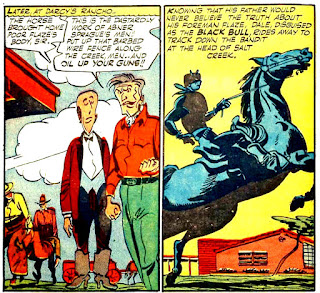 The origin of Black Bull is straight out of Zorro; a masked hero who keeps up a facade of a wealthy, foppish and indolent son of a rich rancher. I like Black Bull, especially by Severin and Elder, and for good measure, I like Zorro, also. If you’ve got to steal an idea, steal a good one. Zorro creator, Johnston McCulley, was turning out Zorro stories for pulp magazines, like Argosy All-Story, at the same time Edgar Rice Burroughs was writing his Tarzan books. And you know from this blog how many derivative jungle heroes owe their careers to Tarzan. Zorro made his own impact, inspiring other writers. 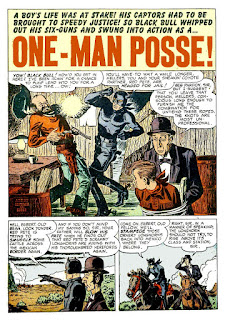 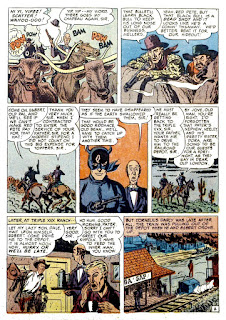 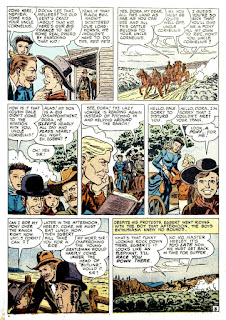 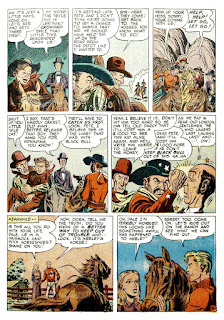 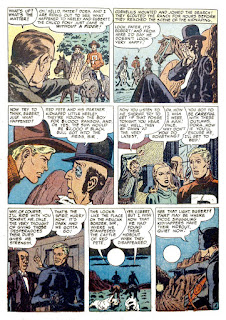 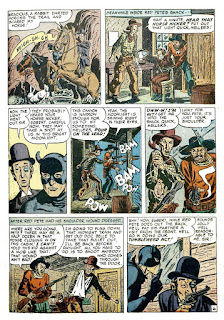 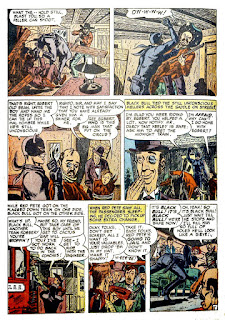 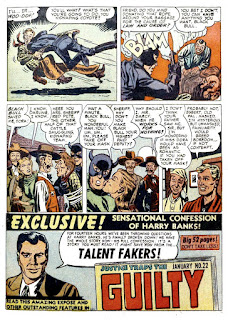 Egbert is, of course, yet another sidekick who does little or nothing to disguise his identity, thus creating an backdoor, mysteriously unused, by which to discover the secret identity of the main protagonist.

But what was truly absurd in this story was Red Pete's slipping away from the cabin, with a promise to return, while his sidekick remained to deal with the supposed posse, instead of attempting to slip away with him. It's not as if there were any hope of collecting a ransome or of re-establishing the cabin as a hide-out.

Nice job by Severin and Elder, but then Severin was always great on Western tales.

I have to say that Black Bull was pretty cavalier with his secret identity, I think about anybody would have figured that one out in half an hour of hanging around any of them!

I enjoyed -- more than I should have -- the unruffled and posh butler, a good comic side kick.