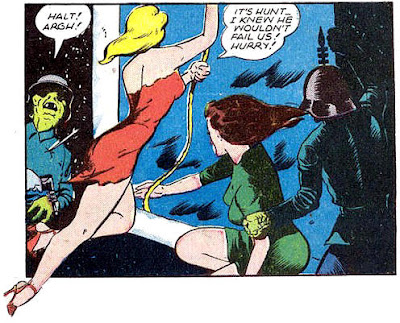 The character, Rosie the Riveteer, was the symbol of females working in the defense industry during World War while men were in the armed forces. There was no symbolic muscle-flexing woman who represented the women who were drawing comic books during that time.

In one issue of Planet Comics (#39, 1945) two women are for sure represented: Lily Renée and Fran Hopper. Renée drew the cover and “The Lost World;” Fran Hopper drew “Mysta of the Moon.” (There is possibly a third, Ruth Atkinson, but because the Grand Comics Database equivocates with a question mark after her name, I have decided not to show the “Space Rangers” story. I am also not showing “Gale Allen,” because of the question mark from GCD when listing Hopper with the drawings of Gale in an art job otherwise credited to Joe Doolin.) I am sure that both women helped morale of the male readers of Fiction House comic books by drawing pin-up Fiction House beauties, but also eye-candy to the younger male readers. 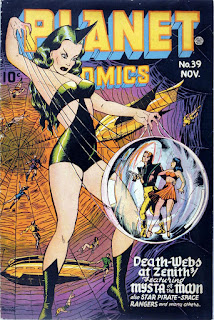 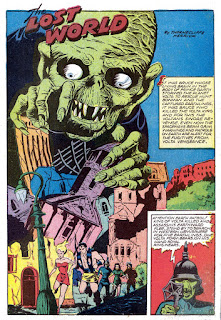 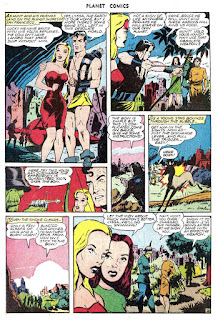 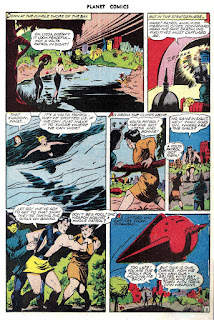 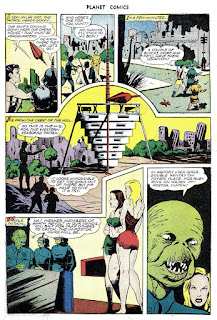 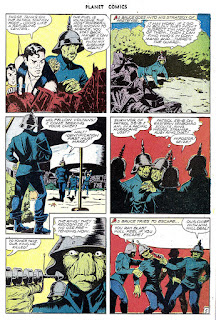 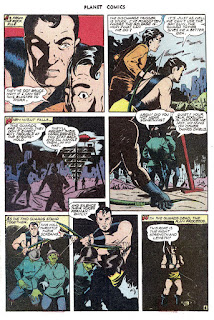 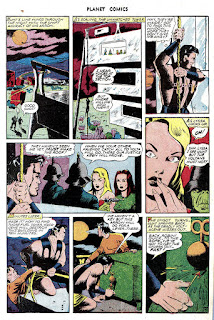 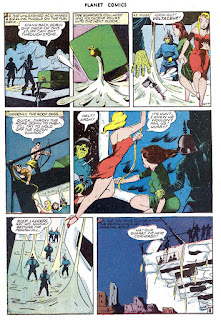 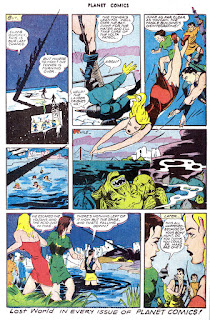 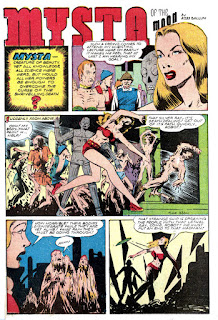 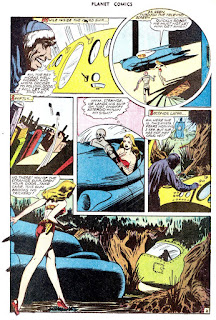 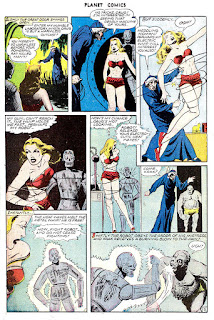 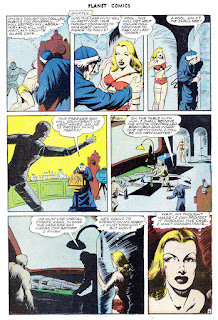 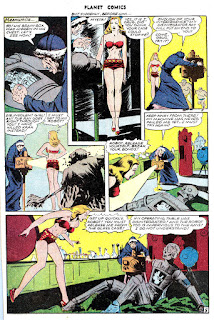 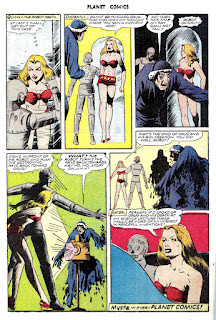 When I listen to radio-plays, I'm amused by the unnatural dialogue used as narrative. (“I'll get ready for bed. There, I've taken-off my shirt.”) In comic books, it's still sillier, as when Orug reports killing Krak. My guess is that thoughtless imitation of radio led to such story-telling in comic books.

I'll leave the anastrophic Yoda joke to someone else.

Fun strips, especially for the time, with good art.

The first strip has good writing, but the second is pretty poorly written in a lot of ways, but the art more than makes up for it, it's exciting and action packed even though every plot point appears out of thin air!

The implied nudity on page 3 must have gotten a lot of moms taking a look at her son's comics up in a tizzy!

Brian, as far as I know, the same Iger staff writer wrote both, so she must've been having a bad day.

If that mom in a tizzy had been mine, she would have spotted any kind of sex immediately. There were no places in our house I could hide comic books, especially horror or on Mom's Unapproved by Mom's Comics Code list. I believe my mother had Superman's x-ray vision.

Daniel, your description of radio show dialogue is one reason I don't listen to them. (I have tried a few years ago.) If a character has to describe a scene then it becomes annoying. I'm sure people who had radio as their main home entertainment got quickly used to such things as people talking to themselves.