Number 2344: The Blue Tracer and The Thing 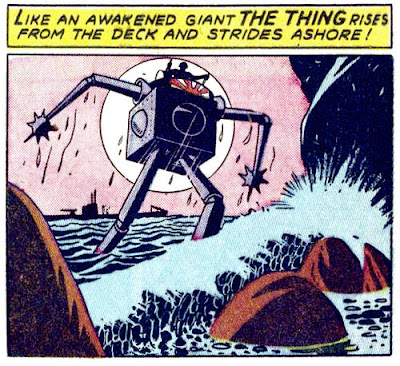 The Blue Tracer, created, written and drawn by comic book veteran and journeyman, Fred Guardineer, was a feature in Quality’s Military Comics. Guardineer had been in comic books since they began, and before that did illustrations for pulp magazines. During his career he did a wide variety of comic book characters, all done with his precision style of drawing. Guardineer’s work is easy to spot...just look for the lines that appear to be drawn by a machine.

Fred Guardineer quit comic books in about 1954, then went to work for the United States Post Office. They offered a pension. As a former freelancer for his years in comic books, the idea of a pension seemed good to him. As it was he lived a long time, and probably enjoyed that pension. Born in 1913, he died in 2002, just short of his 89th birthday.

There are some racial insults hurled at the Japanese in this story. It is representative of feelings toward America’s enemies in World War II. But the story also has a giant robot called The Thing, and giant robots I cannot pass up. It appeared in Military Comics #12 (1942). 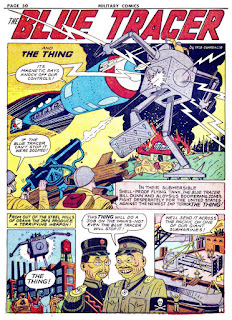 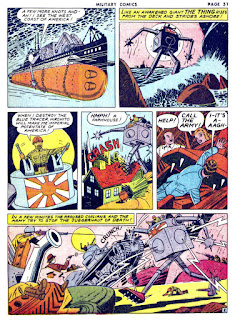 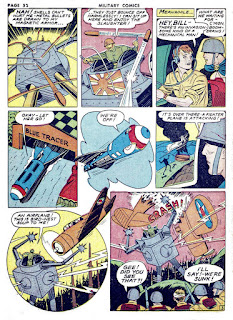 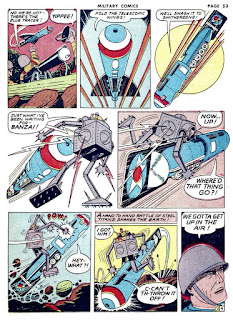 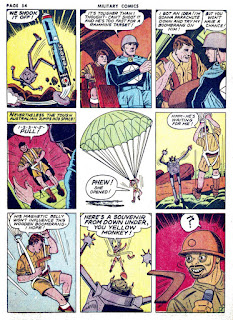 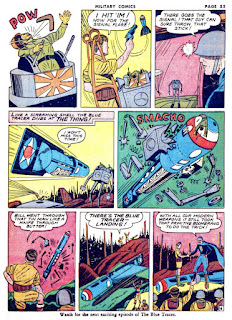