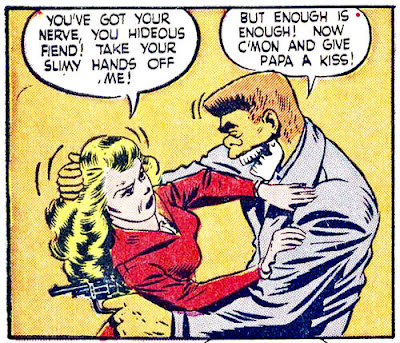 In the early history of comics Iron Jaw rates high on the villain scale. He was created for Boy Comics #3, and continued on until that title went out of business in the mid-fifties. According to some biographical information on the golden age Iron Jaw,* his jaw was blown off in World War I, where he and Hitler were pals. He had an artificial jaw, but in the early days (as in our tale today) the jaw looked different. Iron Jaw must have gotten a new dentist, because in later issues of Boy he went to full-on metal choppers, with which he could bite off a human limb.

In later years Iron Jaw’s jaw looked a lot more iron, as seen in this panel from Boy #76:

That description of Iron Jaw is no more far-fetched than this story from Boy Comics #11 (1943). Iron Jaw pretends to be mentally ill and fools the judge. The law in real life sometimes works in mysterious ways to us outside observers, but even the most rudimentary knowledge would keep us from believing the oddball workings of the local justice in this story. The story rockets along at its own speed, which causes it to leave logic and law behind.

Charles Biro, credited with creating the characters, had a keen eye for making comic books stand out among the multitude of other comic books on the magazine racks. Had I been a comic book fan standing and looking at that week’s new issues, I would have picked up Boy Comics #11, and based on the cover, would most likely have bought it. 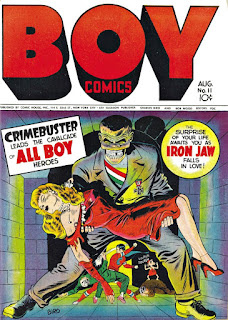 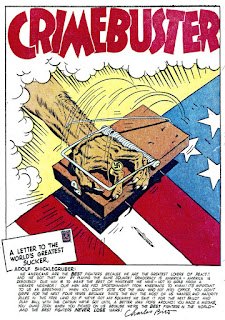 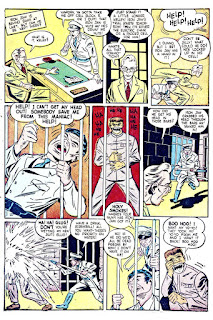 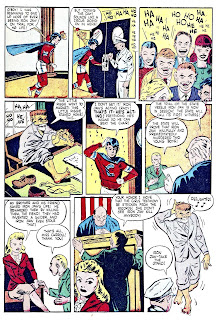 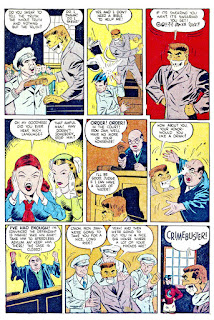 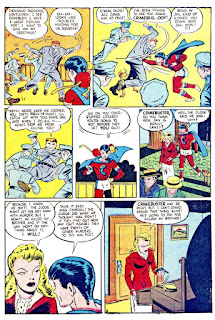 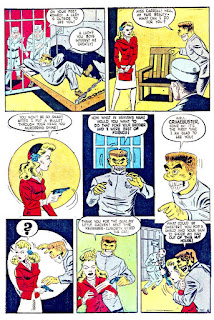 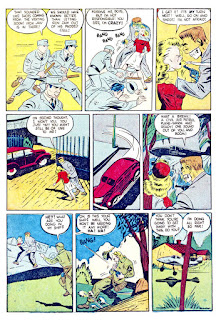 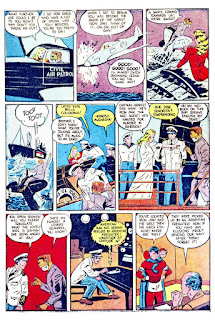 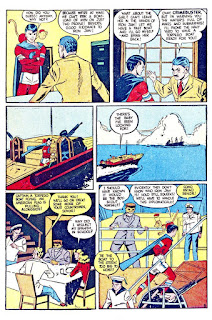 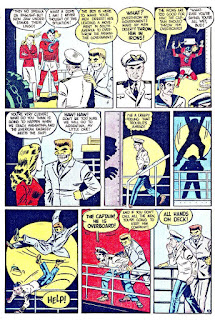 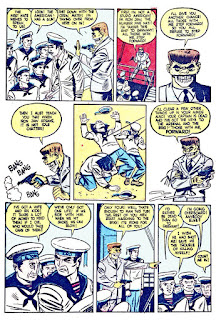 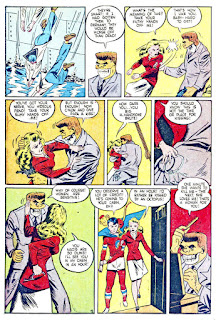 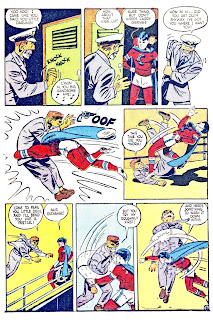 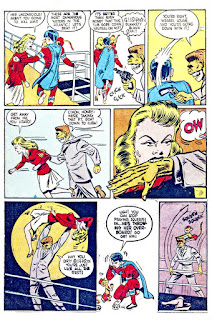 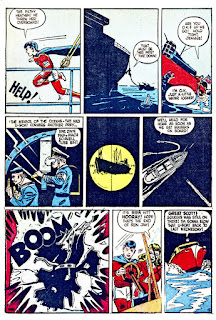 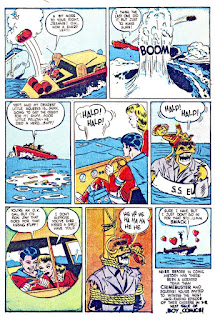 *Read the history of Iron Jaw in Comic Vine.
Posted by Pappy at 12:01 AM