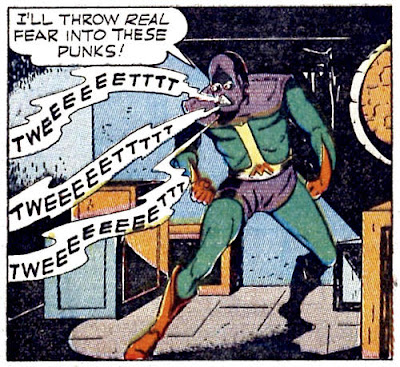 Micro-Face was an unusual hero with a gimmick: Among other tricks, he could turn his voice into a megaphone. Public Domain Super Heroes has this to say about Micro-Face: “Tom Wood was a factory worker and a failed inventor. Years ago, he invented a “Micro-Mask“ — a full-face mask that contained a built-in microphone (which allowed hm to amplify and throw his voice), a hearing amplifier, and “photoelectric lenses” that gave him x-ray vision. He could also attach telephone wires to his mask to make phone calls. Tom offered the invention to the U.S. government, only to be turned down.

When his brother, Jim Wood, was shot by gunfire of gangsters, Tom promised to avenge his death.To that end, he decided to use his invention and an old masquerade costume to costumed crime-fighter known as Micro-Face.”

Hmmm. “Photoelectric lenses that gave him x-ray vision”? “Attach telephone wires to his mask to make phone calls”? Those U.S. government guys were saps to turn those inventions down!

Micro-Face appeared in 10 of the 15 issues of Clue Comics from Hillman publishing. The character was created and drawn by Allen Ulmer. Ulmer worked in comic books for several years, but there are also photos of some of his fine art online. According to Rogallery.com Ulmer was born in 1922 and died in 1990. 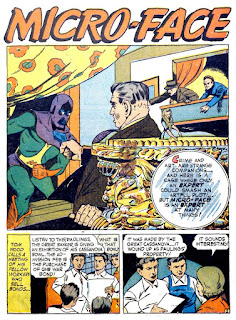 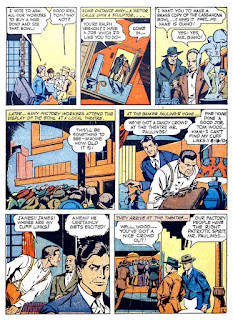 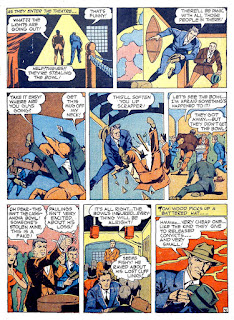 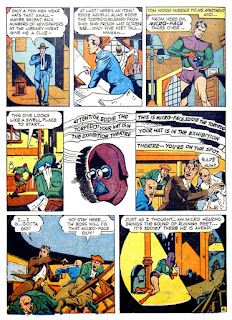 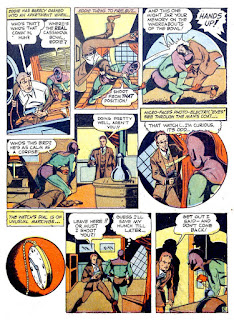 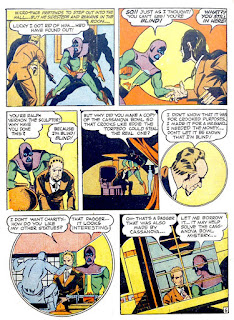 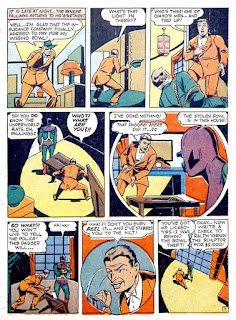 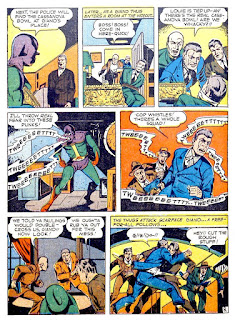 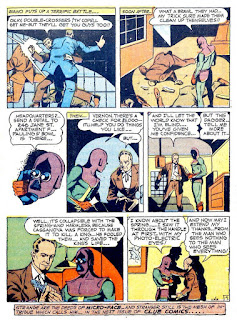 Micro-face's plan was pretty complex, especially when the guy seemed to wade through criminals with no problem!

The colorist miscolored the legs numerous times. Micro-face is no Robin!

This is one of those "of the times" comic when technology is relatively new enough to build a character around and have it still sound futuristic.