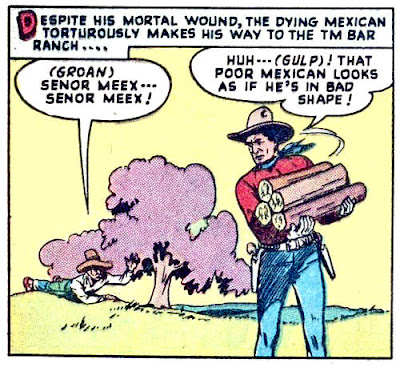 “Bondage in the West” as a title sounds a lot more perverted than it really is. It has to do with a rancher ripping off (and murdering) Mexican laborers working on his ranch.

Tom Mix shows up in disguise...he puts on a sombrero and a fake mustache, and fools the crooked rancher! (The villain must have that peculiar face blindness that shows up often in comic books where characters wear a disguise.)

We hear a lot about illegal aliens nowadays, but this story is from 1949, and people coming into the U.S. from south of the border has been going on since America sliced off pieces of Mexico and made them United States territories, then states. American bad guys, yeah, we see a lot of them, also. Good thing our hero Tom is willing to get into the “Mix” to help fellow human beings! 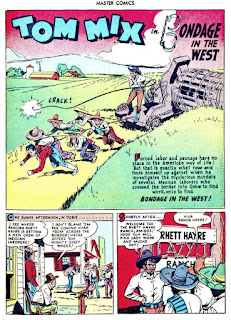 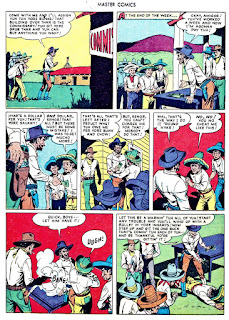 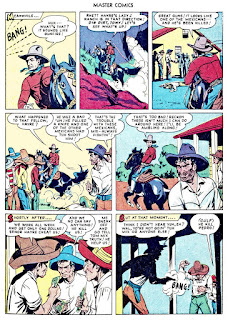 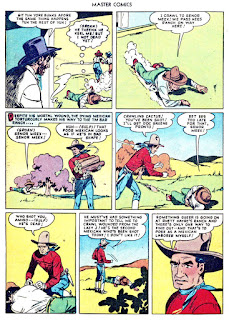 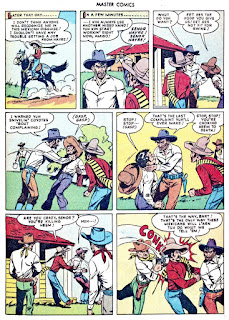 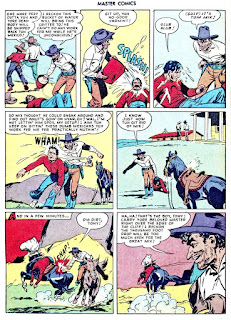 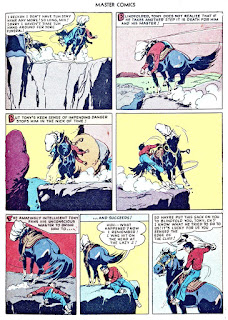 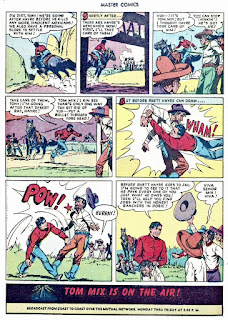 Once again, the villain doesn't stick around to make sure that his needlessly elaborate plan to kill Our Hero actually works.

Here's a odd Tom Mix datum: Tony died on the second anniversary of the death of Tom.

In the first part of the Twentieth Century, the immigrants who were the principal focus of American nativist fear were Asians, and I've seen at least one Buck Jones western in which he breaks up a ring who were smuggling beautiful, young Chinese women in the country. The past is another country.

Daniel, I'm not sure, not having read a whole bunch of Tom Mix comics, but it's my impression it is set in "modern day" 1940s. I remember being puzzled in my now lonnnnnnnnng-ago youth when I saw cowboys in movies riding into town on their horses, and cars also shown. At any rate, when the story was written Chinese were no longer being imported to do the s--t jobs, because there was a ready force of Mexican labor. Whether the story takes place in the 1880s or 1940s, the more current situation is what the author was probably thinking of.