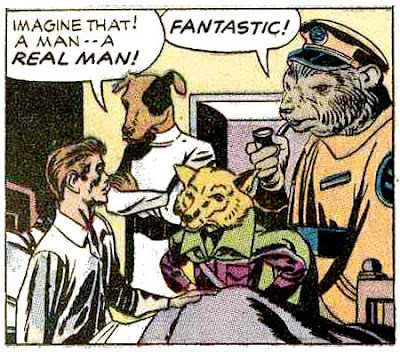 Jack Kirby’s “The Last Enemy,” from Harvey Comics’ Alarming Tales, reminds me of Kirby’s later Kamandi series for DC. When Kamandi came out some fans were reminded of Planet of the Apes (as I recall, Kirby denied that it was the basis.) Animals taking over the planet is not a new idea. Having animals take over for humans is only a step away from the anthropomorphized animals that humans have created in fiction, and in real life with their pets.

I like the story’s compact 6-page format, and Kirby’s dramatic artwork. Something I wonder about, though: Where do the rats and dogs get tobacco for pipes and cigarettes? Do they grow tobacco, make cigarettes in factories or roll their own? Just askin'. 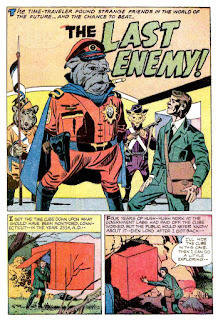 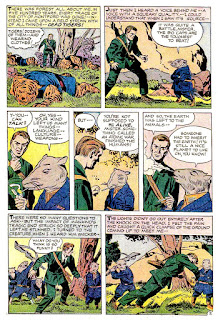 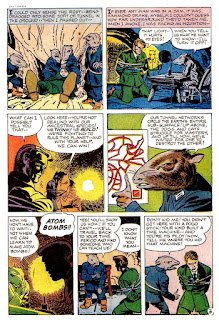 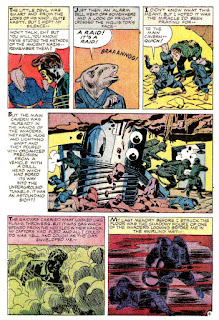 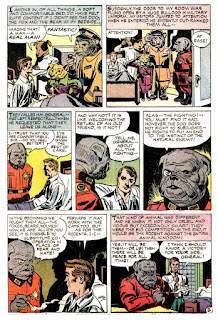 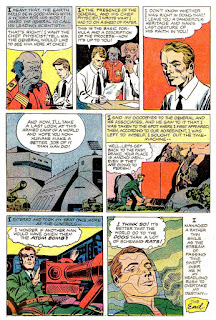 Kirby was certainly on a roll when he did that particular issue - it is ALL so good. Fascinating for scholars of his work to study how his story-mind was working at this stage. It still tickles me to compare this short tales with the echoes of them in Kamandi, Jimmy Olsen, and more. Just great, entertaining comics.

Amen, Drew! Thanks for your note.