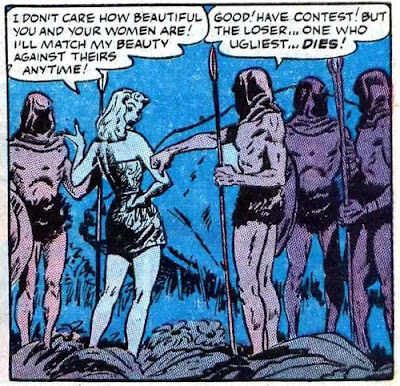 Both stories use ugliness as a sign of villainy. In the first it builds to a jokey punch line based on a cliché, and in the second, the ugly people are proud of their ugliness. Stan Lee is credited with “The Ugly Man,” and there are no guesses at Atlastales.com or the Grand Comics Database for the writer of “Skin Deep.” Typical of most horror comics, the stories are constructed to punish someone for their sins; in this case vanity. The artwork on both is superb. Artwise, this is a good issue of Suspense. “The Ugly Man“ is drawn by Joe Maneely, and “Skin Deep” is unsigned, but credited to Syd Shores with a guess for Mort Lawrence as the inker. 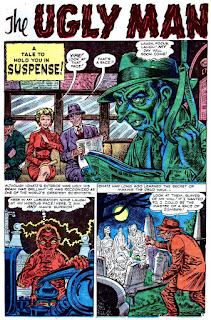 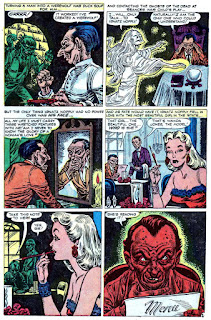 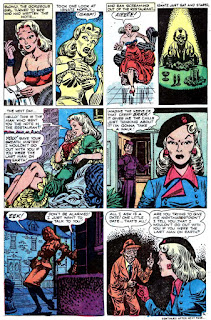 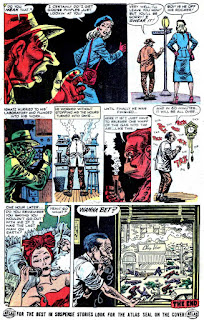 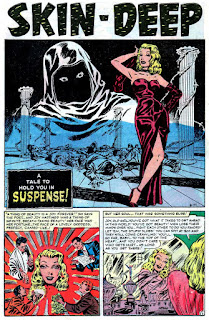 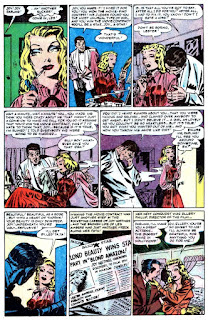 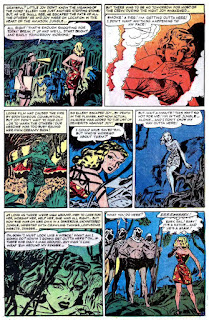 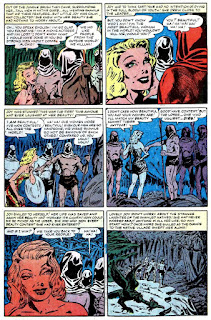 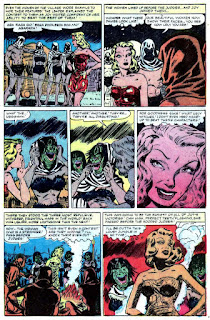 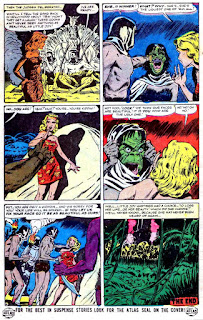 I cannot find any enthusiasm for most stories of come-uppance in which the physical beauty of the villain or villainess plays a central rôle, as the villain or villainess is imagined either as a rival or as a scorning object of desire. In the former case, the appeal of the story is to envy; in the latter case, gratification hangs upon the hypocrisy of a reader who seeks or sought a partner exactly for what is only “skin deep”, and hates having been or being rejected for lacking attributes that he or she wants to see as of lesser importance.

“The Ugly Man” is mostly a joke, and should be accorded some latitude. But it also simultaneously sneers at a man less attractive than the reader and at a woman too beautiful to be won by the reader; that's quite something.

Two things I always say when Atlas era horror stories come up: The death of Joe Maneely is one of the great tragedies, he would have been on the same level as Kirby or Ditko in the coming age, and Marvel needs to reprint these in masterworks.

Also, this is a great line: "our heroine was too busy saving her own creamy skin!"

Daniel, one of my very earliest postings from 2006 addressed the problem with using an ugly guy as the target of ridicule. The Lonely Life of Homer Hergis

I usually point these stories out. There is nothing a person can do about being homely as an accident of birth. I find it a crude and cruel way of making a point.

Brian, I imagine that Maneely would have done well in the Marvel era. I believe he probably could have drawn superheroes, though I like to think of him doing the long run of Werewolf by Night, for instance. Or both Werewolf by Night and Monster of Frankenstein! Because he was speedy, we could throw in Man-Thing and Brother Voodoo and Tomb of Dracula. But, that sounds greedy on my part, but then it's my fantasy.

Has anyone in the history of the world actually said the cartoony word "Yipe"?

There really was no surprise to "The Ugly Man." Ignatz's thought in the splash panel gave away that he was a mad scientist, and when Wanda told him later that she wouldn't go out with him were he Earth's last man...well, the writer telescoped the conclusion. On the positive side, I liked Maneely's art a lot; the panel where Ignatz sat dejectedly in the shadows made me feel almost sorry for him. And, I have to admit, the concept of a mad scientist plagued by his humble appearance and looking for love was a fairly fresh one.

Usually, in comics and sci-fi movies, the hideous villains and monsters always drool over the beautiful woman and fight to possess her, but "Skin-Deep" turns that cliche on its head. While the main character is two-dimensional, the natives' revelation, though expected by us cynical types, is rare and interesting.

These stories may be about ugliness, but the pages are beautiful! It's no surprise that they remind me of Bill Everett's work from about the same time. The stories may be trite and all that, but the way the drawings go with the expressionistic colors was always a formula that pulled me in. I don't know much about Joe Maneely, but the fifth panel on the third page is screaming Milton Caniff to me; there may be more details than in Steve Canyon, but the basic forms are all there.

THE UGLY MAN is the perfect example of the idea of taking a saying or phrase and building a story out of it, and with Bill Everett doing the art...it comes out fantastic.