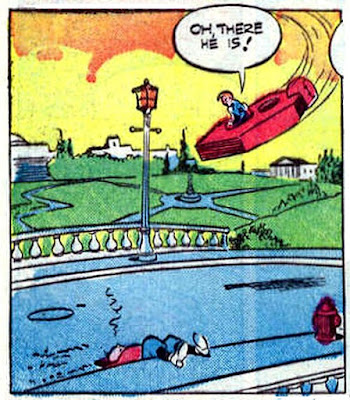 Bob Montana, most famous for his work on the Archie newspaper comic strip (at one time carried by 750 newspapers), came up the usual way of many cartoonists of the era, through comic books. He worked for MLJ and also for the Lev Gleason line of comics. Here is an example of his early work in these episodes of Dickie Dean, Boy Inventor. Dickie was a secondary Lev Gleason character, appearing in various titles, drawn by various artists. He was a Tom Swift-inspired character, a genius youngster who came up with important inventions, many of which he donated to the U.S. government.

This story, from the last issue of Silver Streak Comics (#21, 1942), is an example of how good Montana was, even at a young age. Born in 1920, he was 21 or 22 when this was published. I have also included a two-page Dickie Dean strip from the first issue of Crime Does Not Pay, which continued its numbering from Silver Streak at #22. The strip is a patriotic plug for what young readers can do to help the war effort. Montana caricatures himself at the very end, right across from a cartoon of Uncle Sam, drawn with a toothy Archie-like grin. 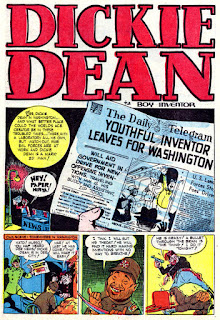 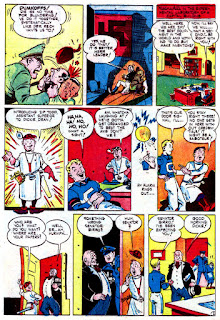 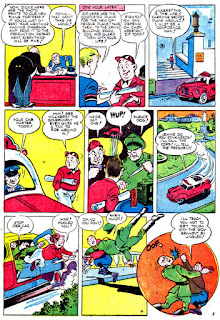 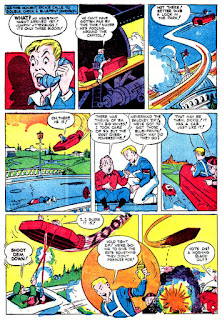 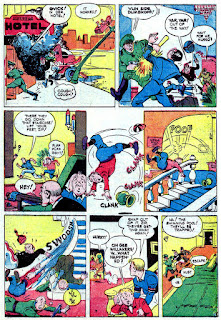 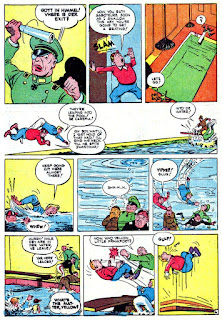 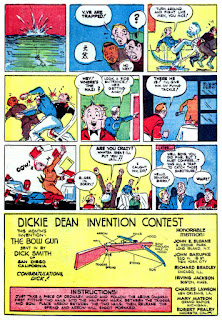 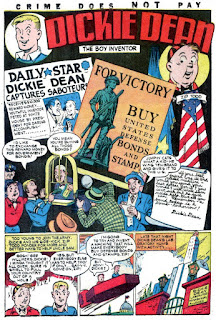 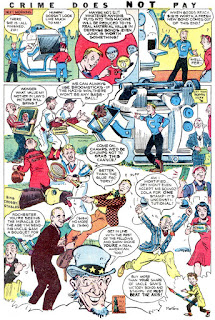 My understanding is that Dickie Dean was created by Jack Cole.

Montana's art is much slicker than the work on Dean by Cole that I've seen. But, when he was with Gleason, Cole hadn't yet really found his footing, or perhaps was simply underpaid and overworked.

The character of Senator Birro is of course named in a way that reminds one of Charles Biro, and he looks a bit like a caricature of how Biro might have been expected to look when past middle age. (As it happens, Biro died at age 60 years.)

Good to see kids encouraged to reïnvent death-dealing devices at the end of each story! But that cross-bow would be less practical than just a regular bow. The real virtue of a proper cross-bow is in the cranking system, which allows much greater tension, so that the bolt can fly at a higher rate of speed.

How menny celebs can u name Pappy? I C Jack Benney & Bing Cosby & is that Busterer Keaton??

Daniel, when I looked at the crossbow diagram I wondered if it would work. And the kids of that era were bloodthirsty in inventing tools of death, according to some of the examples of this type of feature I have seen from the era. The kids not only had a war going on but they also read those damn comic books, giving them bad ideas.

Buster is Fred Allen? I dont no him, mayB he was marryed 2 Gracie Allen LOL OMG Im just jokering in case Ghost of George Burns reads ur blog, Pappy xoxoxo