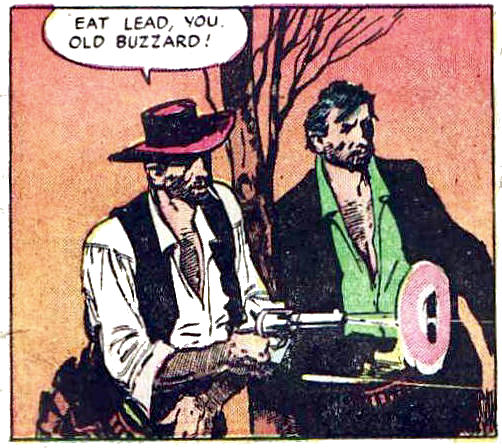 These two stories, which appeared in the same issue of Hillman’s Western Fighters (Vol. 3 No. 12, 1951), have things in common. They are both drawn by comic book men who went into careers as fine artists, and both stories have a similar moral.

Bernard Krigstein and Gerald McCann were like some other comic book artists of their era; the Depression had made it hard for fine artists, and to pay the rent they had gone into comic books. Not only did comics help buy groceries, but I believe the artists who did them learned something about illustration, composition and story-telling from comic books that helped them later. Krigstein quit comics for good in 1962, and McCann also drew comics into the sixties. If you google their names you should find some examples of their painted works.

The moral I mentioned is about revenge. Each story concerns killings that come by way of revenge, and both of the stories end with the vengeance seeker finding that revenge wasn’t the answer. Pretty simple, I’d say, but not for today’s market in popular entertainment. Hooo-boy, do they do revenge nowadays! A “hero” can double as a psychopathic stone killer. able to mow down dozens of people without remorse or second thoughts. I’m like everyone else; I like to watch the bad guys get their asses kicked. I also like to think that the hero I identify with isn’t just as bad as that bad guy. 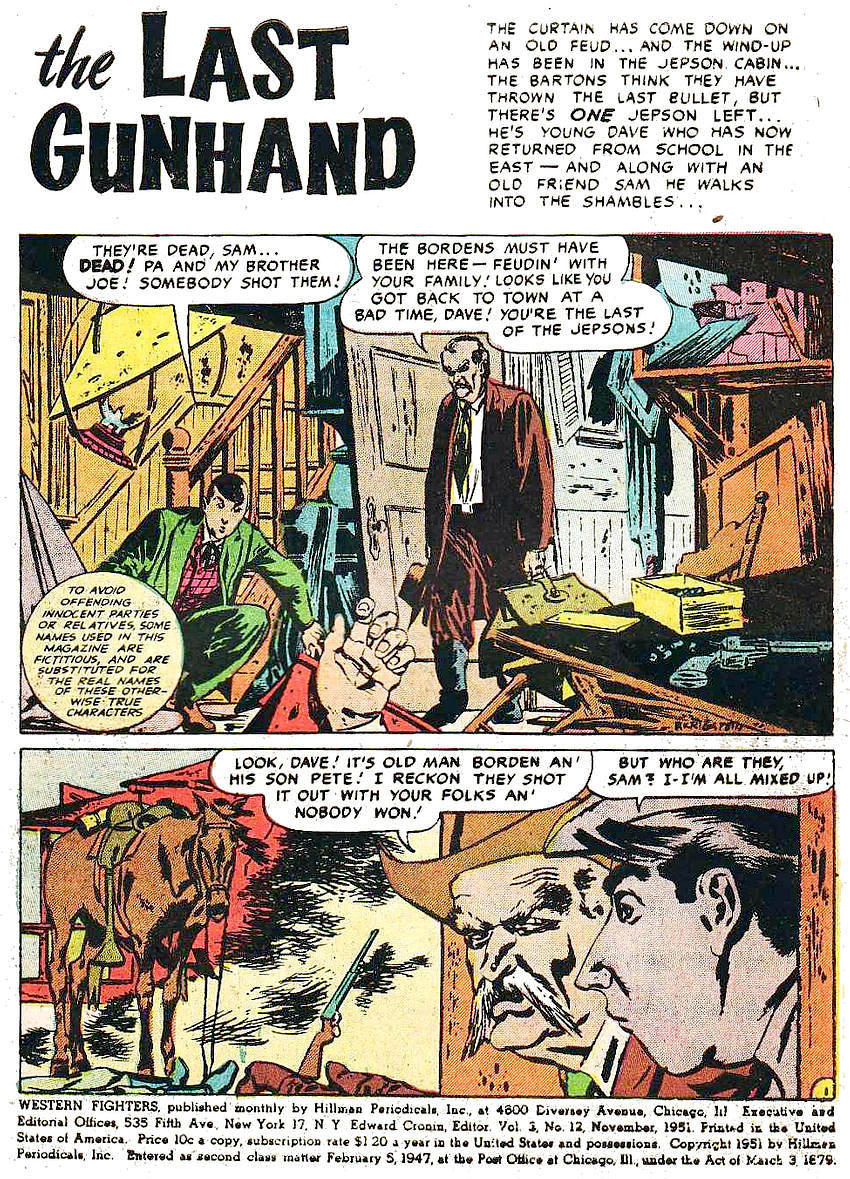 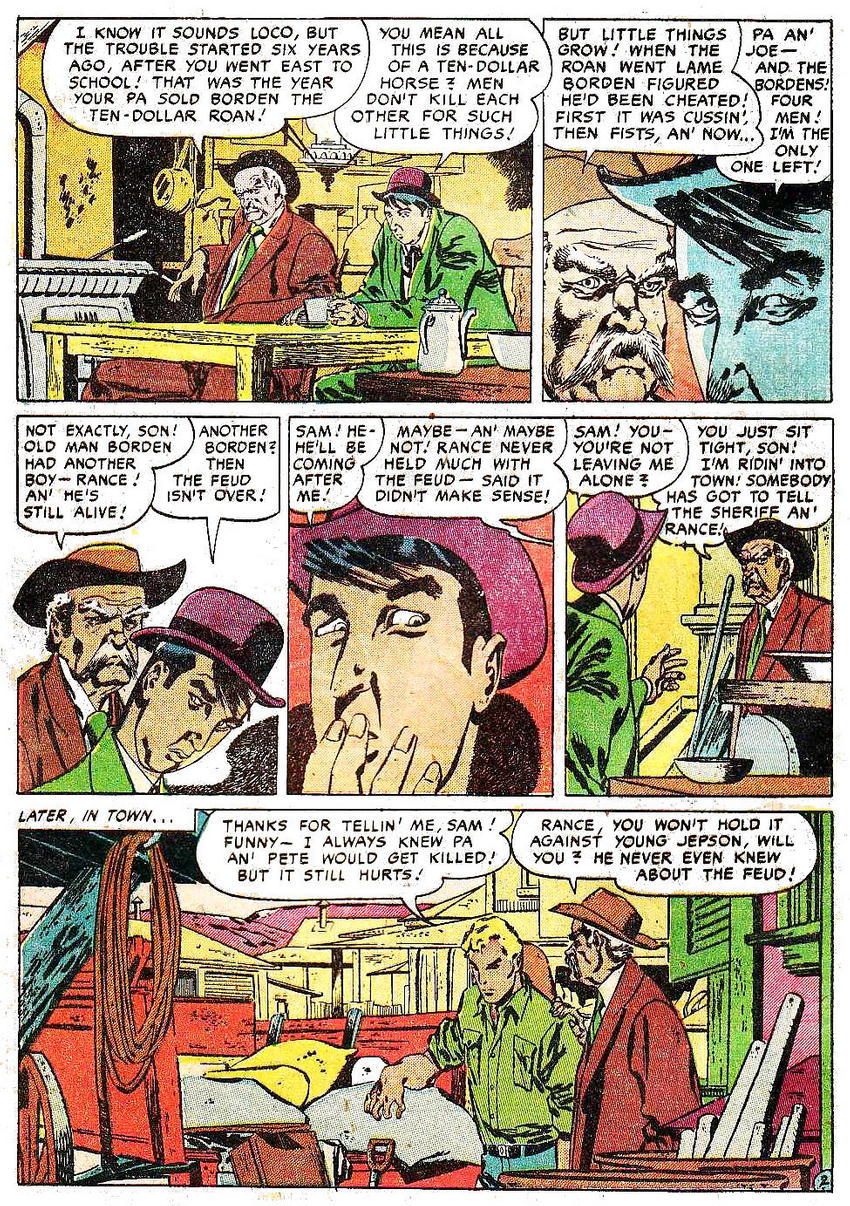 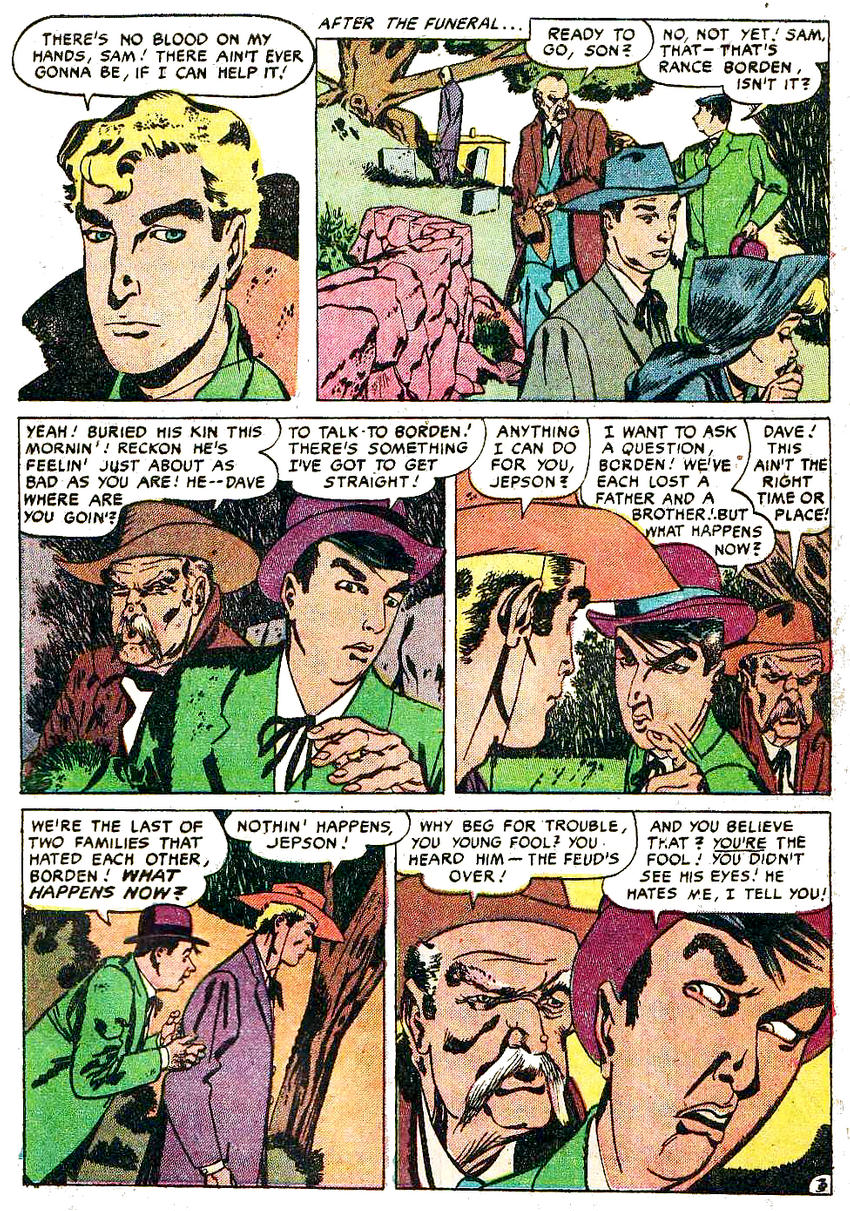 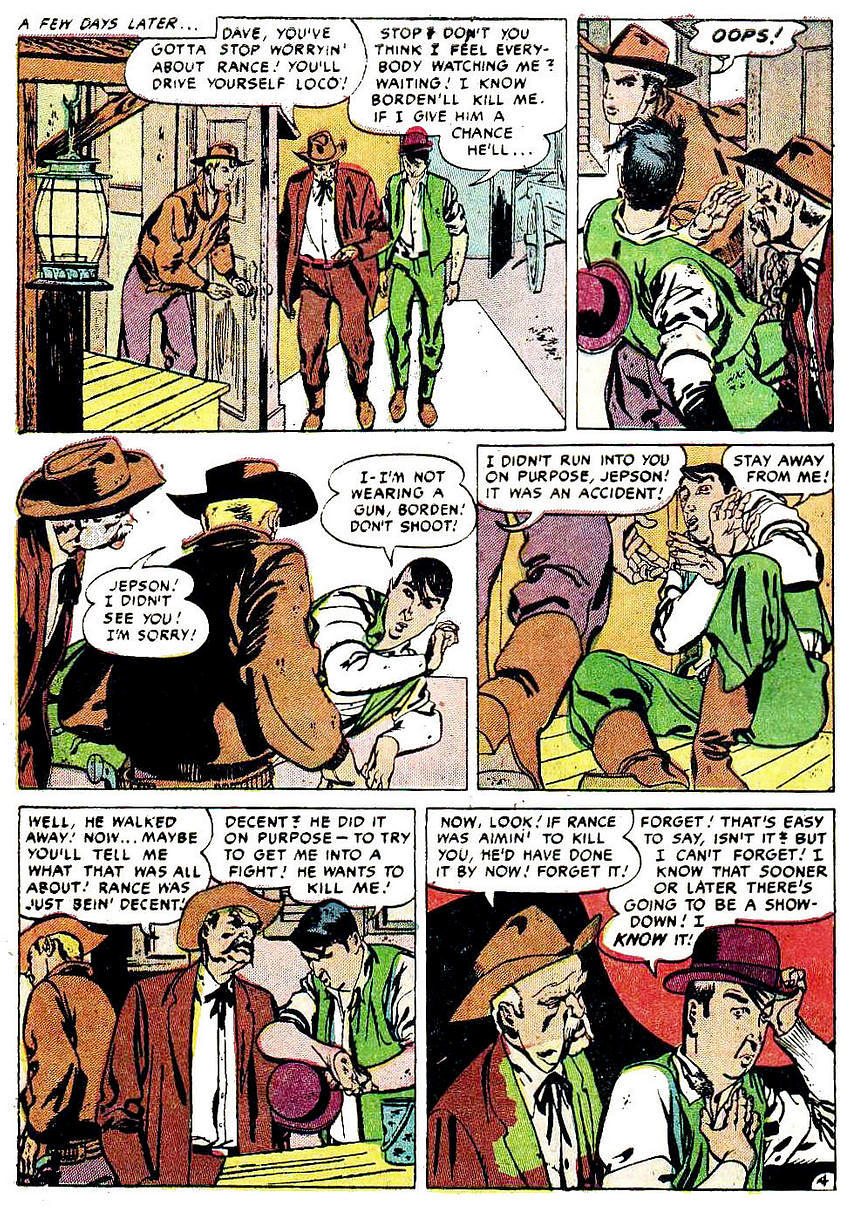 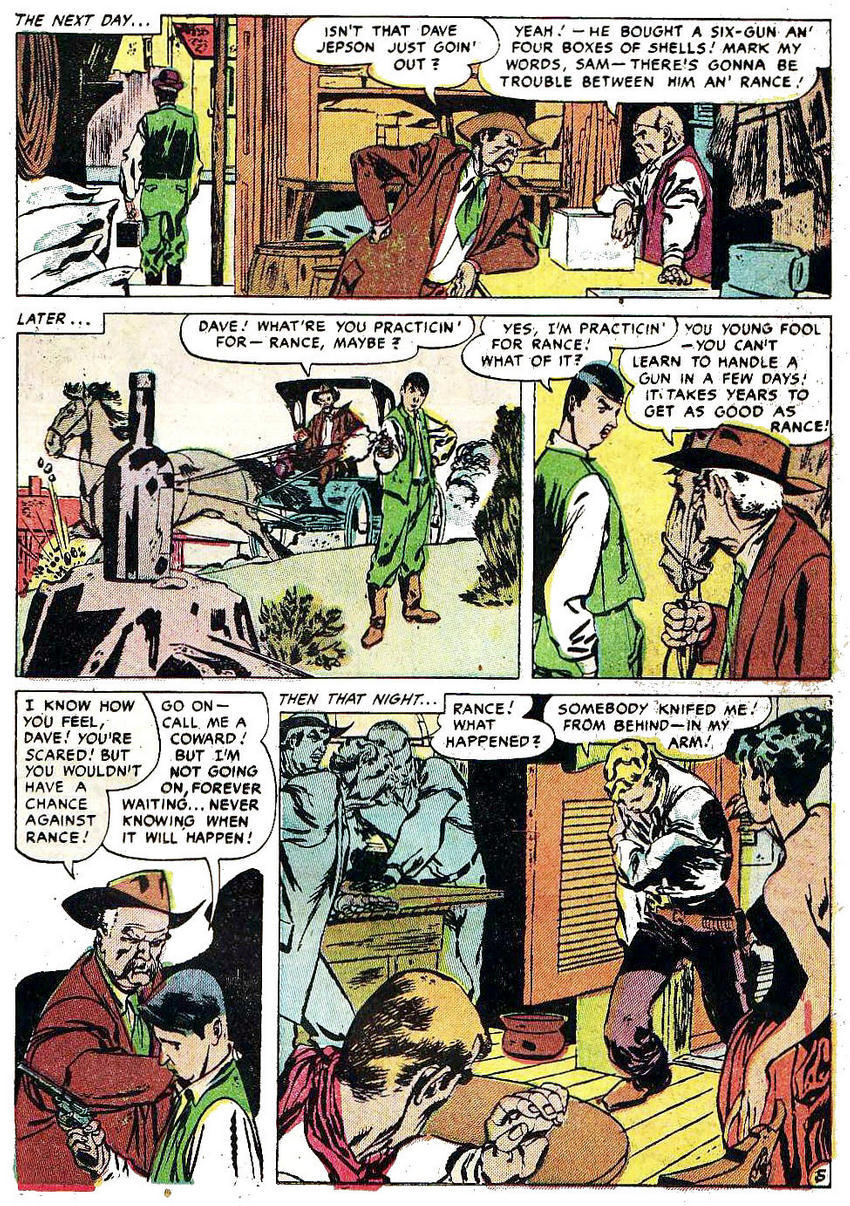 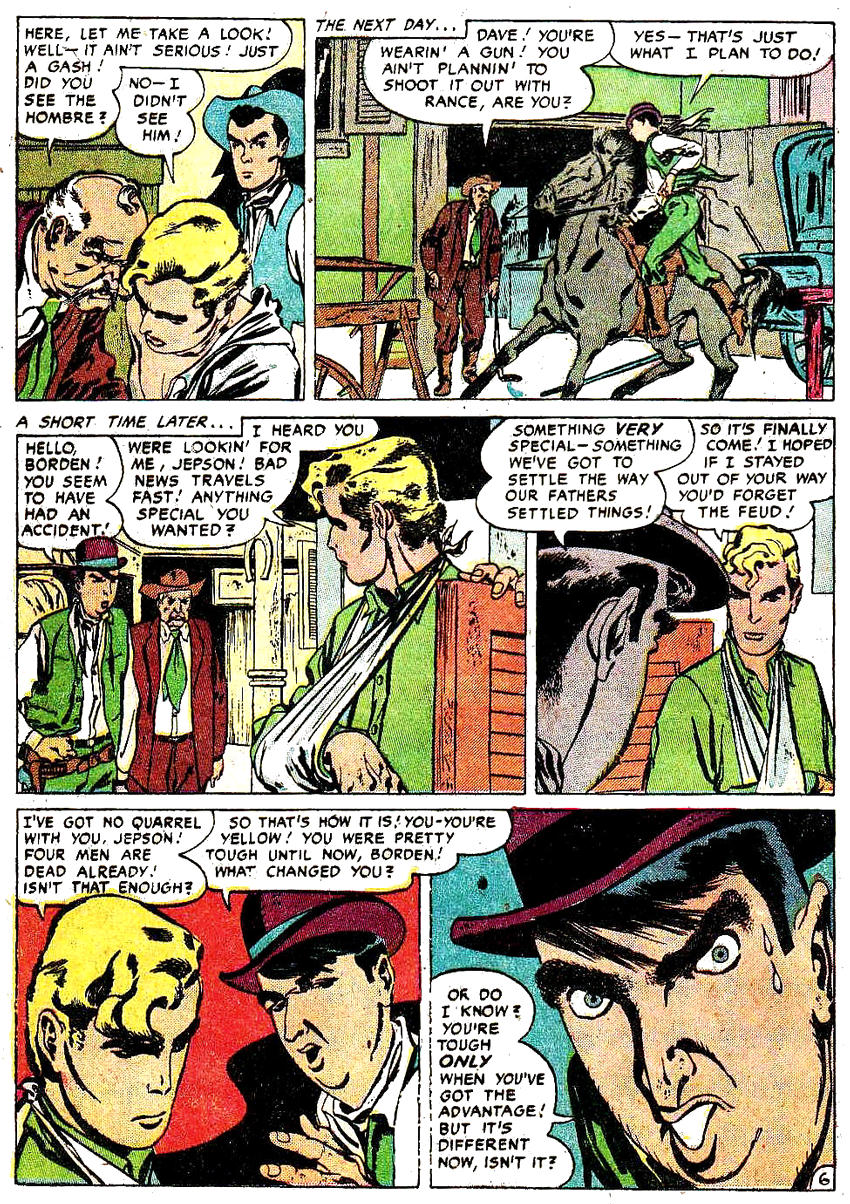 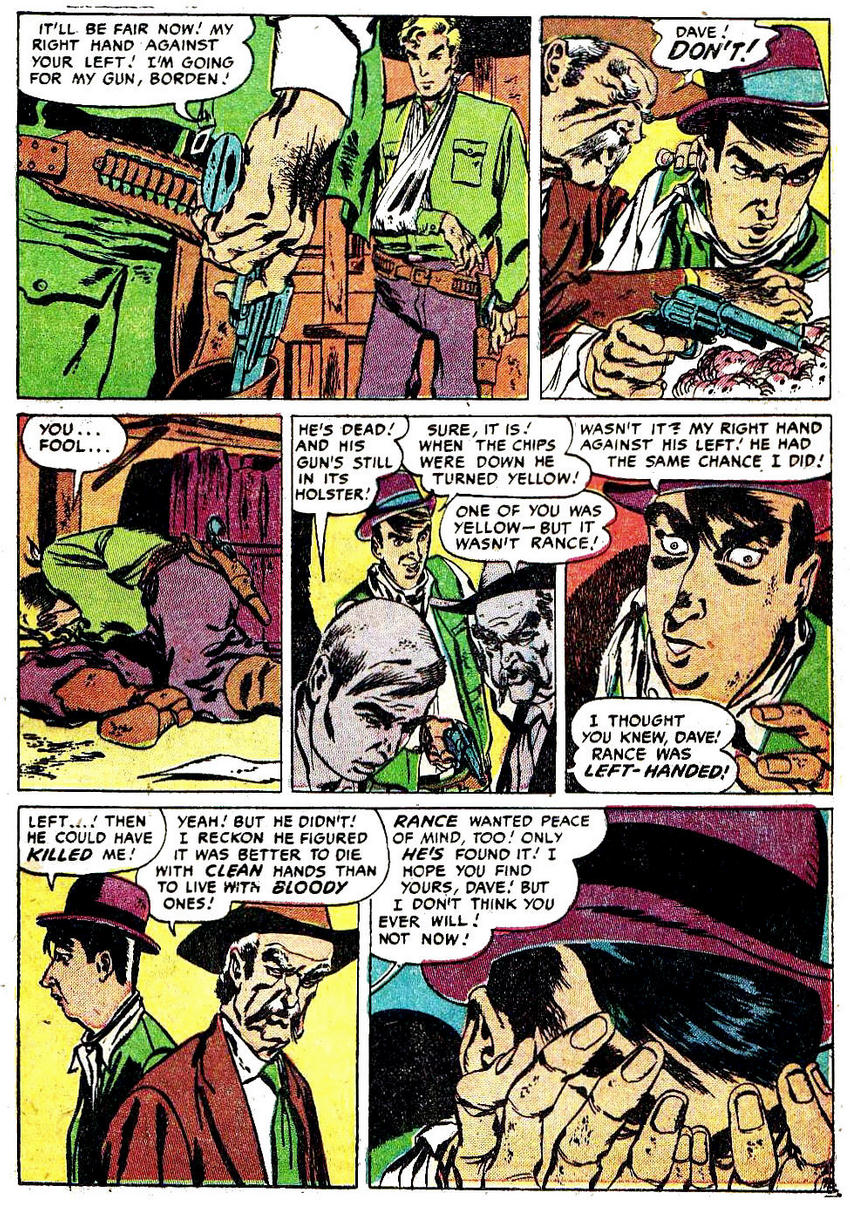 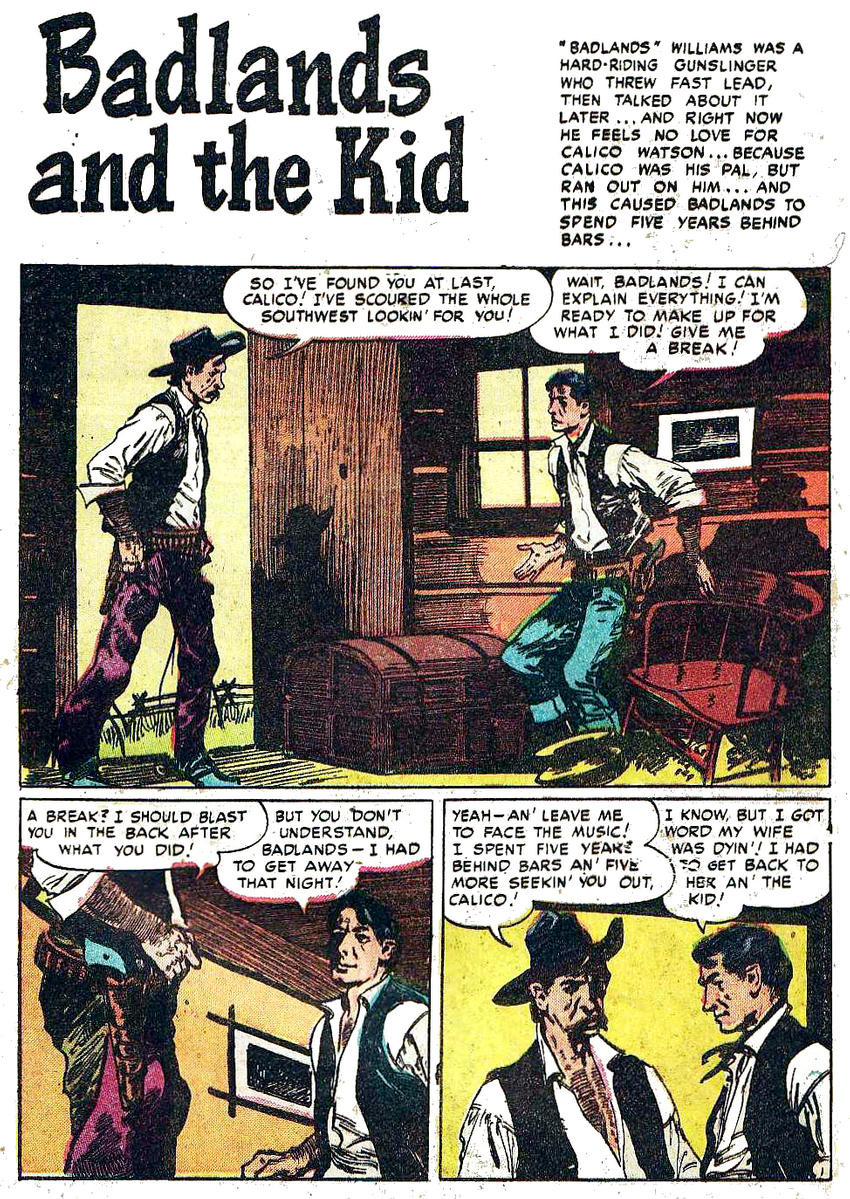 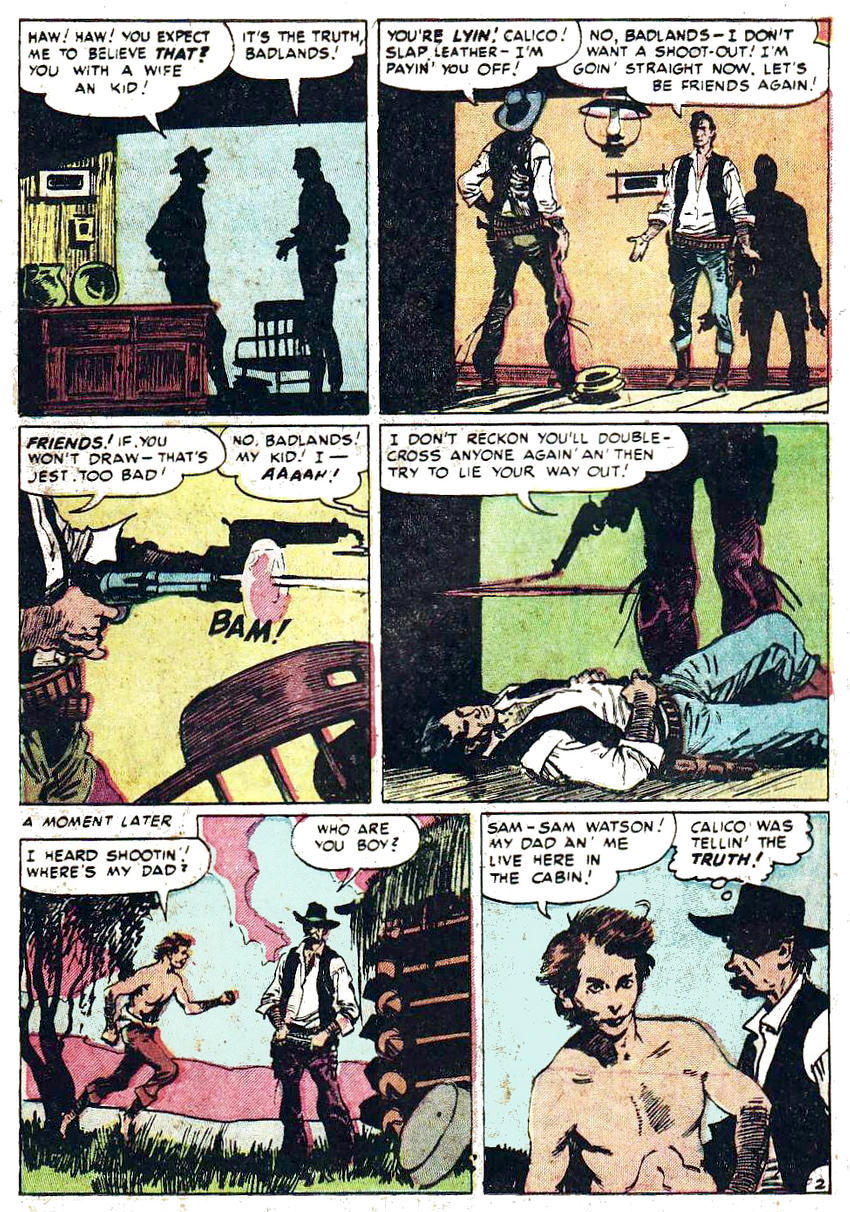 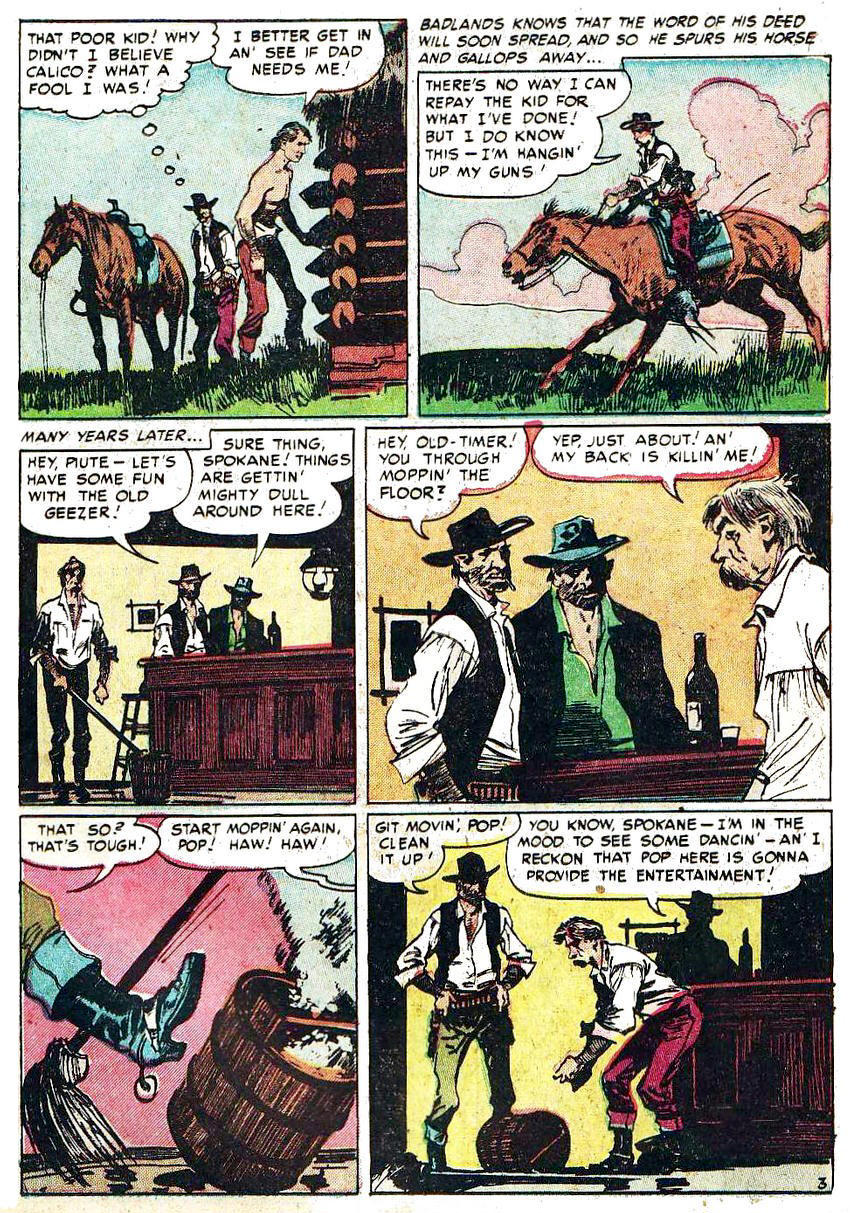 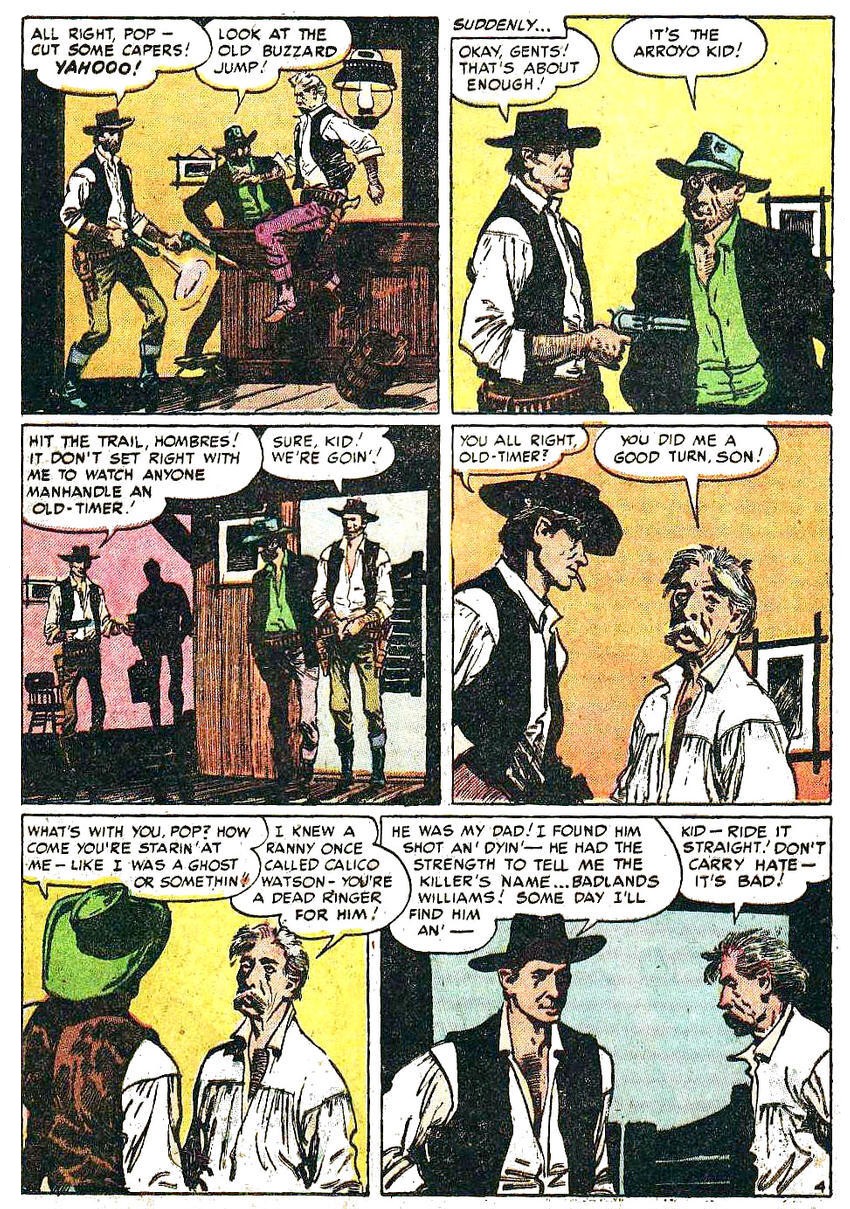 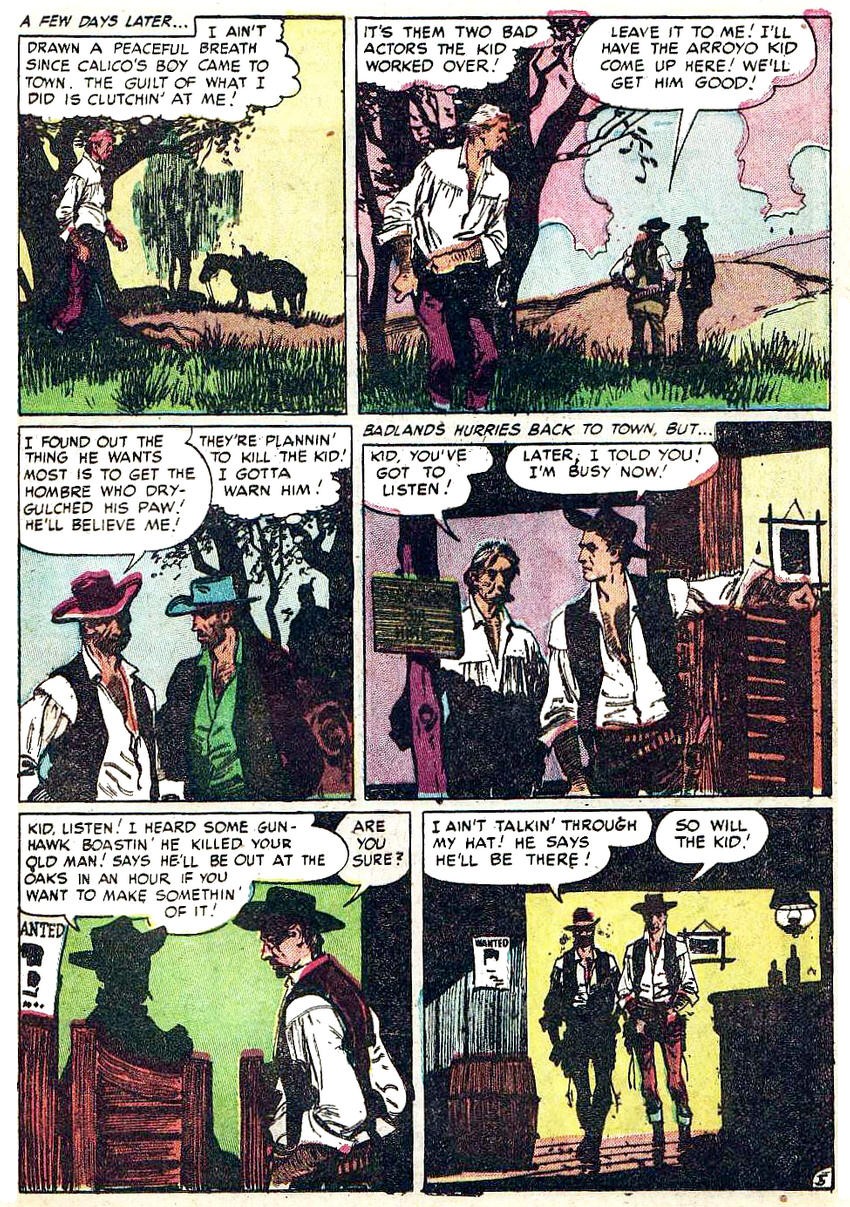 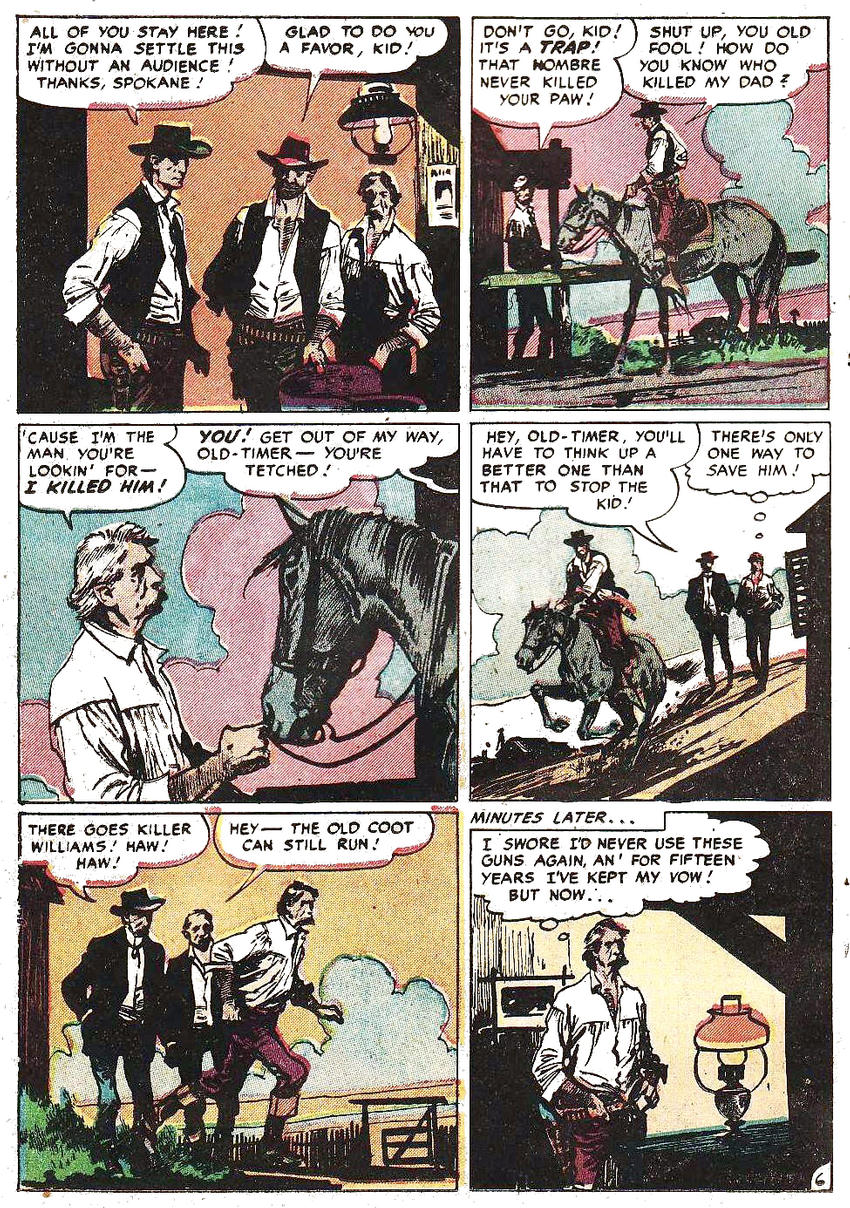 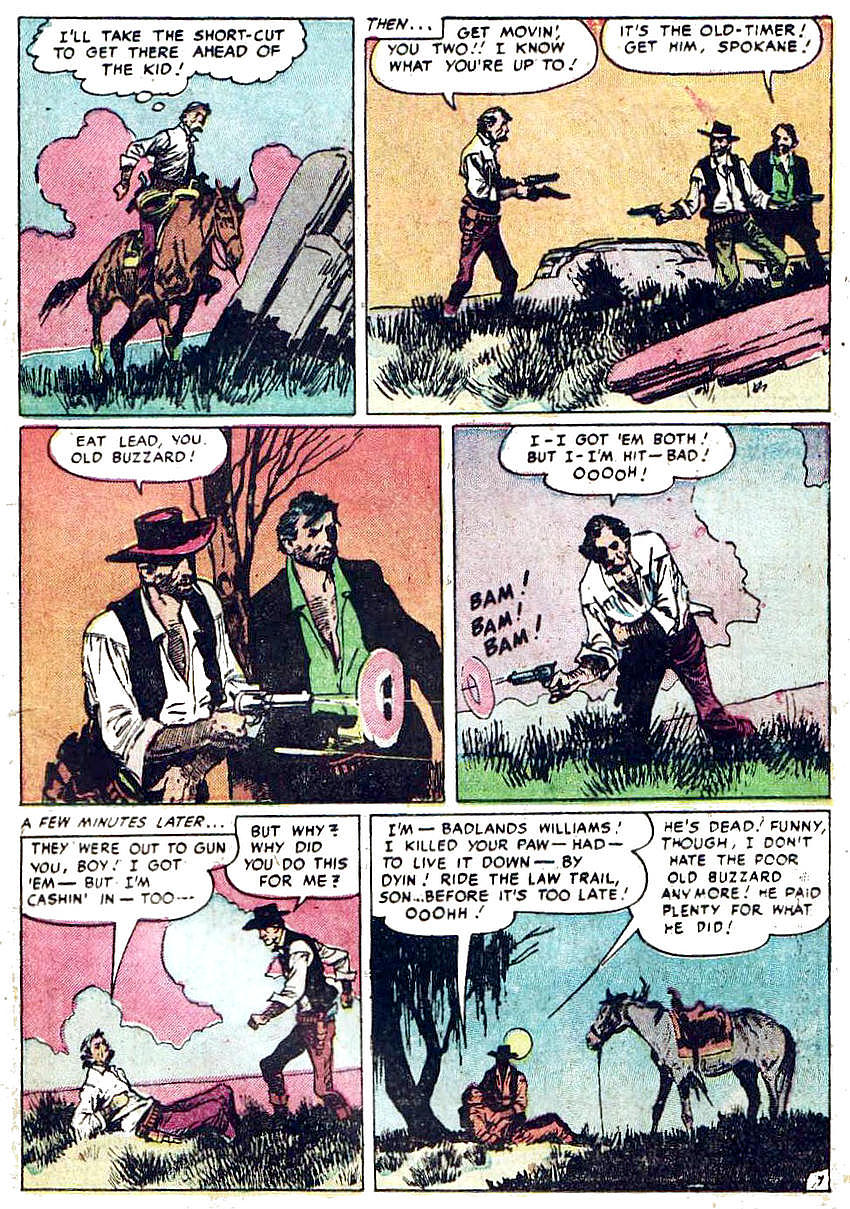 So, am I th' only one what noticed thet, in the first story, 'twere Bartons what wiped-out mos' o' th' Jepson clan, but 'twere Bordens what caught th' blame? And what, then, would be th' full name o' good ol' Sam, somehow there e'ery step o' th' way as Dave Jepson stumbles towar' cowardly murder? Good Ol' Sam, what was seen cleanin' an' sharp'nin' thet iv'ry-handled knife what he carries e'ery where!

I b'lieve so, Dan'l. You allus have a good eye fer details.