Number 1576: The Wiseman and the little wise guy 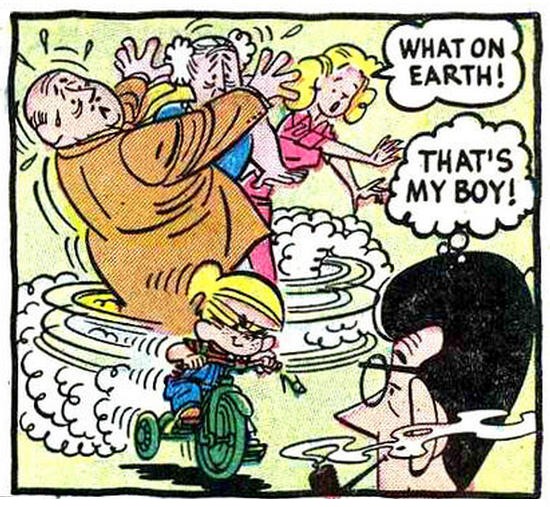 Alvin “Al” Wiseman was a great cartoonist who spent years submerged in Hank Ketchum’s Dennis the Menace newspaper panels and comic books. For comics fans, and especially fans of great cartooning, Wiseman’s work is held in high regard.

In 1953 Standard began publishing a Dennis comic book, written by Fred Toole and drawn by Wiseman.  Grand Comics Database doesn’t have information on this issue, or whether any of the stories in it were reprinted. Many of Toole and Wiseman’s later stories were reprinted fairly often during the run of the comic book and its myriad specials and digest editions. The artwork on this strip, from Dennis the Menace #2 (1953), is typical of the early comic . Wiseman drew the comic book until the '60s, but his work lived on for years in reprints.

The Dennis the Menace I like the best came from the Toole’s typewriter and Wiseman’s pen. Wiseman, born in 1918, died in 1988. 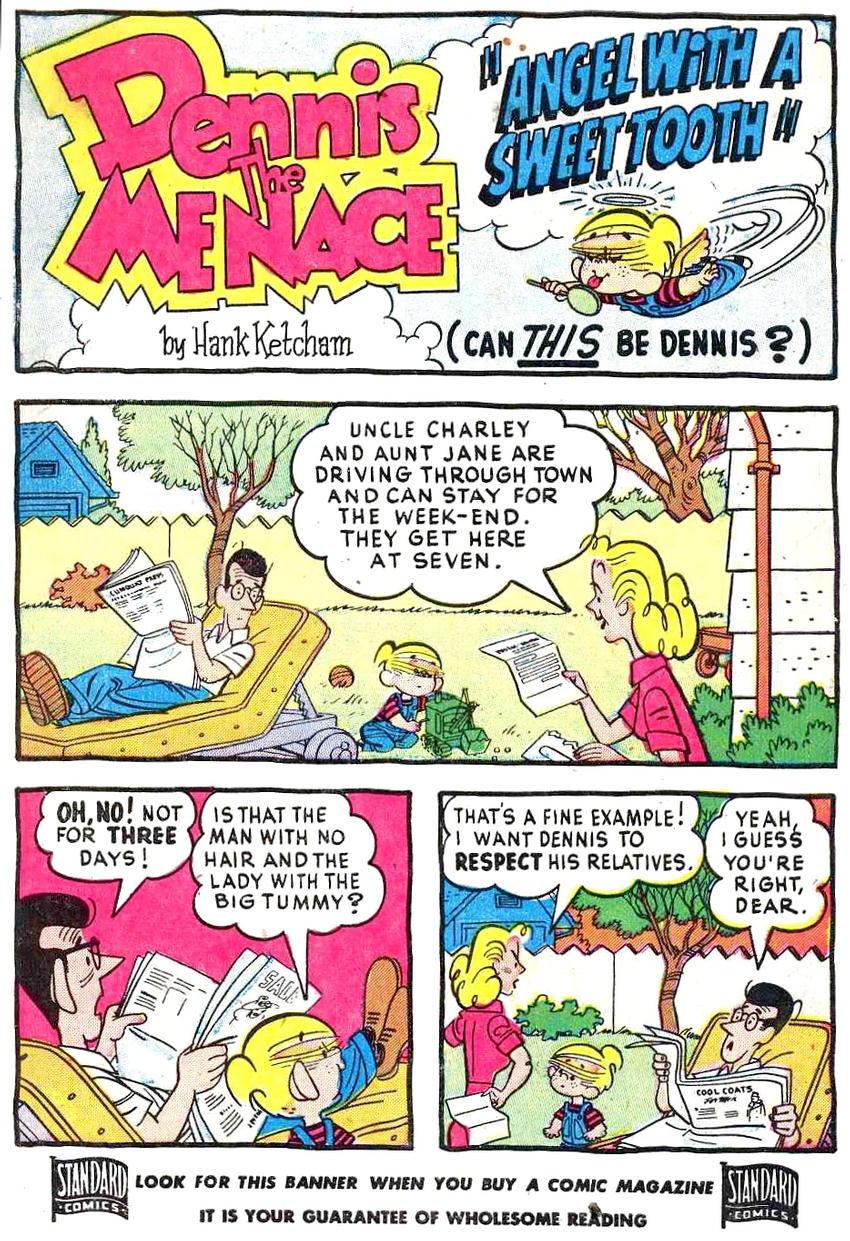 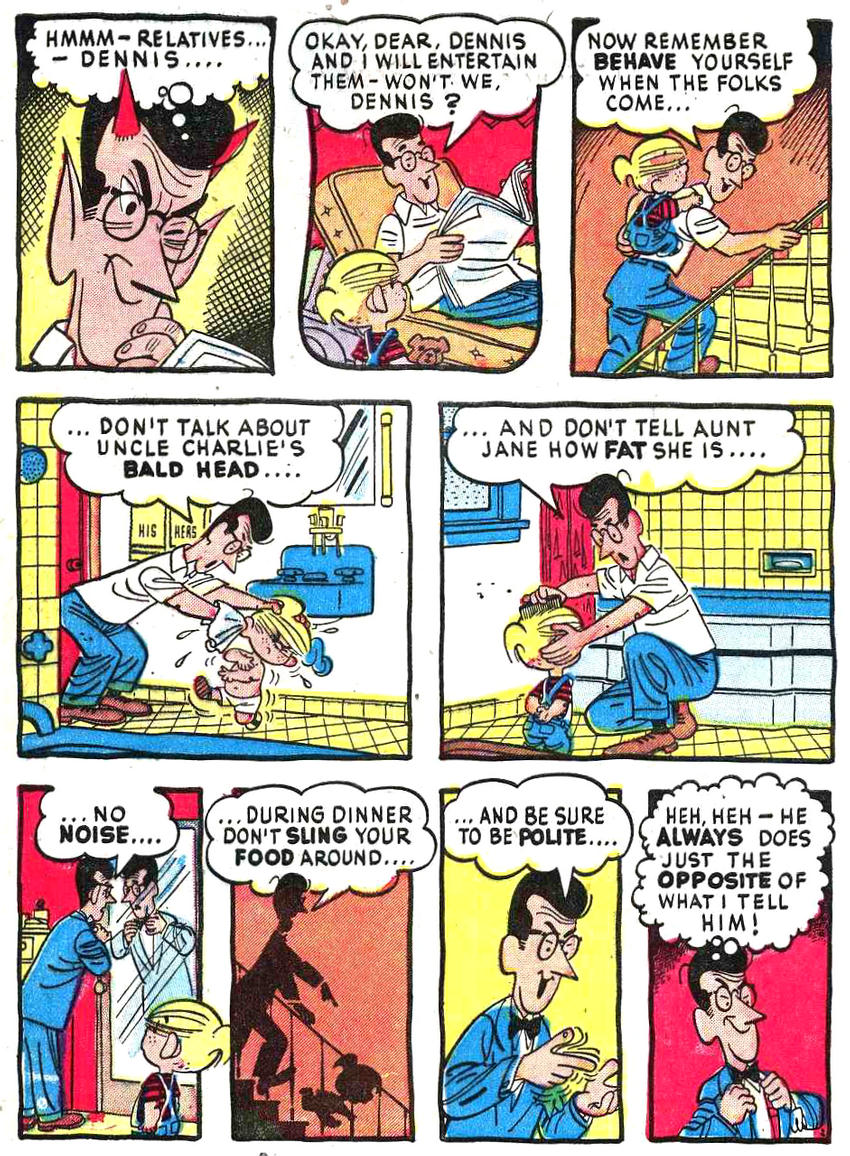 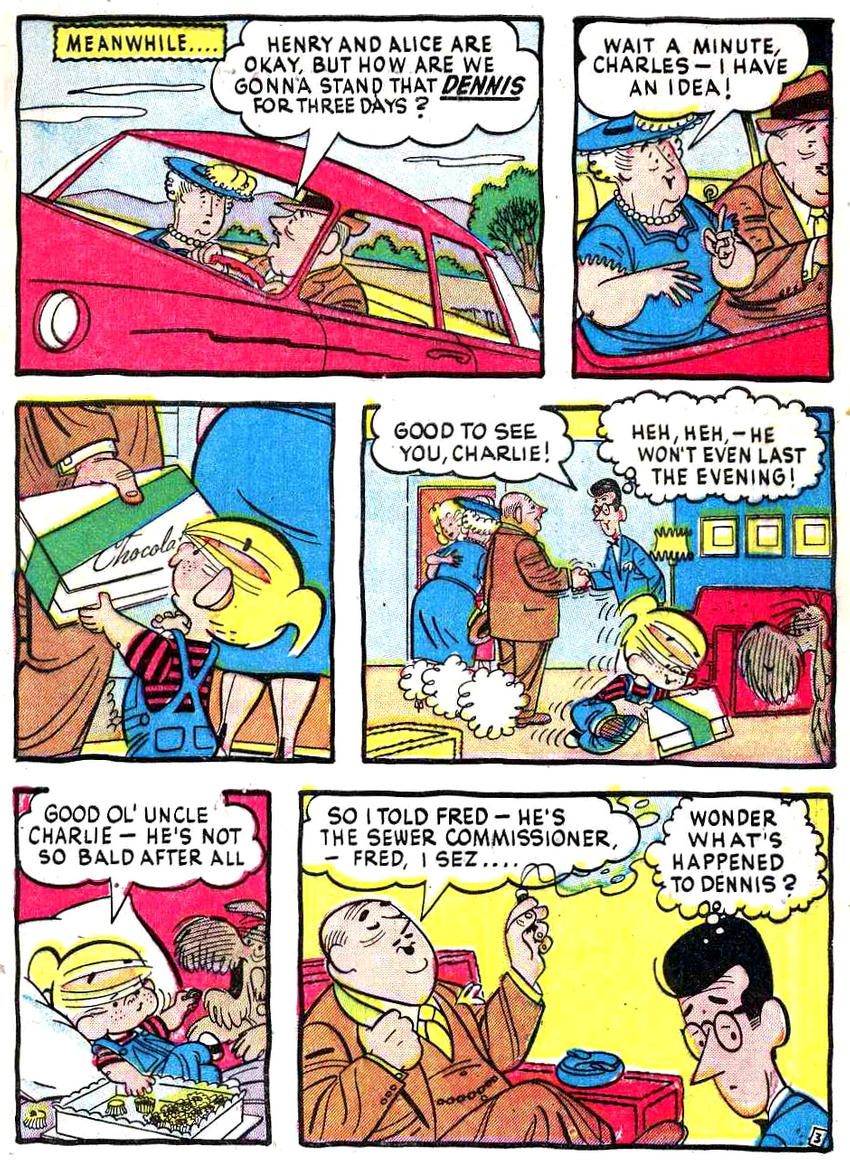 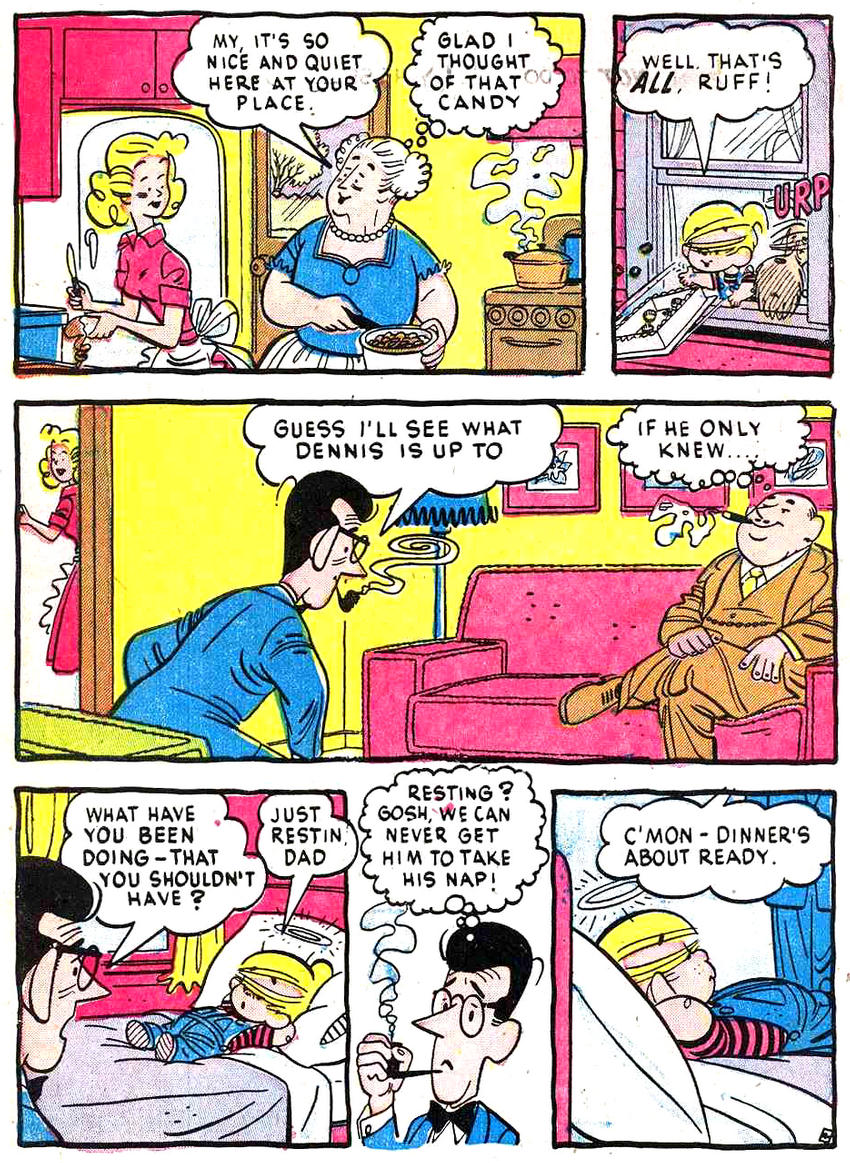 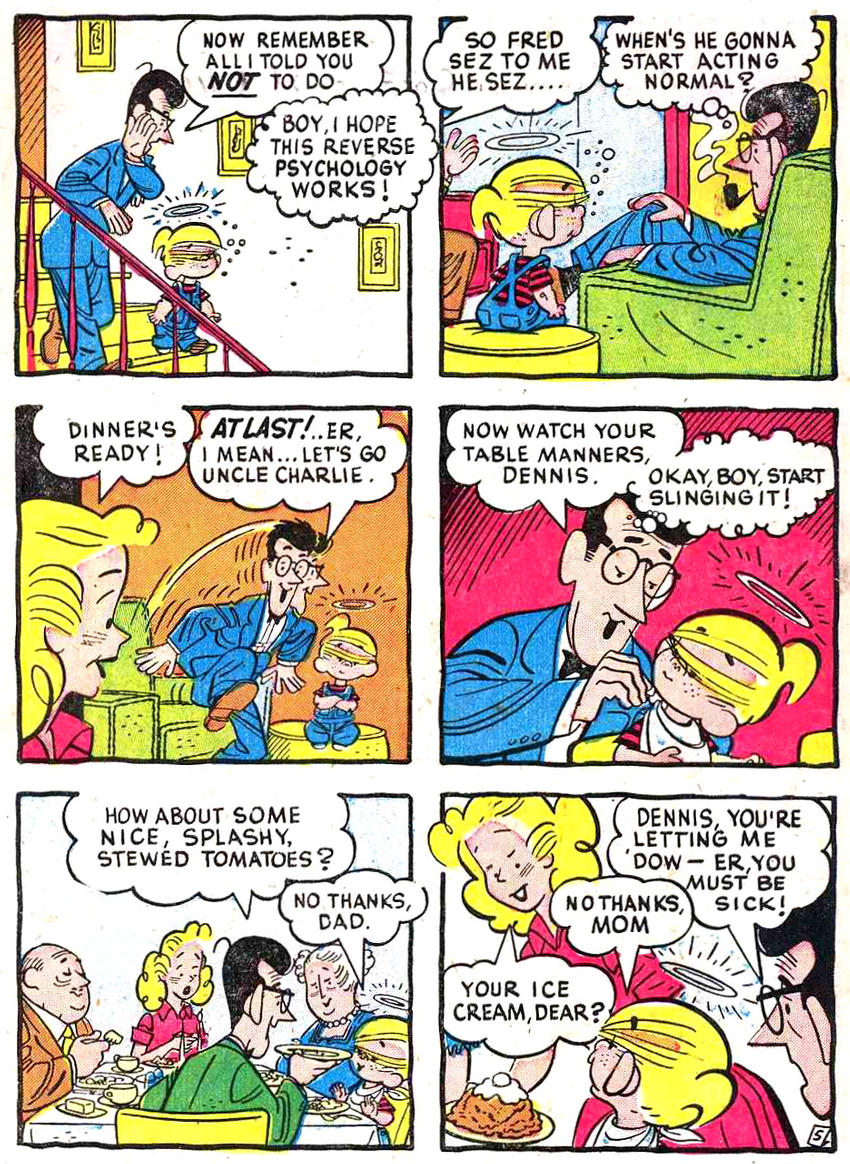 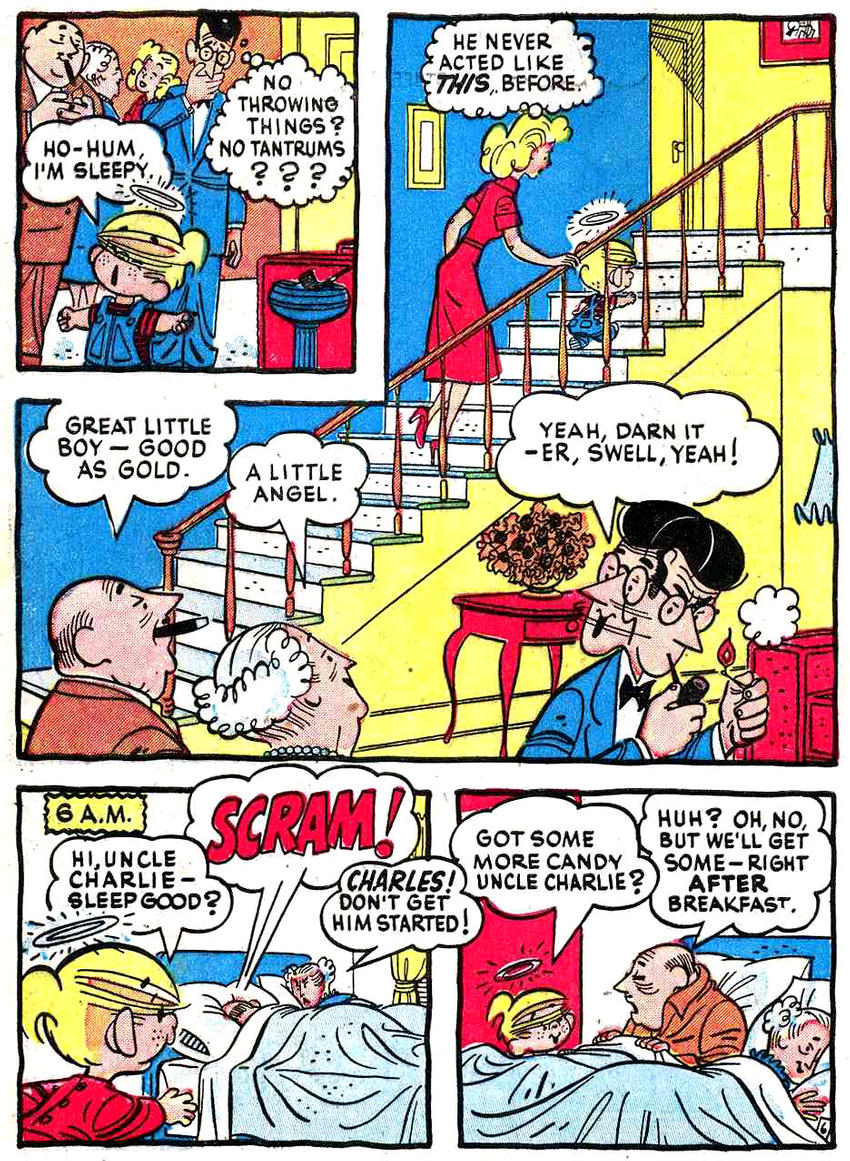 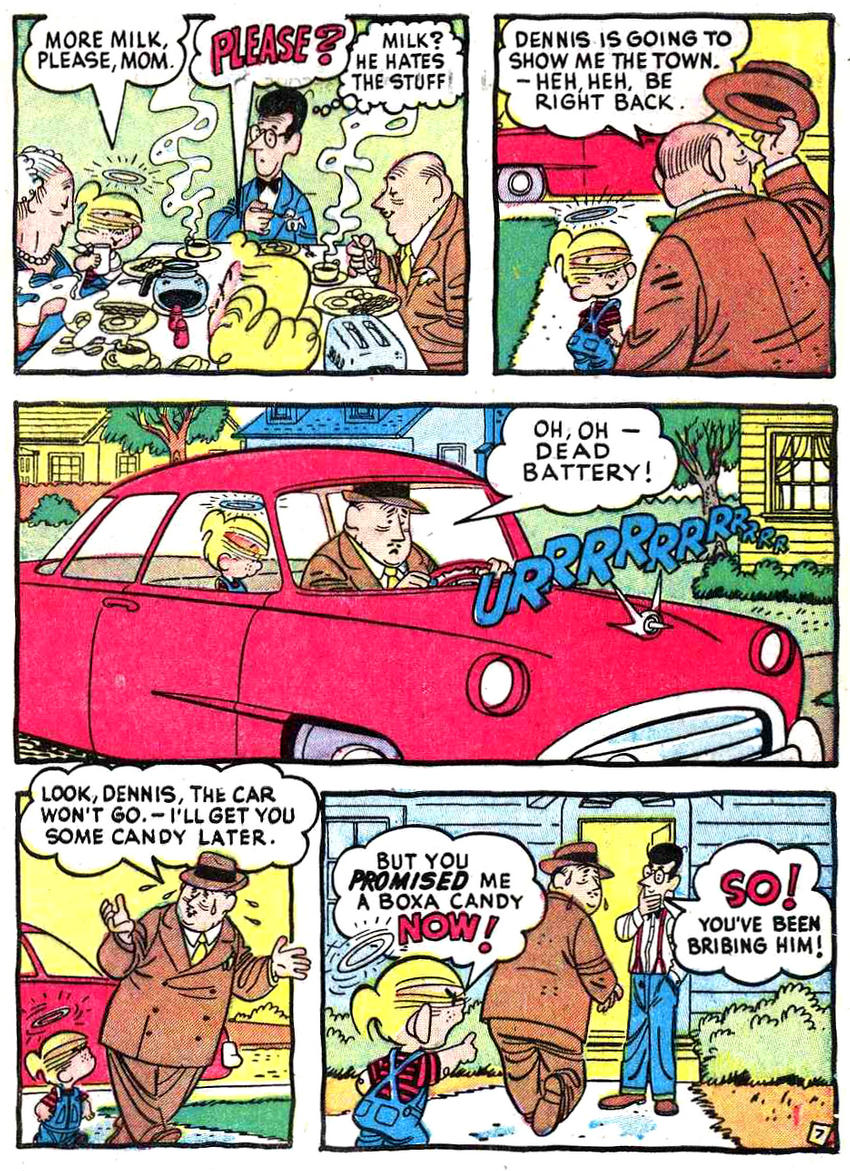 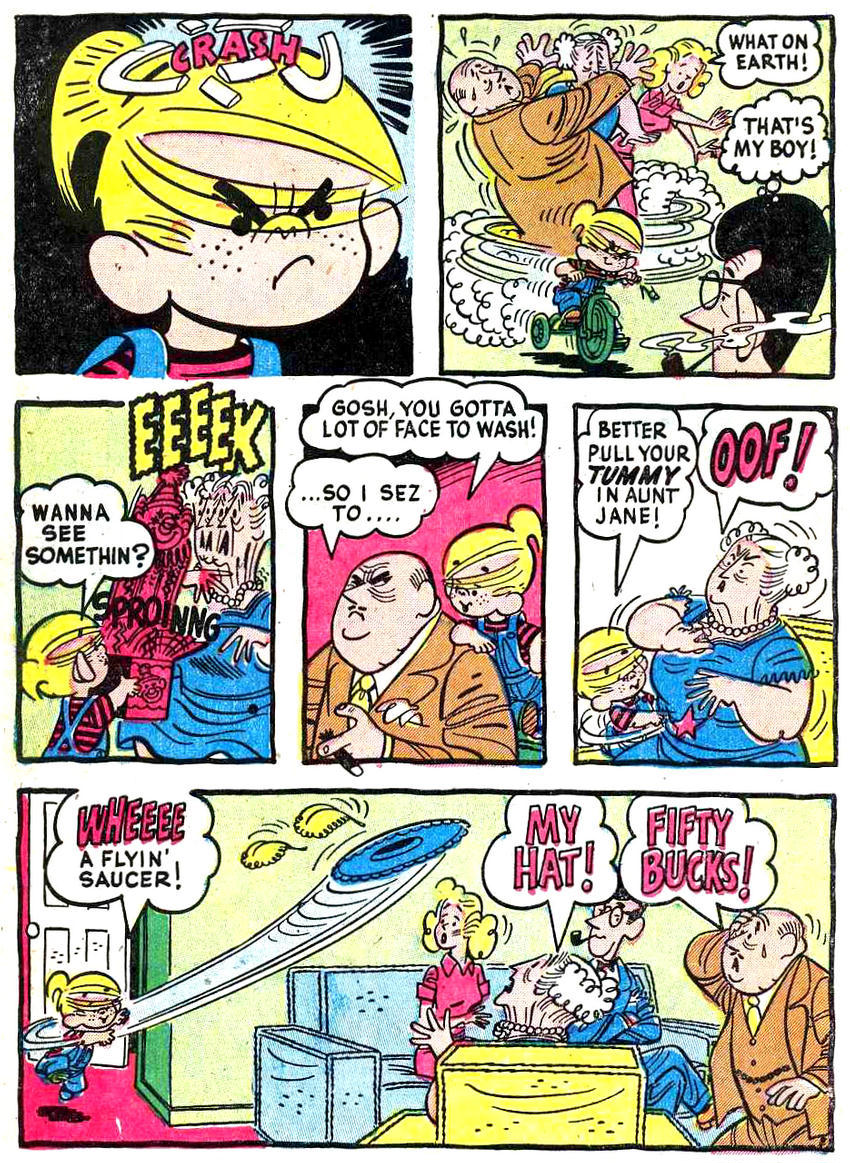 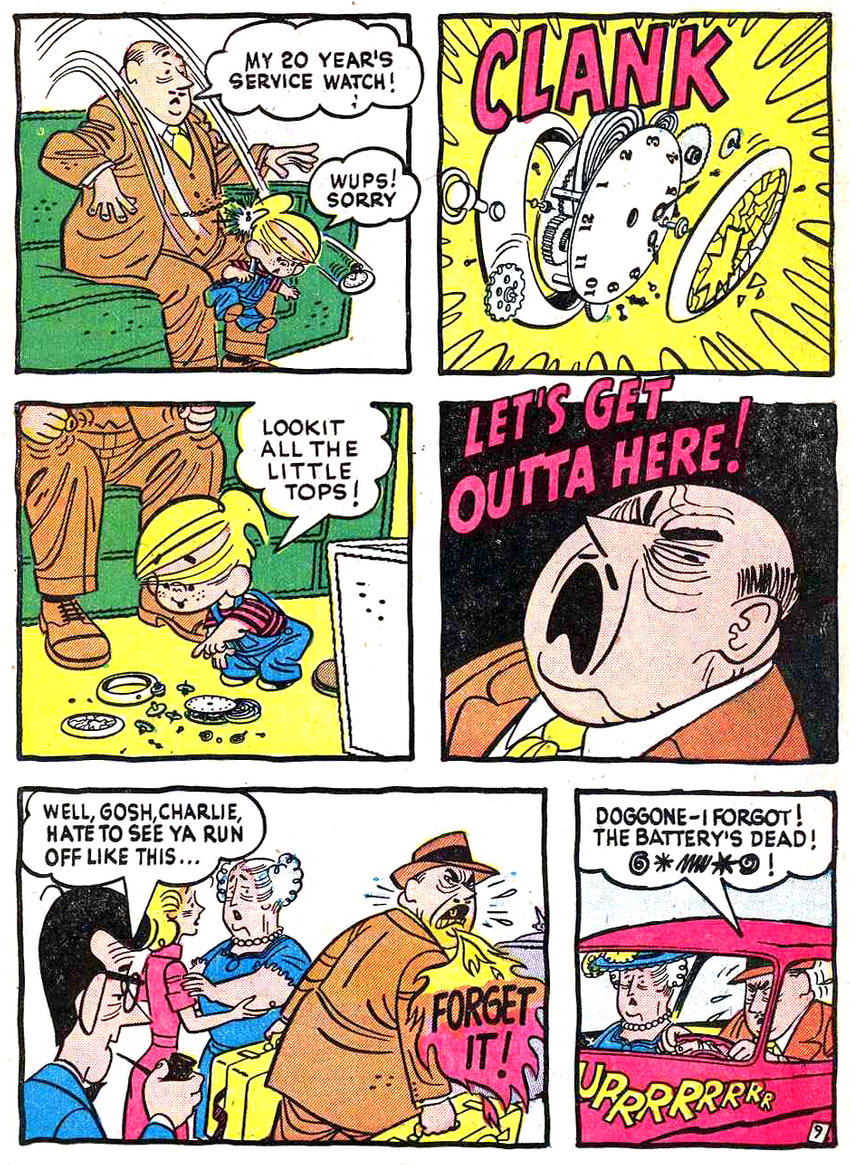 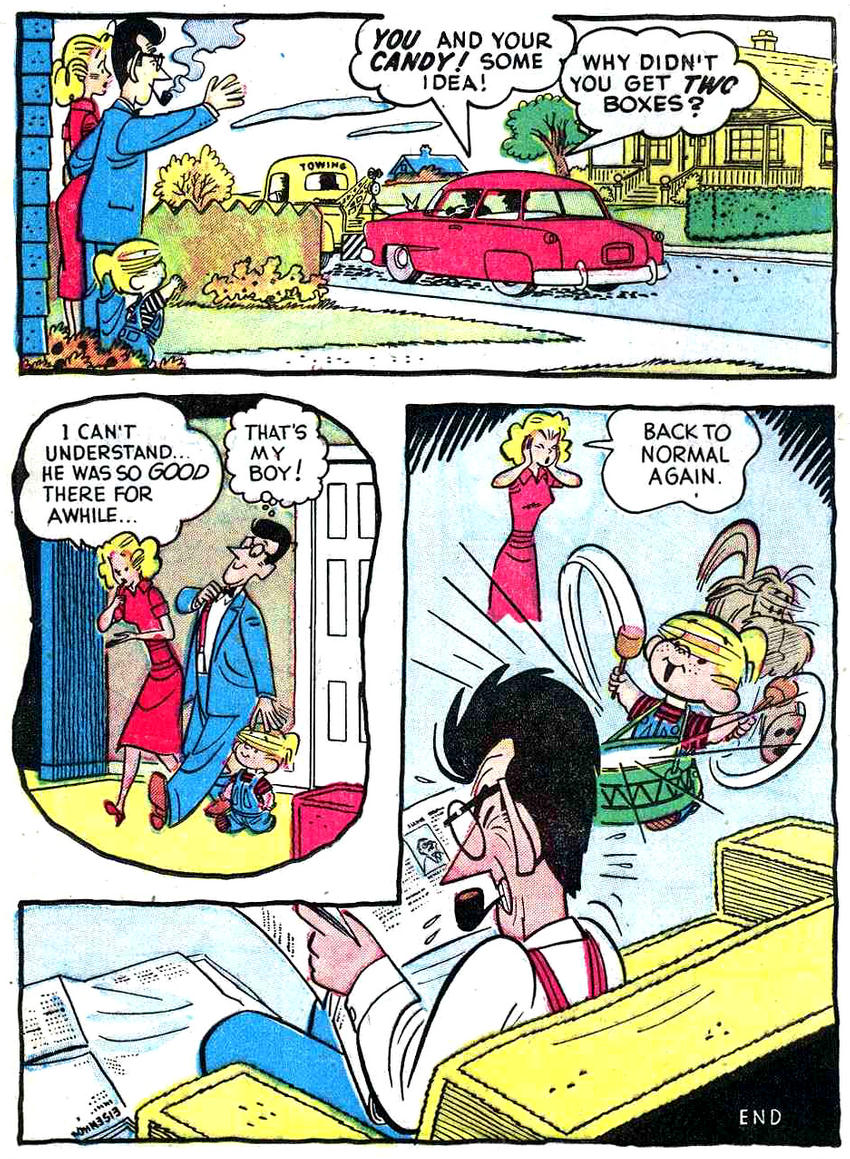 When I was a youngster, one of my favorite treats for myself was to use some of my allowance to buy DENNIS THE MENACE digest-sized comics. For years I had no idea that cartoonists used ghost artist or ghost writers. I thought the comics I loved were all by Hank Ketcham. I was wrong.

To this day I still don't know how many of the stories I read were by Wiseman, but it's a safe bet most (if not all) of them were.

Thanks for posting these!

BTW, It just so happens that today I posted a comic story that was drawn by another DENNIS THE MENACE ghost artist, less well-known than Wiseman, yet just as talented - Robert Bugg, who drew the Sunday color strips during the 70's. Here's the link...
http://apocolytesworldofcomics.blogspot.com/2014/05/weird-wednesday-bizarre-strange-weird.html

Thanks for the link, Apocolyte...Bob Bugg created the wacky character Doctor Hormone for Popular Comics in the early forties...he was an illustration artist, did advertising, book covers, etc. An all around talented guy! I did not know he took over Dennis Sundays in the seventies.