Number 1544: Wham! Bam! Biff! with Commander Steel and his fists of iron 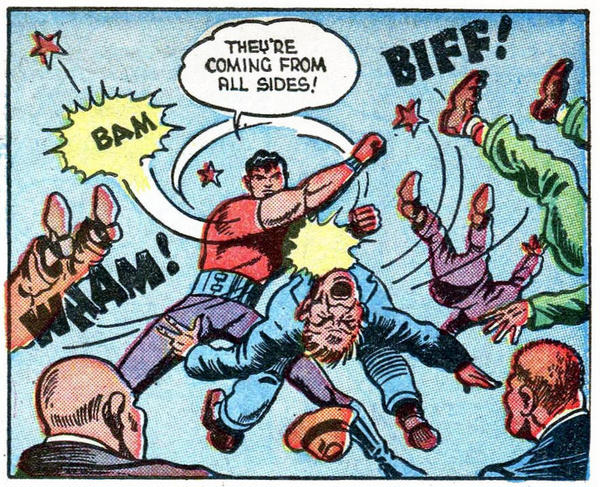 Commander Steel, “wanderer of the world” for the International Police Service, is wandering around in America when he comes upon an auction of war surplus goods. It’s all bought (for $25,000, a bargain) by a criminal fascist group re-arming for another run at taking over der vorld! What makes it simpler for them is that we Americans like to make a buck, even by selling tanks, arms and explosives to people we don’t know, even those who pay with checks drawn on South American banks. This was 1946, and escaped Nazis were hiding out in South America. But that doesn’t tip off anyone but Commander Steel, who wades into battle with those fascists armed only with his fists of Steel.

I love the scene where he comes upon a box marked “time bombs.” Gad, how convenient. Any terrorist worth his suicide vest would love to find that.

The story is from Grand Slam Three Aces #47 (1946), a Canadian comic book from Anglo-American Publishing, which did have some distribution in the U.S. after the war, when embargoes on importing U.S. comics and other non-essential goods were lifted. Alas, even Commander Steel couldn’t save the publisher against the onslaught of our homegrown U.S. comic book industry. By the end of 1946 this comic and Commander Steel were back north of the 49th parallel, and then gone for good. 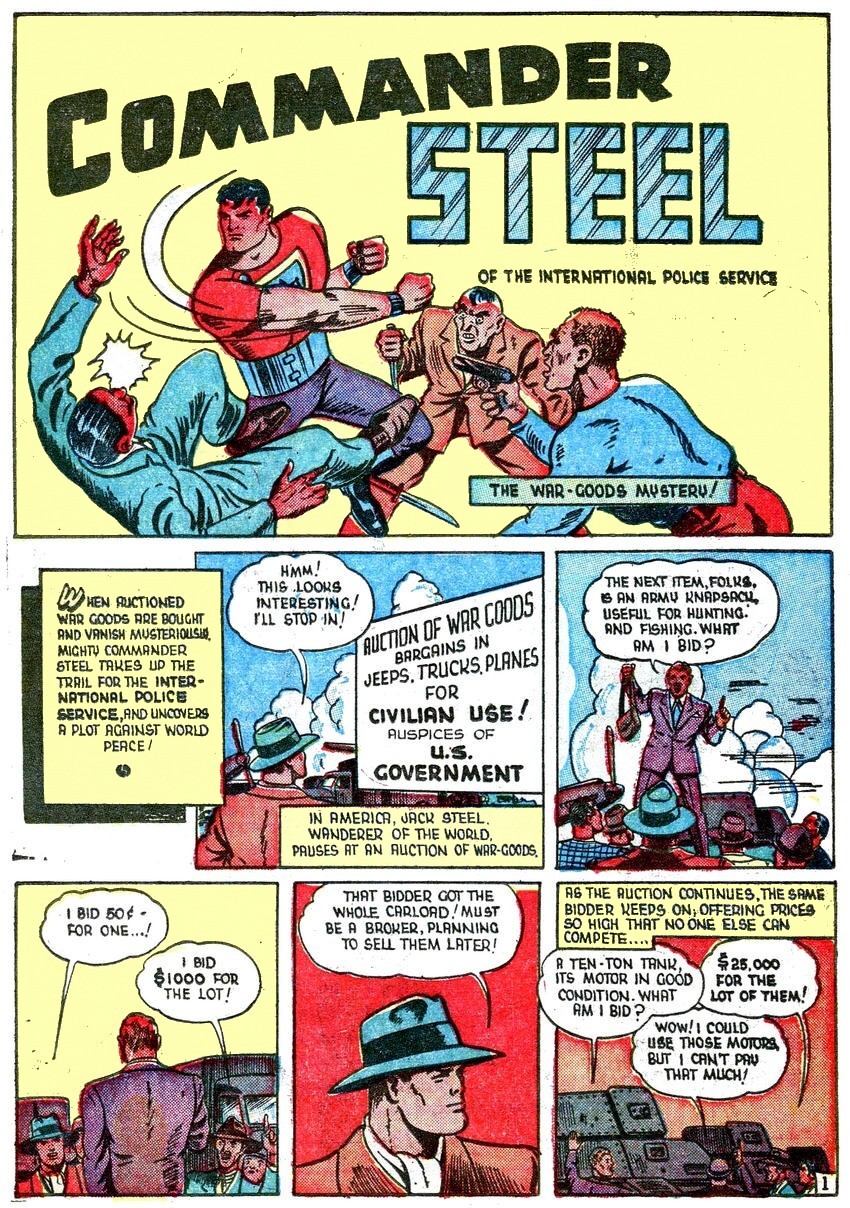 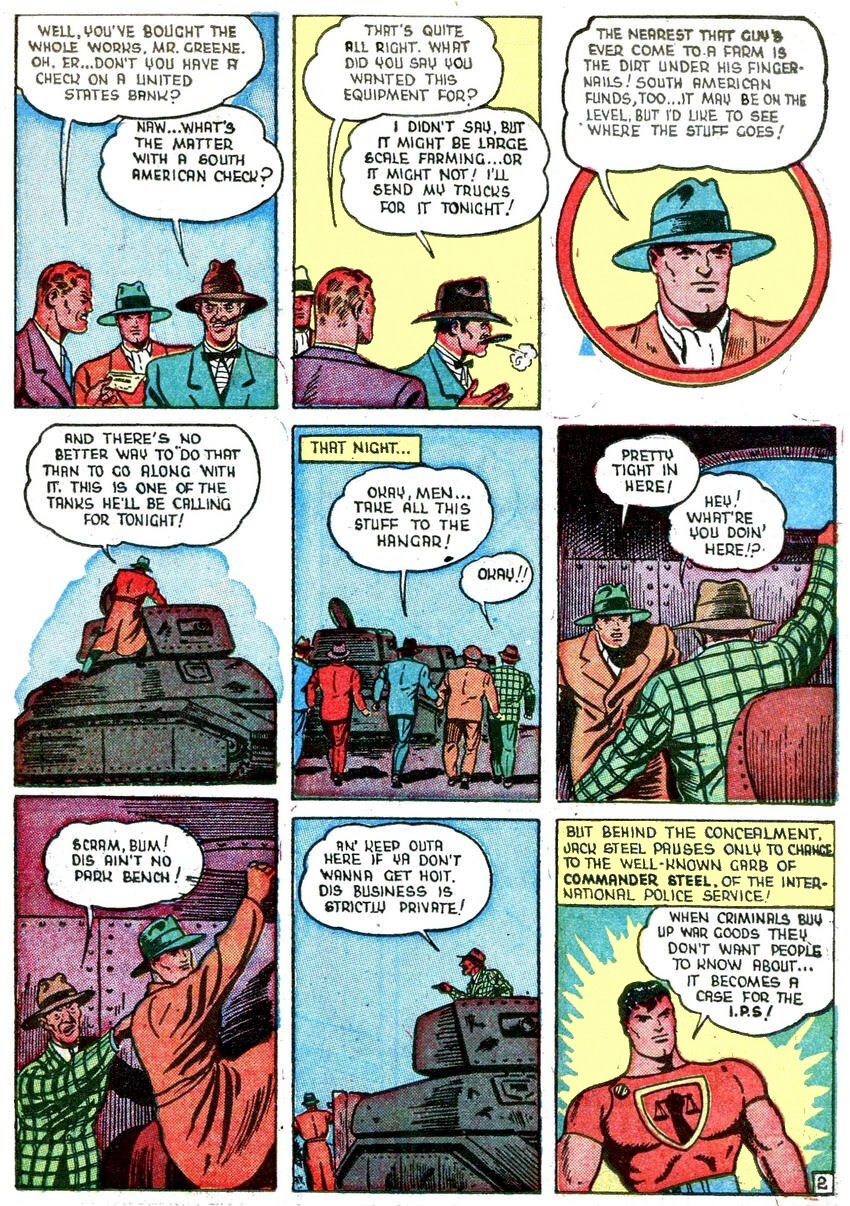 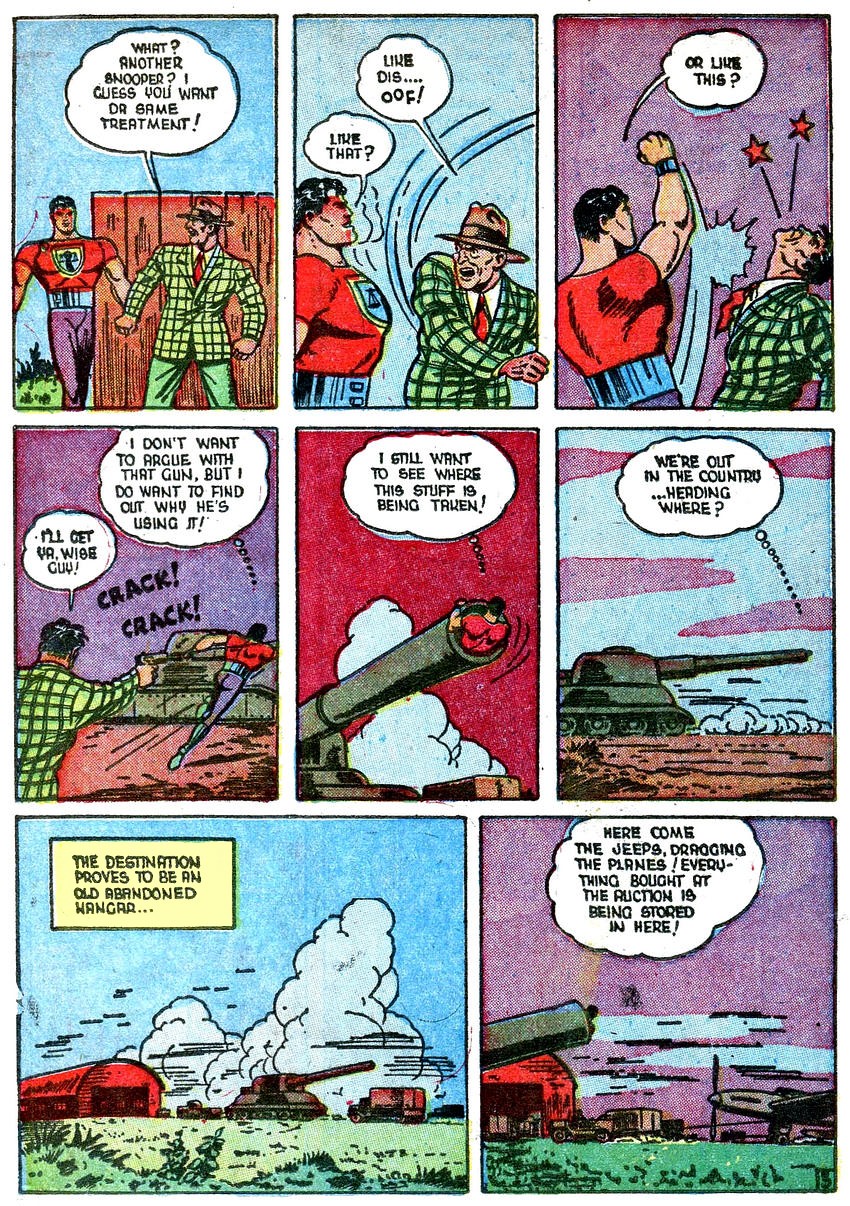 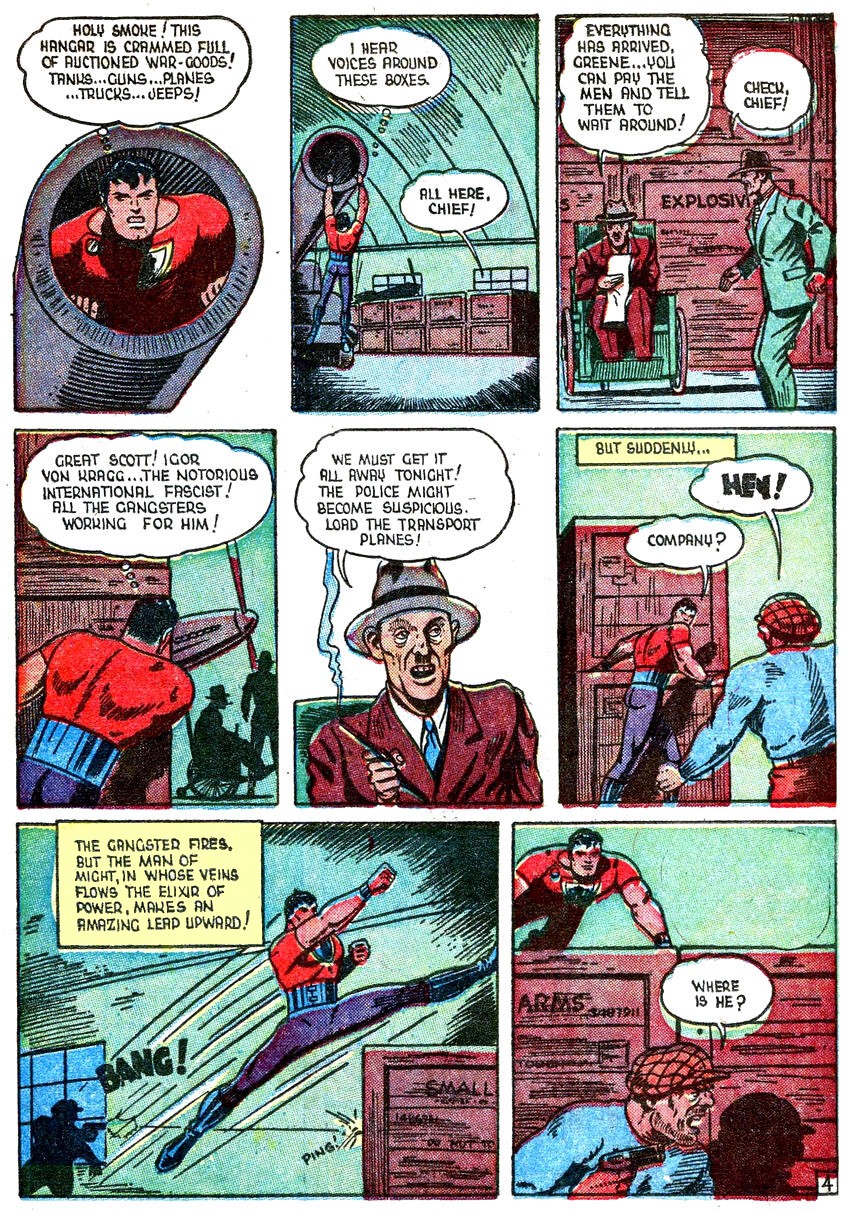 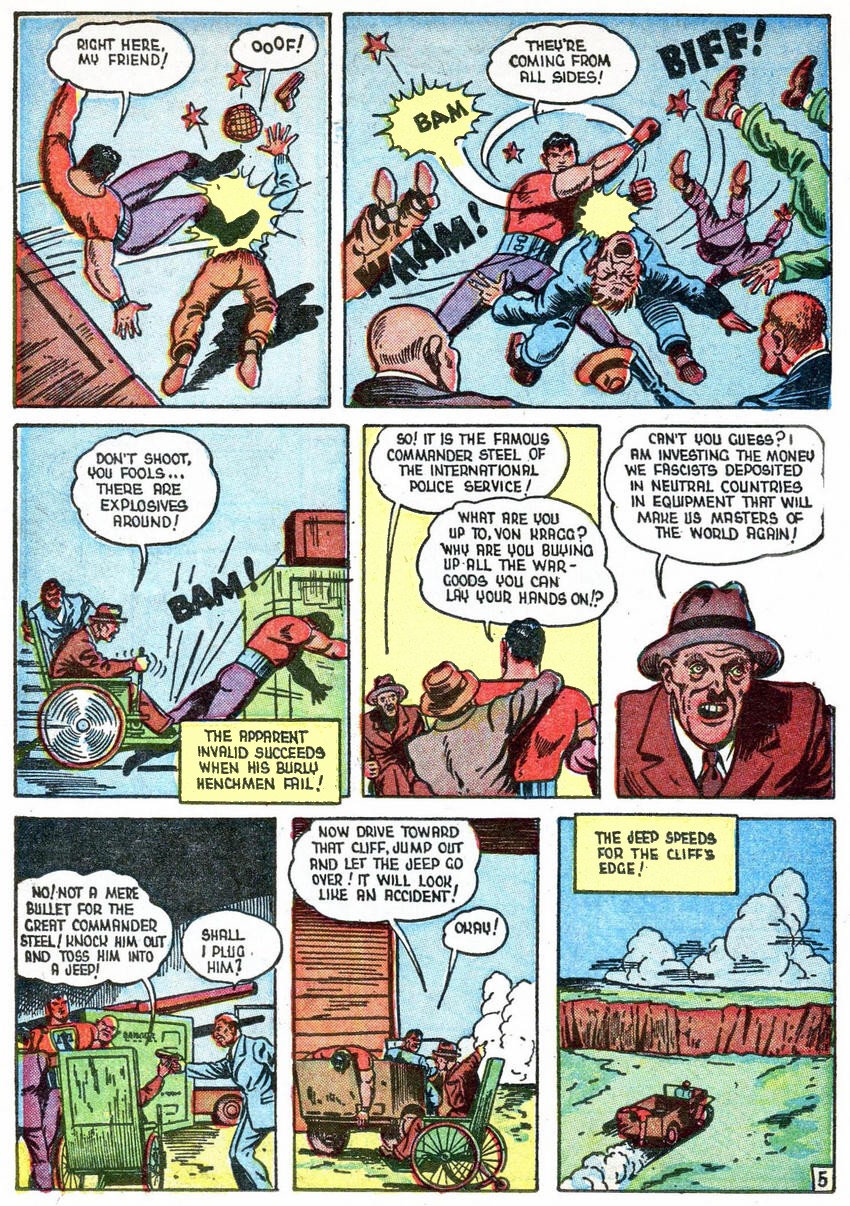 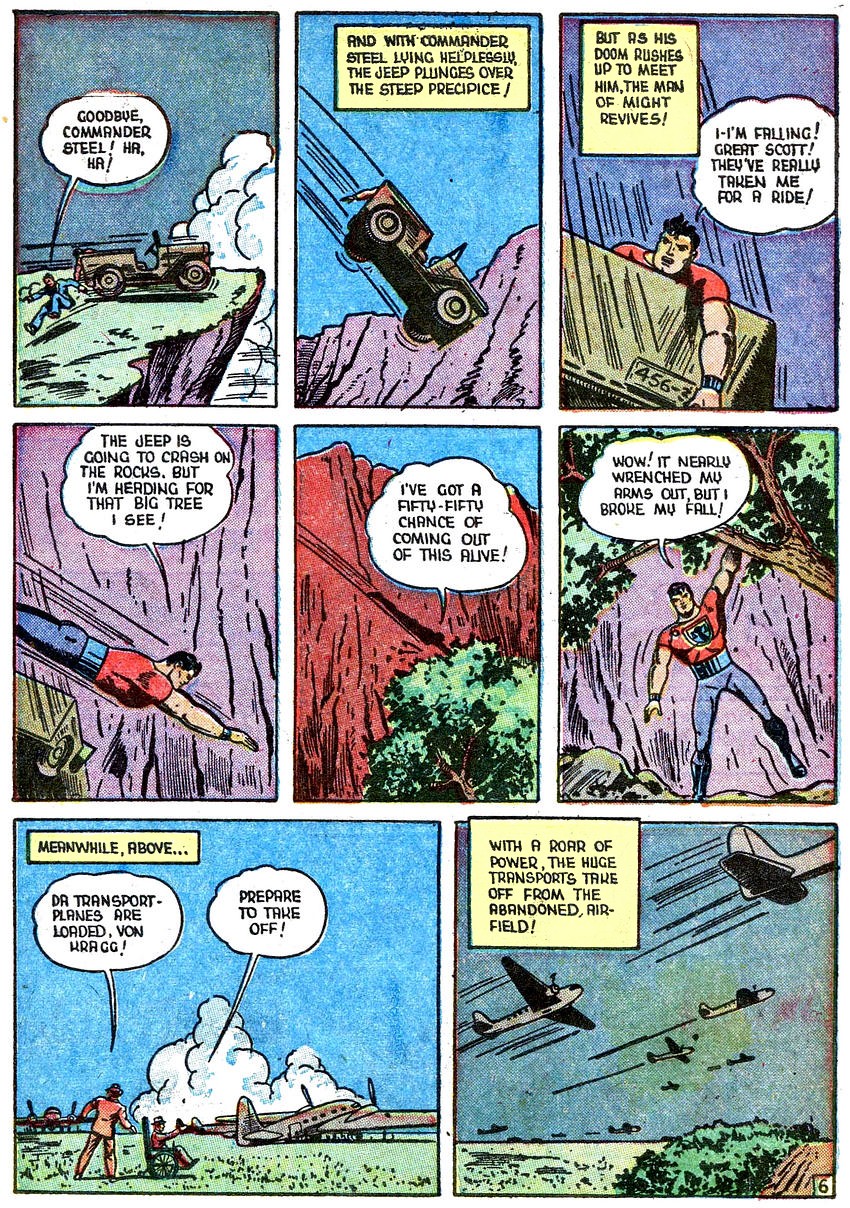 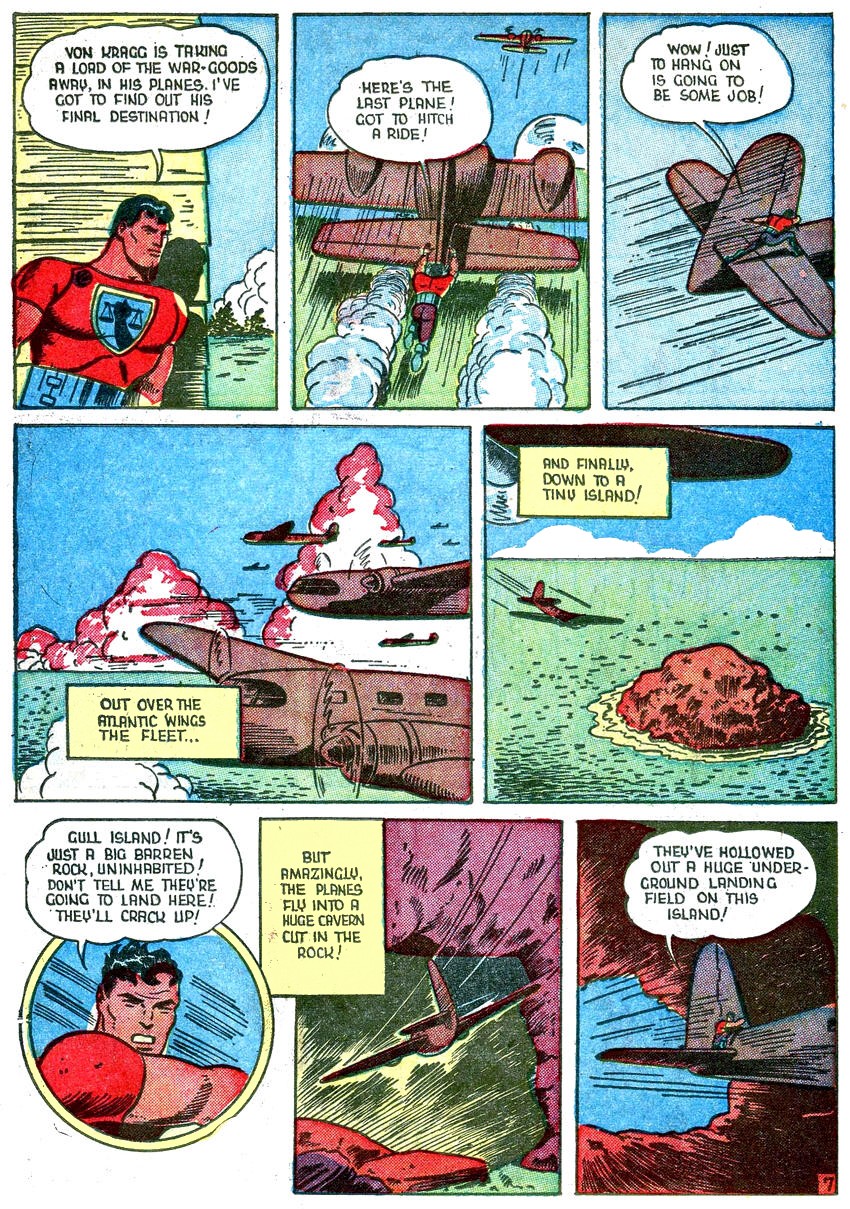 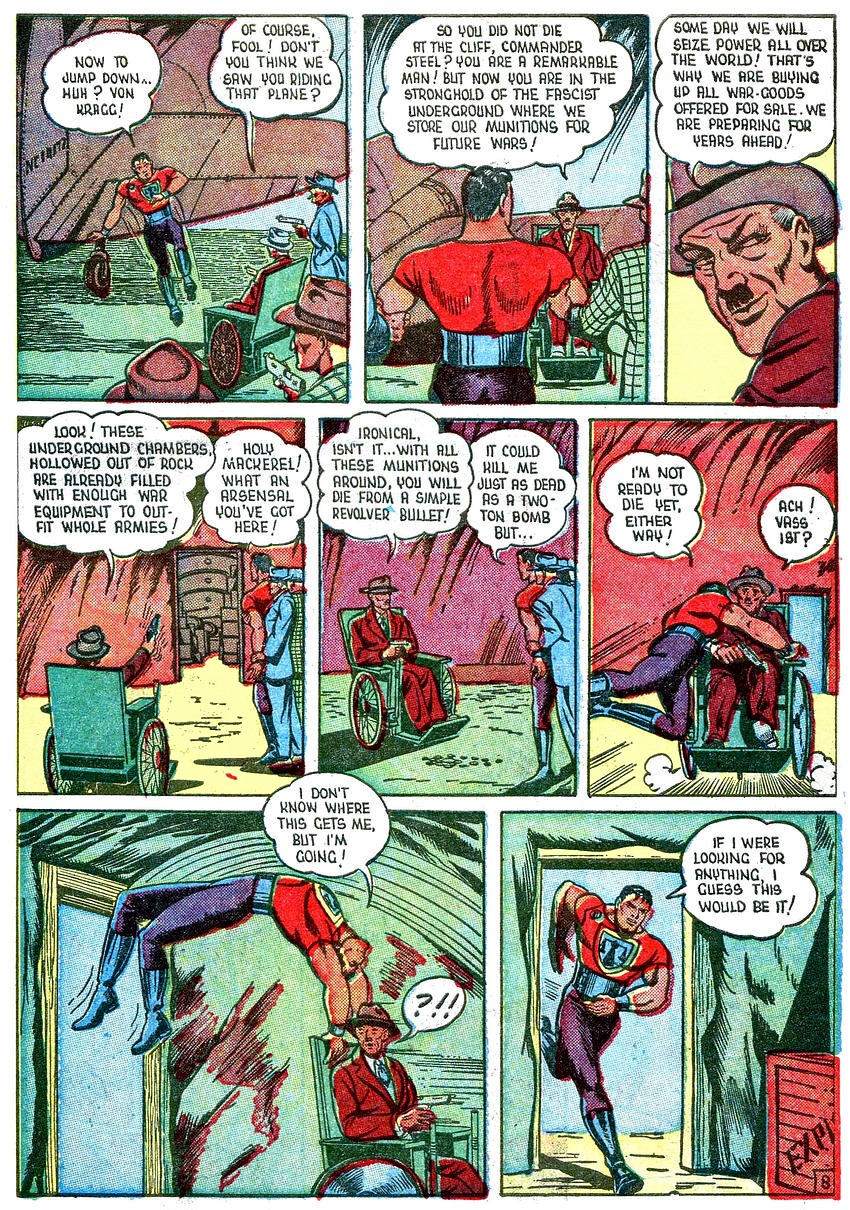 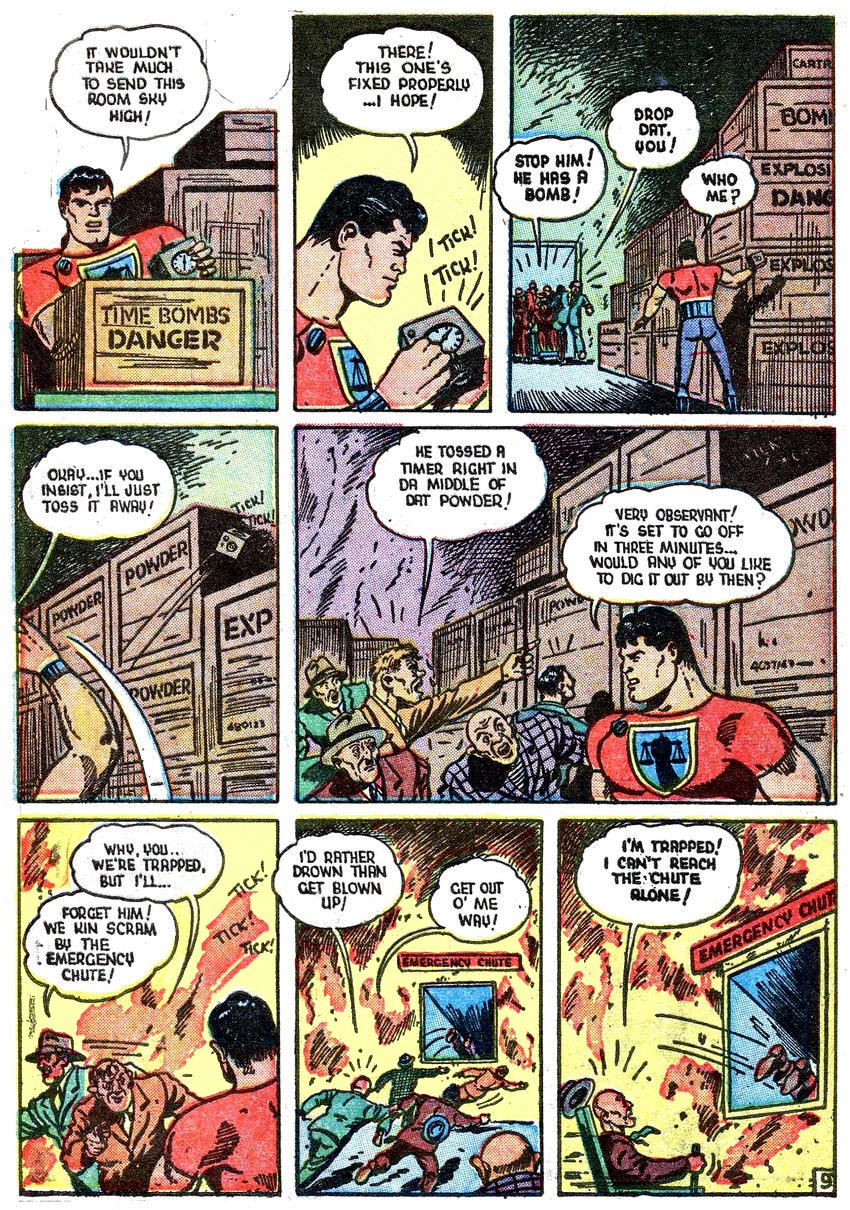 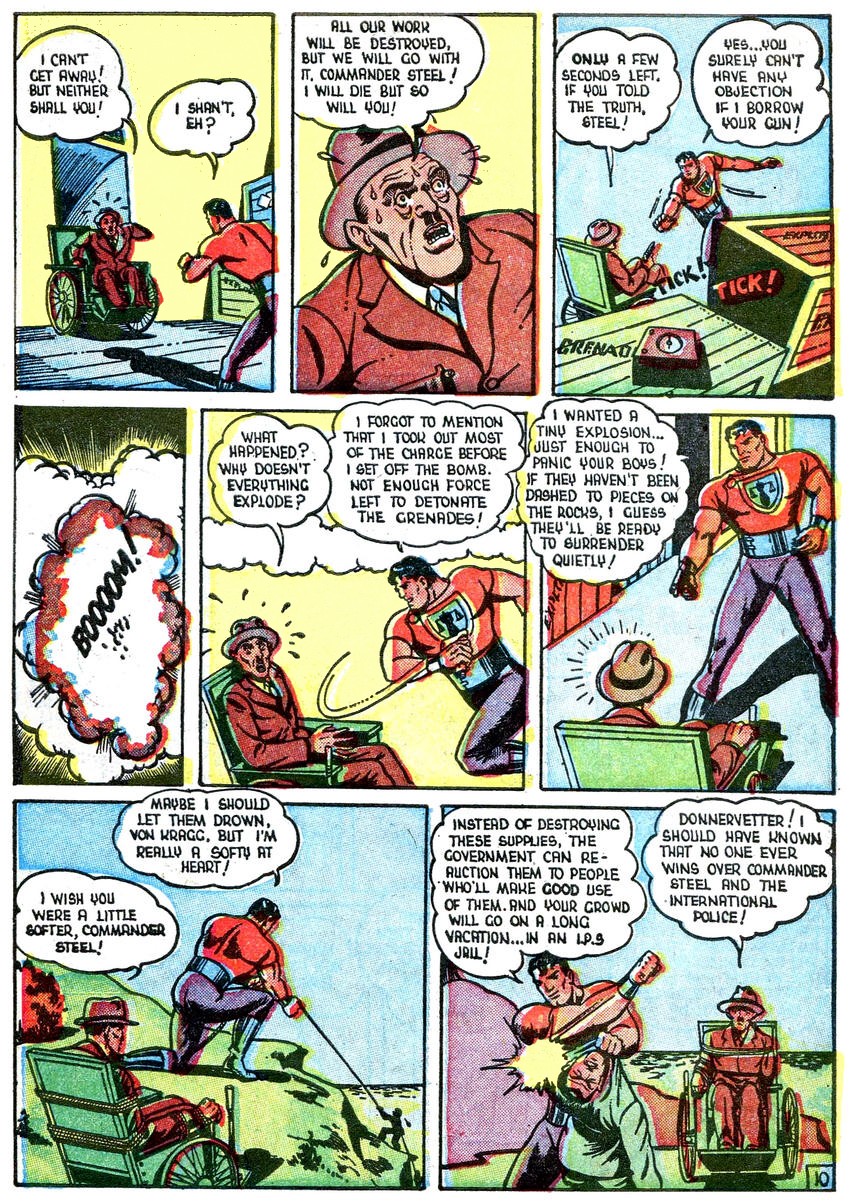 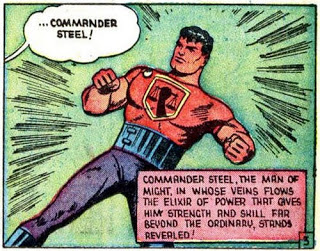