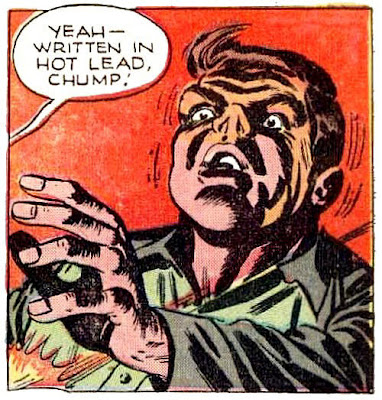 When DC Comics picked up the license in 1947 for the radio program, Gang Busters, it entered the crime comics fray, presided over by Crime Does Not Pay and its myriad of imitators. DC had a ready-made audience for Gang Busters, which was a perennial popular show and identifiable by comic book readers. This story from issue #1 (1948) is more of the format of a traditional crime comic. Gang Busters later moved into the DC-style of the fifties, especially after the Comics Code was instituted. The title lasted at DC until late 1958.

The story, “Murder Was My Business,” with a traditional career-ending arrival by the killer at the electric chair, is signed by George Roussos. 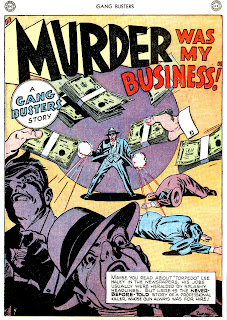 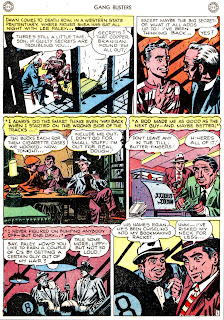 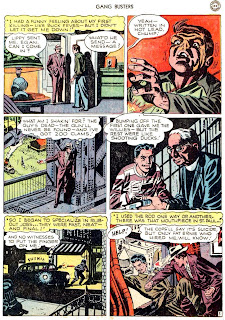 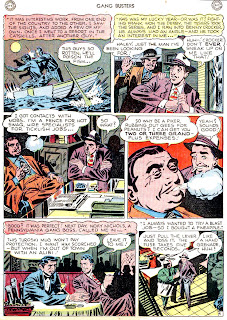 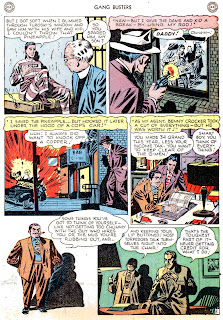 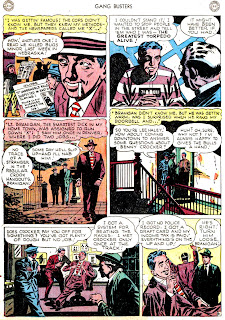 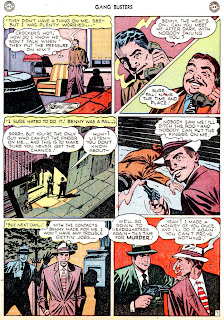 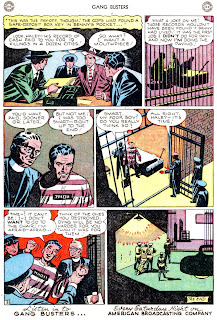 One interesting thing I've noticed about a lot of crime comics, and jumps out in this one?

This means that, in these stories, the bad guys are in complete control of their fate. This is, seemingly, the opposite message you're supposed to be giving!

I agree about the message, Brian. It is not to make mistakes or get caught, but in real life isn't that how police catch criminals?

If you Google "Internet Archive" on line there are free radio shows called "Gangbusters" to listen to for free. I believe they may be related to or inspired by this comic strip. I like these stories because you see justice. The bad guy gets caught. Unlike many crime movies that portray the notorious criminals
in a romantic way. There's nothing glamorous about this life style.