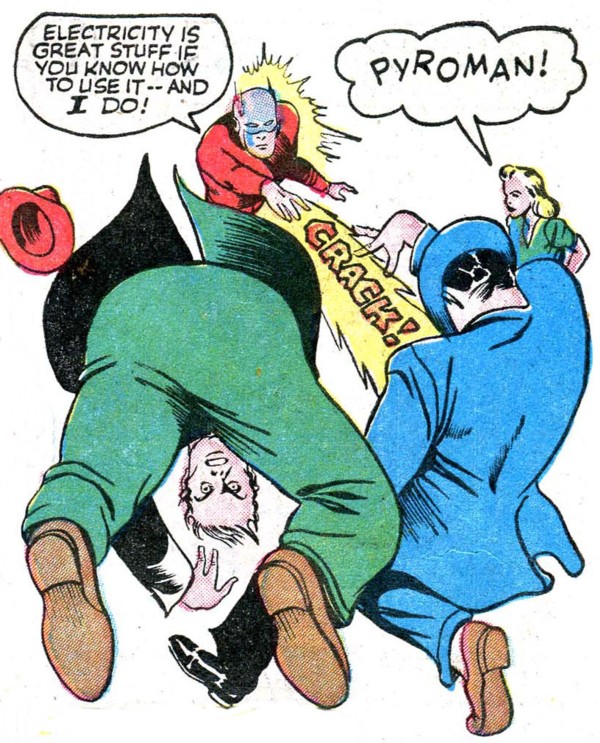 Despite his name, Pyroman didn’t set the comics world on fire. He appeared in comics published by Nedor (or Better, or Standard), edited by Richard E. Hughes (who stayed on when the publisher became the American Comics Group, known as ACG.) Pyroman, as Dick Martin, was charged up with electricity by being zapped in the electric chair. He got his powers when he survived the execution attempt and was from then on loaded up with electricity. which could be re-charged by grabbing on to live wires, (Kids, do not try that at home.)

The Nedor stories of the era are mainly action, panel after panel of slugging and flying and escaping and — you get the picture. This is no exception. In this tale a mechanical “brain” leads a group of German saboteurs and that’s all it takes for Pyroman to do his electric/magnetic thing for 12 pages.

Artist is unknown by the Grand Comics Database. The story is from America’s Best Comics #6 (1943): 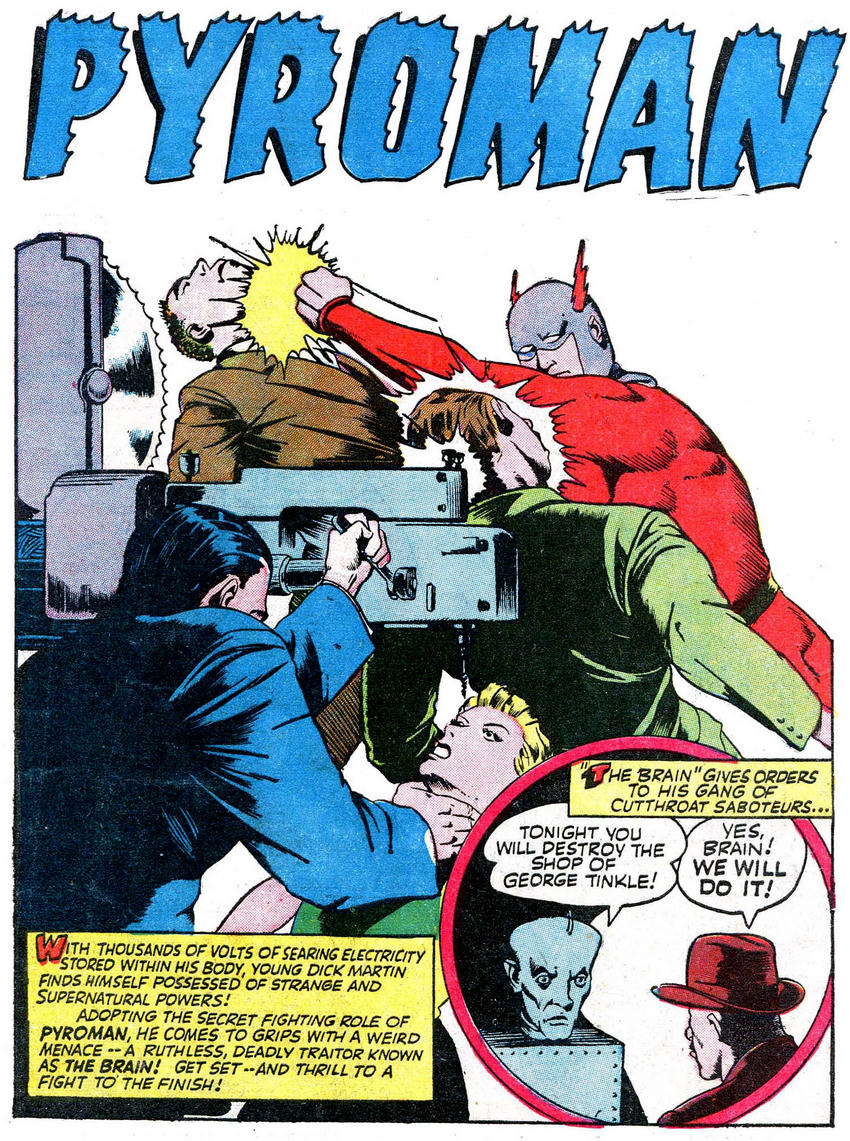 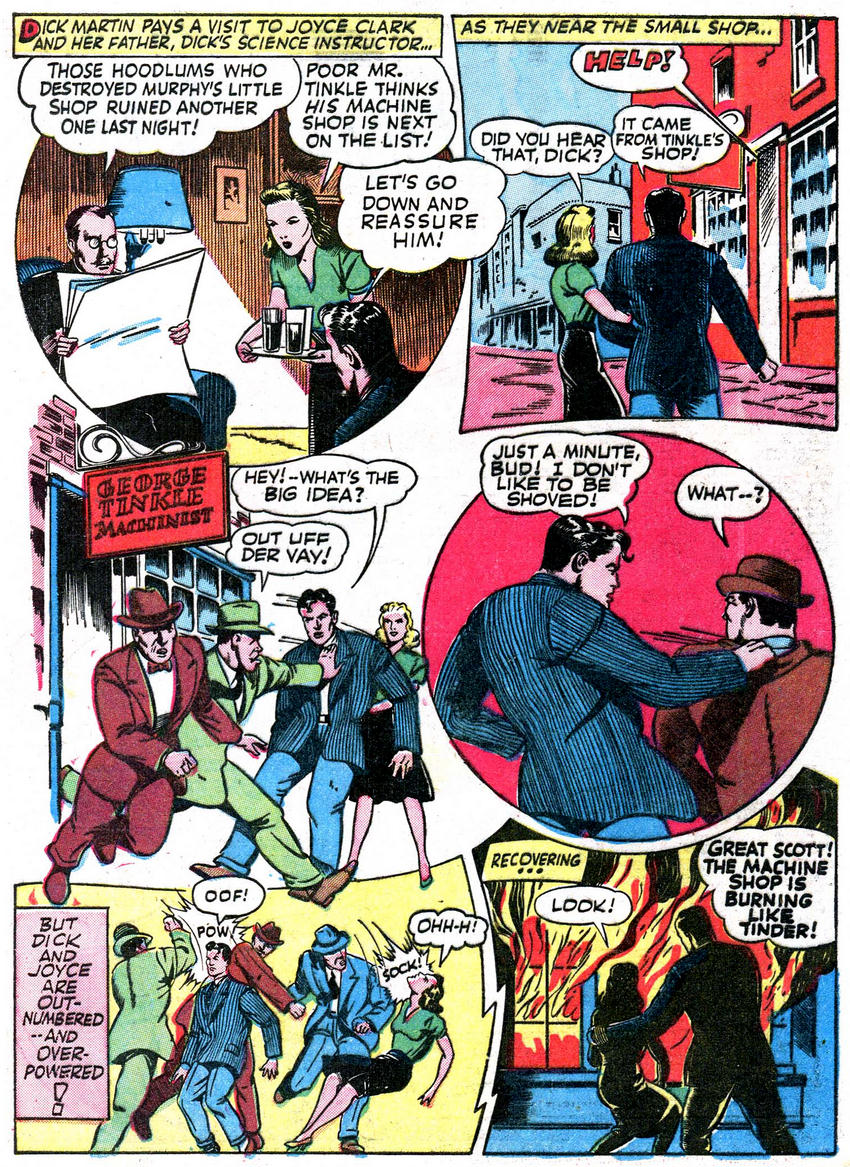 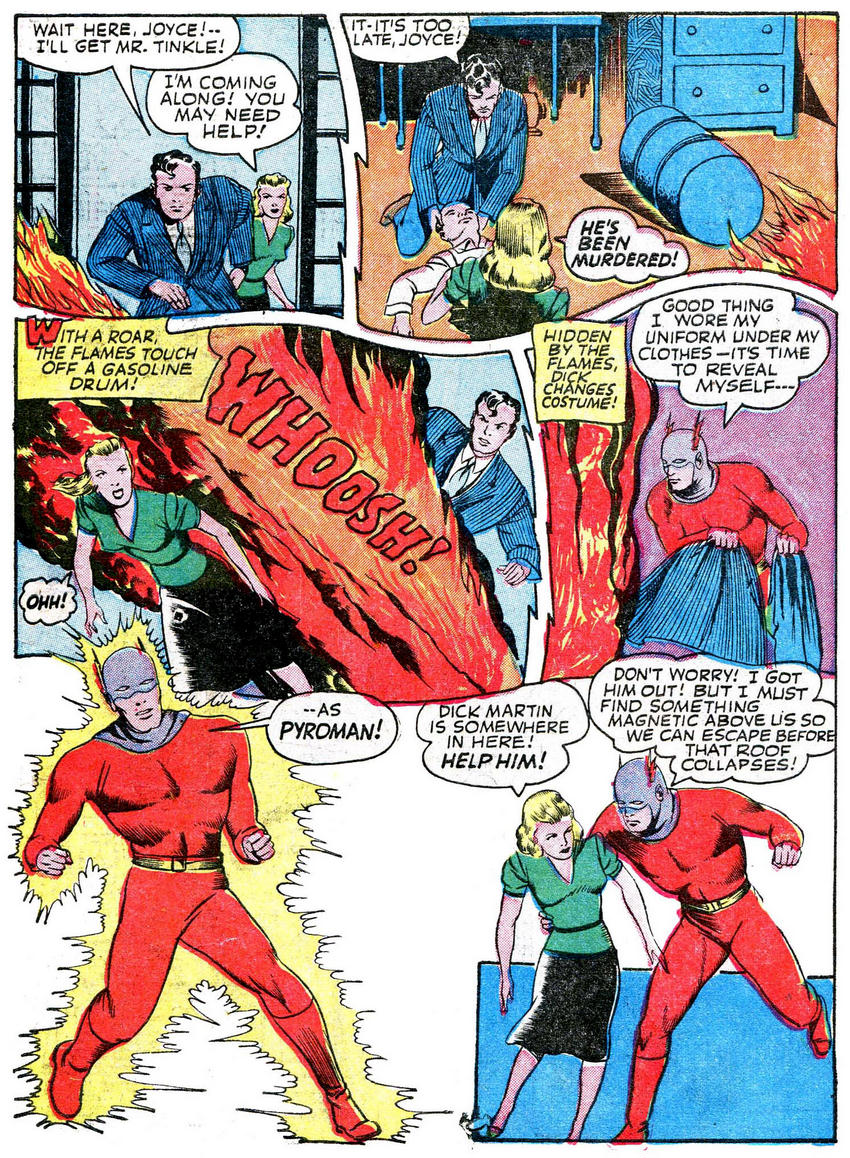 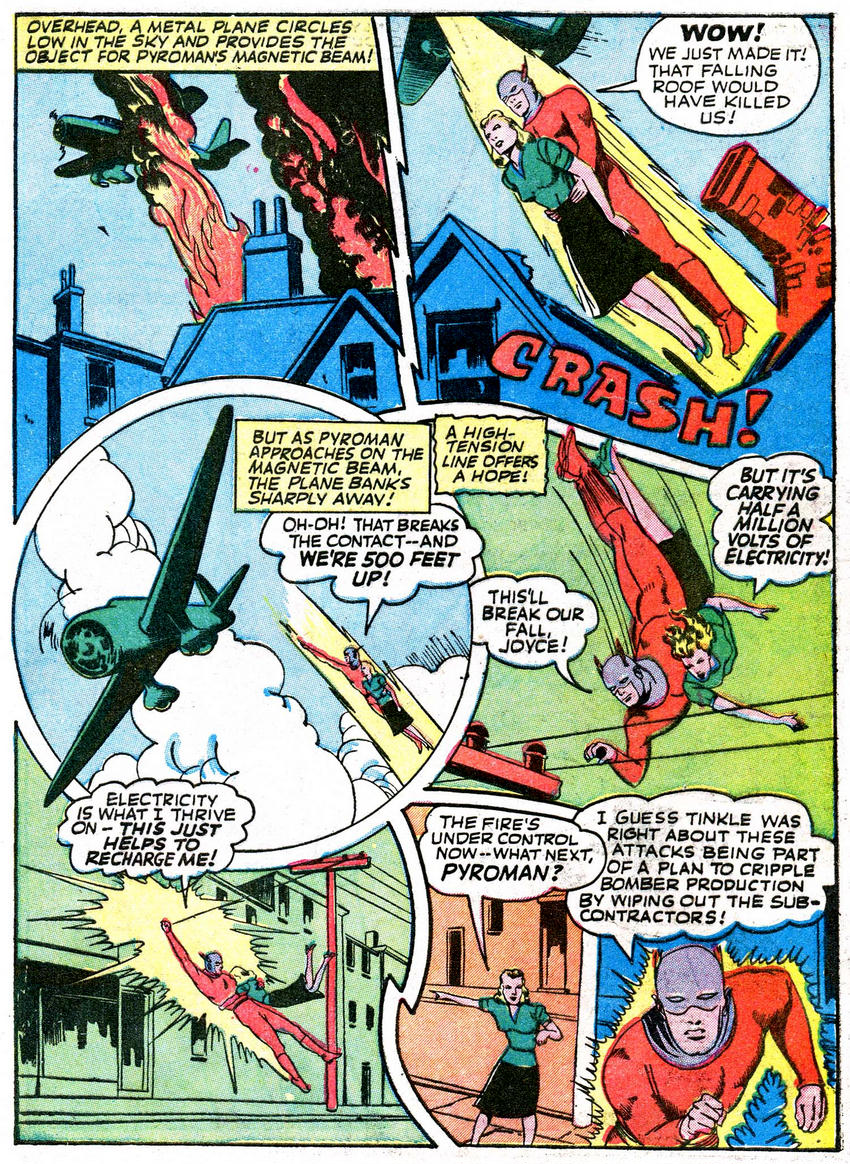 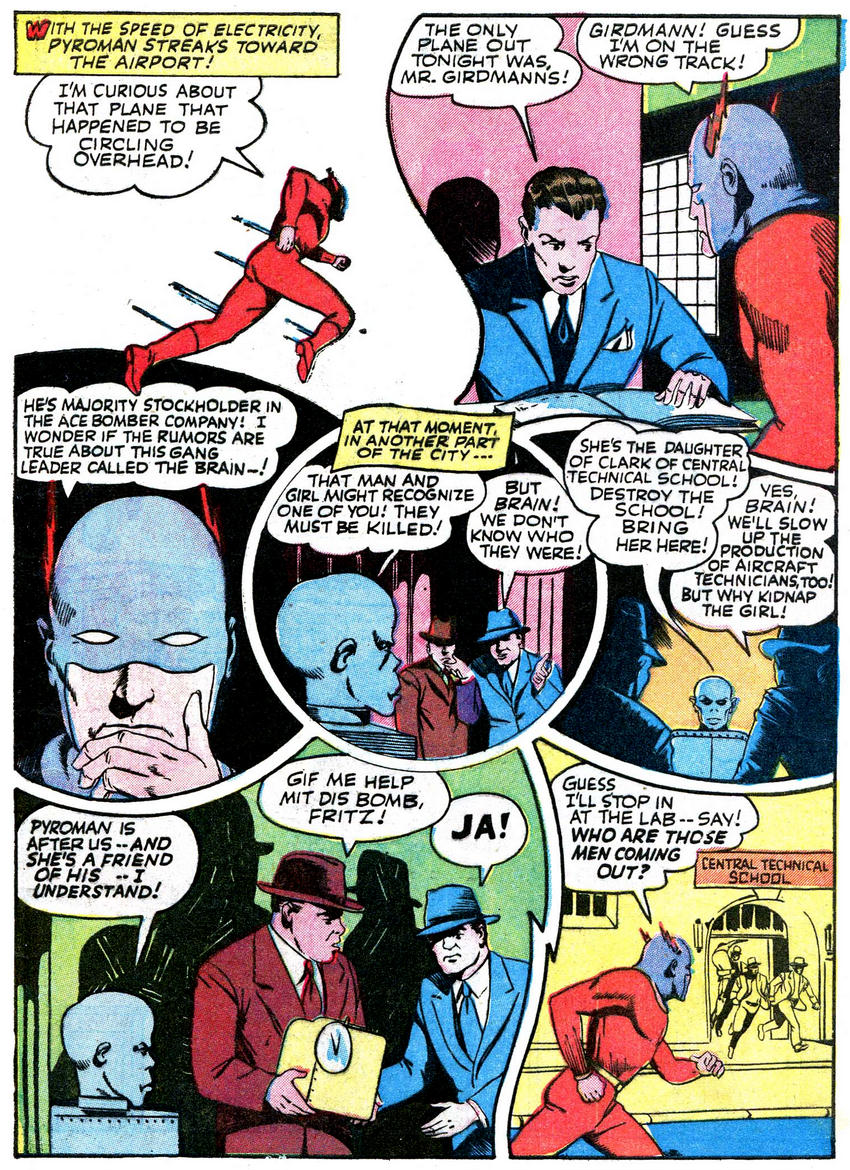 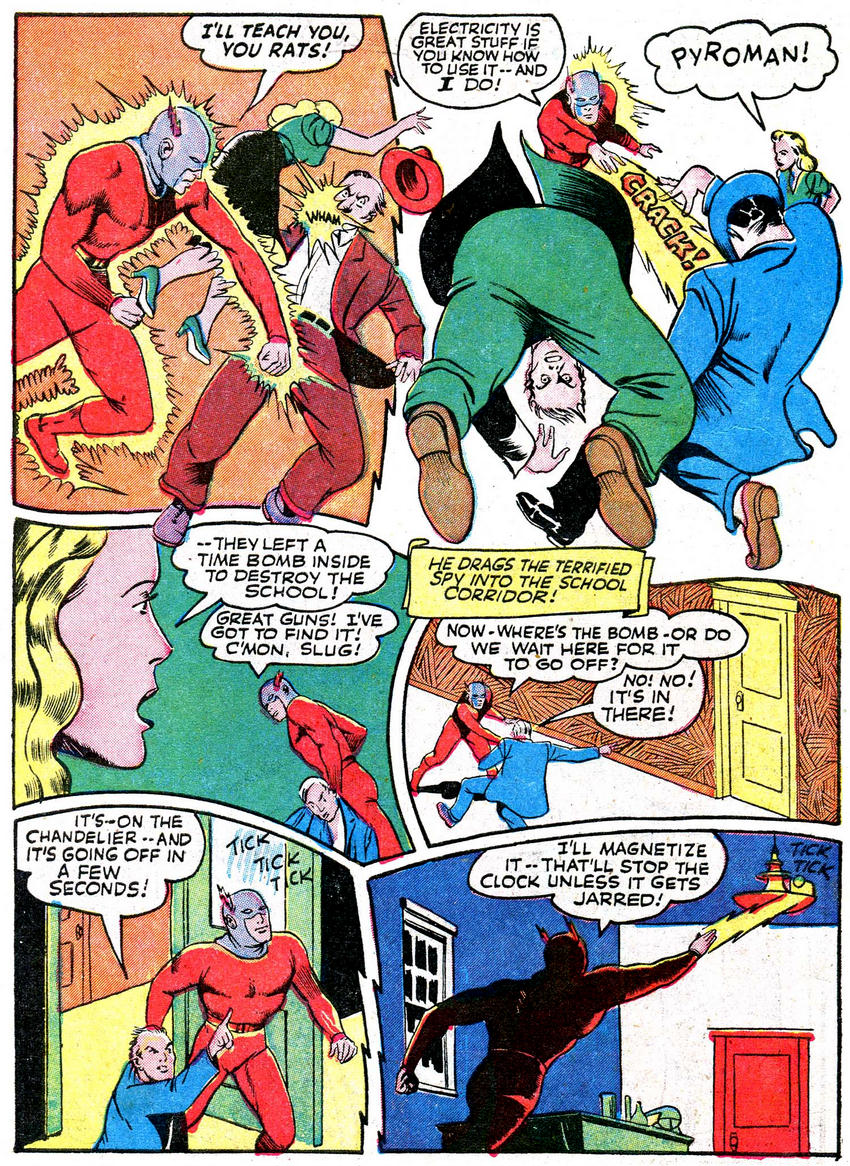 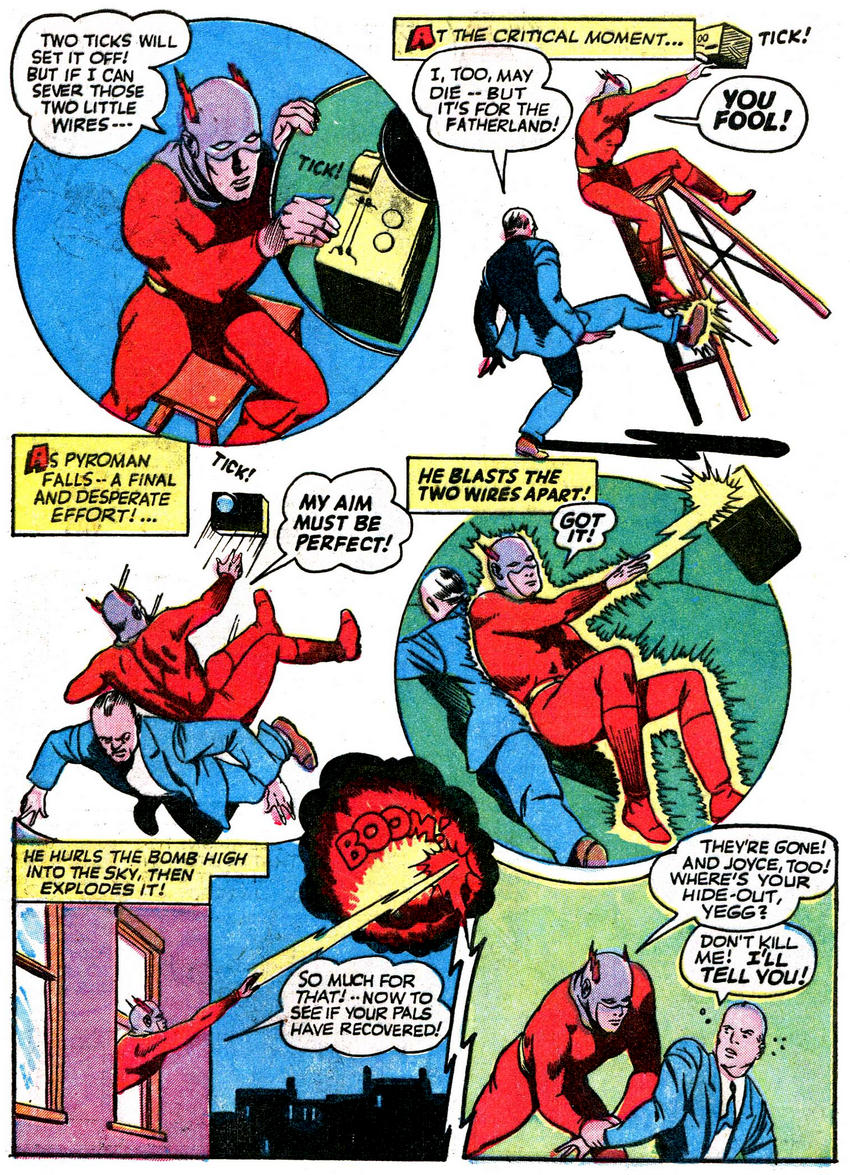 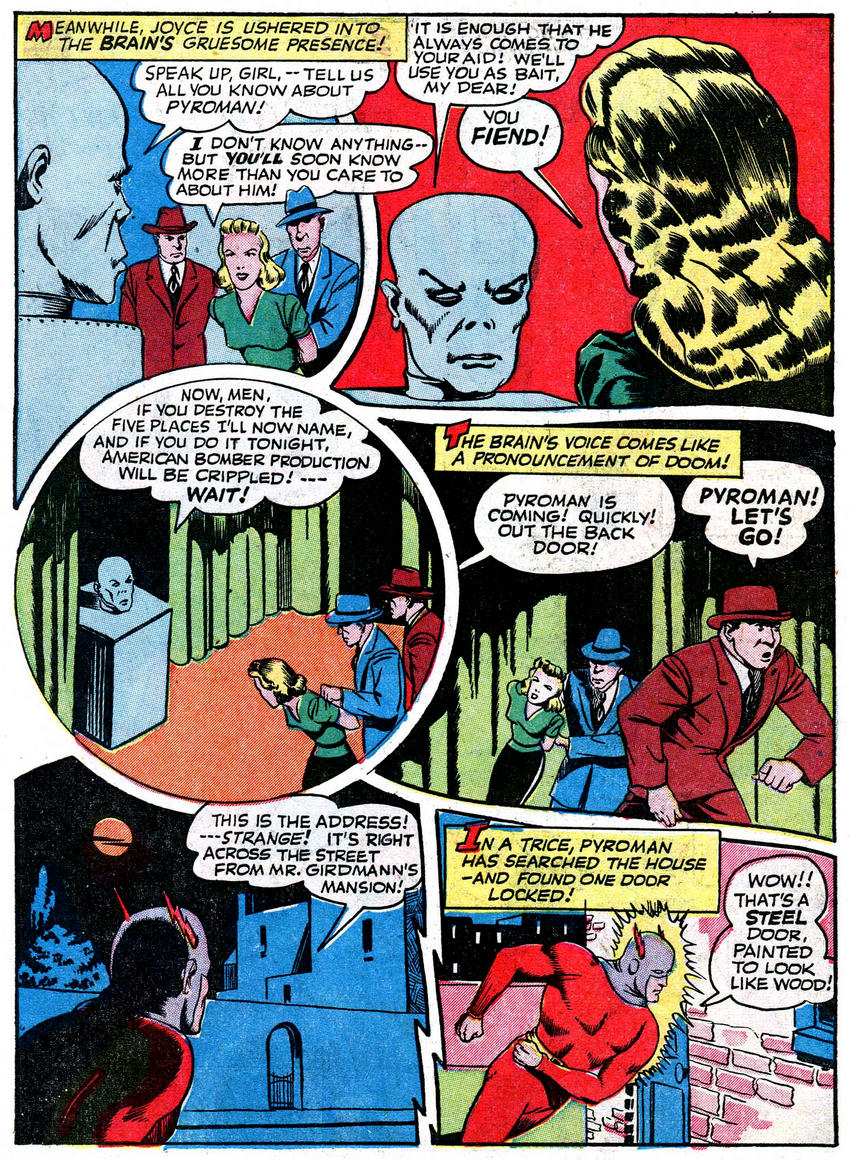 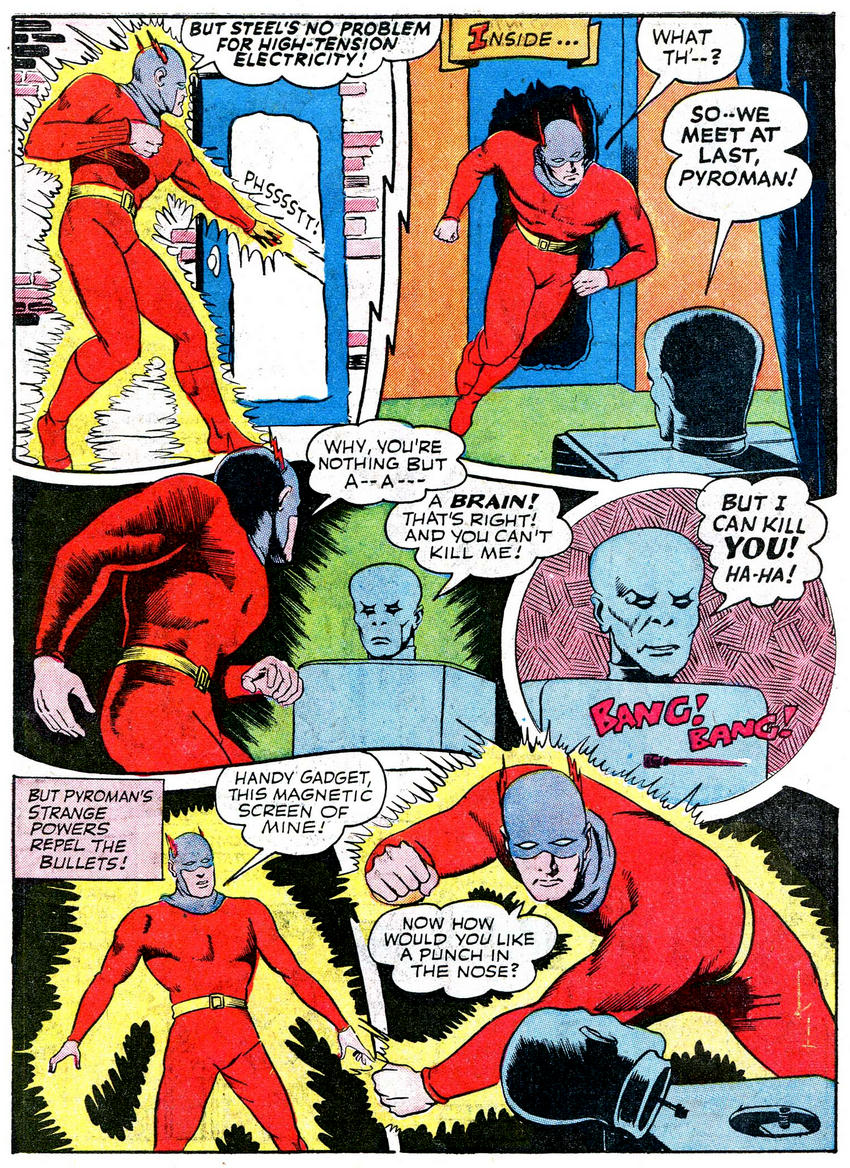 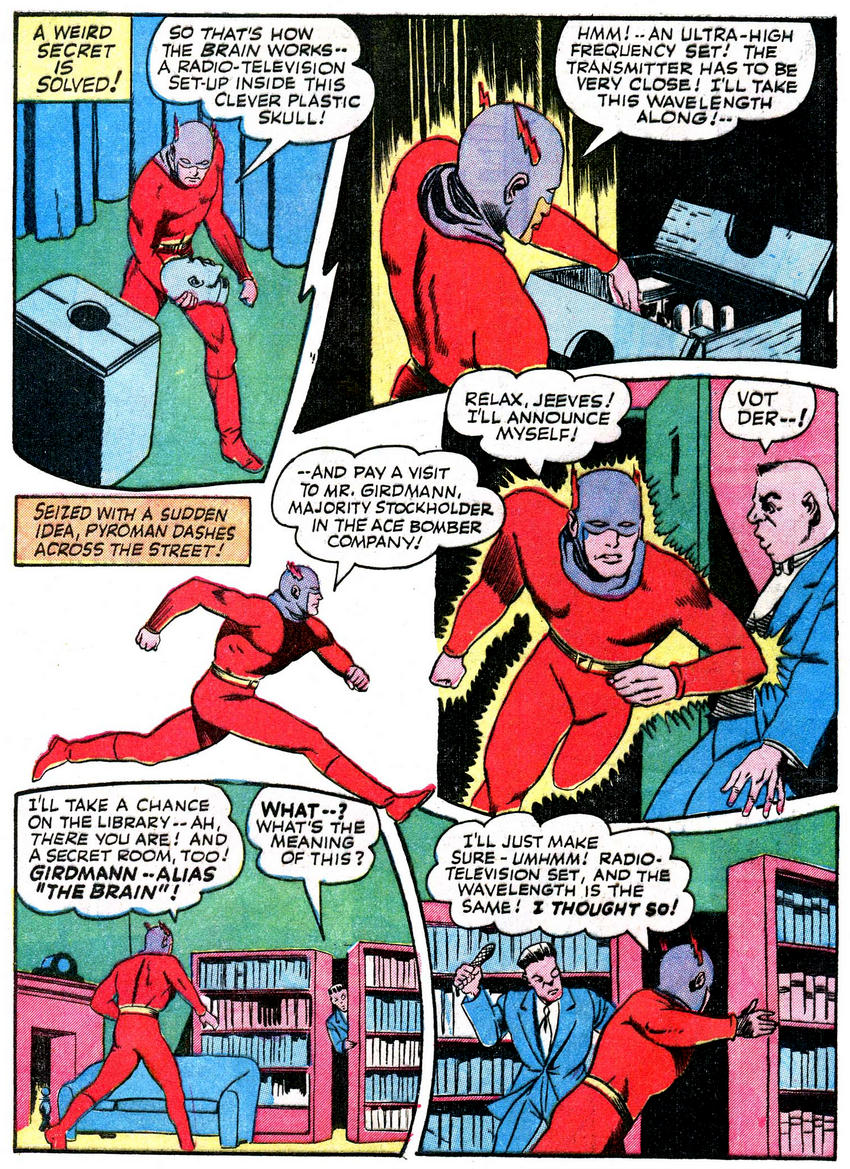 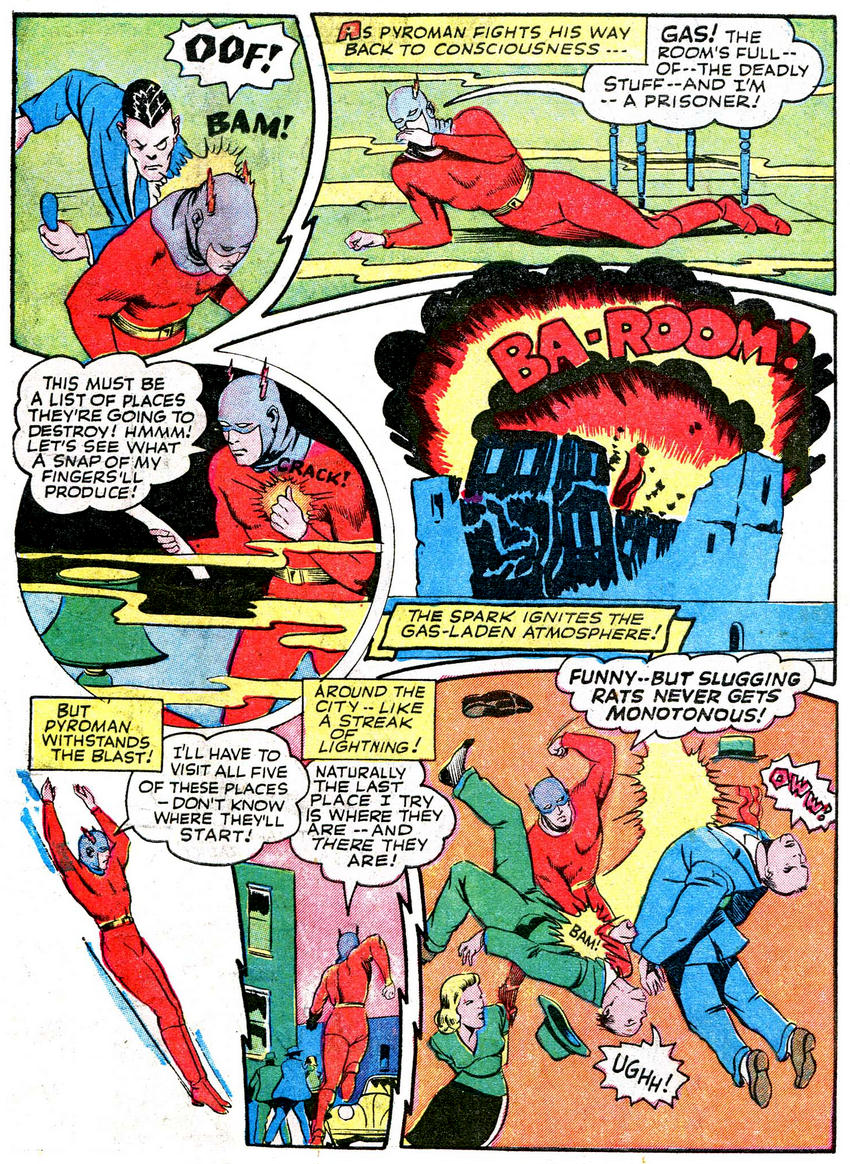 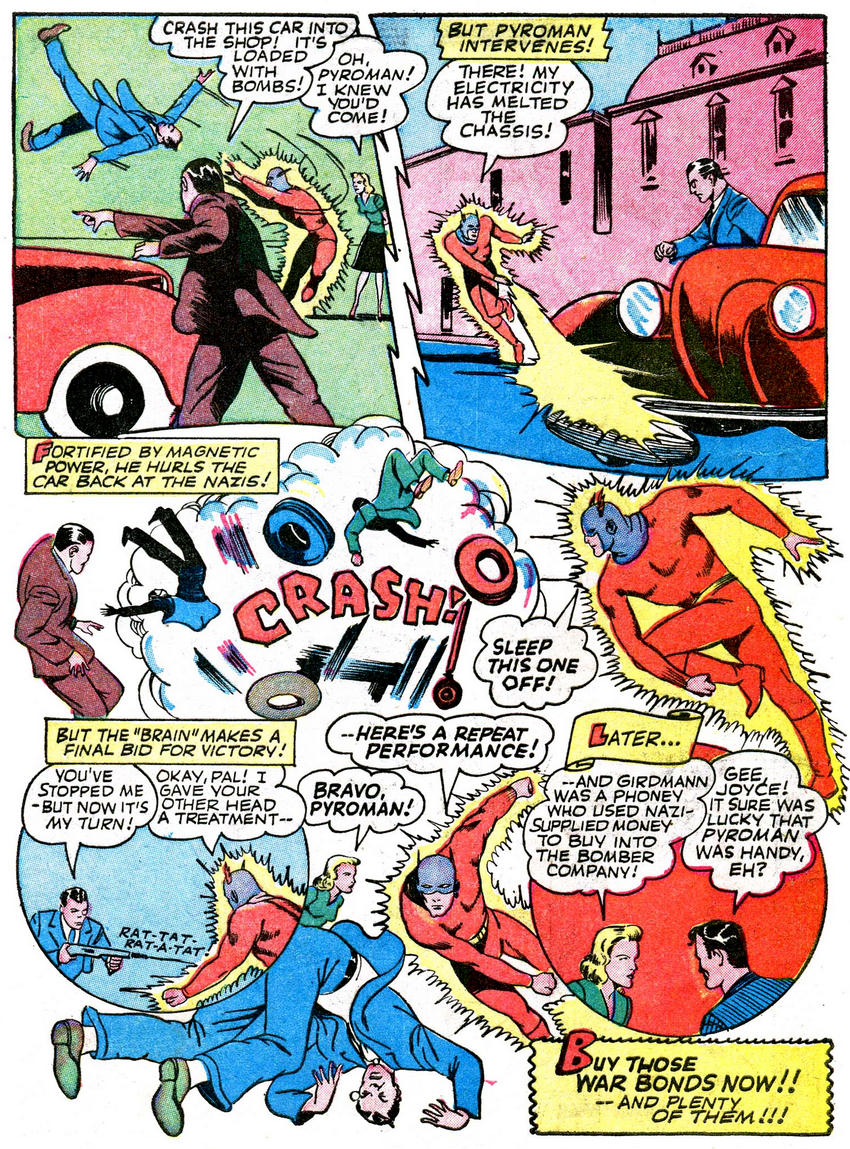 Wonder why the creators named an electrical hero "Pyroman?"

Maybe they originally meant to do a flaming hero and switched horses in midstream to avoid getting sued by Timely?