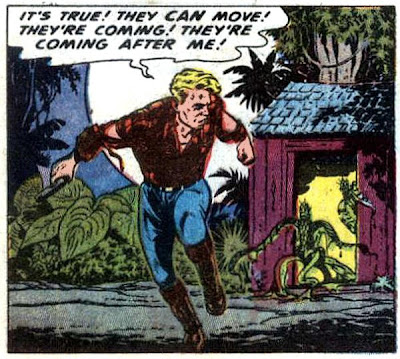 Bob Powell and his studio had such a recognizable style it is easy to spot their work, no matter the genre. Some of my favorite Powell stories are from the horror comics of the early '50s, where they drew some of the foulest monsters and creepiest characters in the comics. These two stories are from Ziff-Davis’ Eerie Adventures #1 (1951) (The only issue, title dropped to avoid legal trouble with Avon, who also published a comic called Eerie).

There should be some sort of award for understatement in “The Vampires from Venus.” Two brothers rescue a manlike creature from the swamp. The thing is fish-belly white and has cat eyes. One of the brothers says to the other, “Jake, there’s something weird about this guy.” (Hey! you think?!) Yet Jake replies, “Don’t be silly! He’s just a little shaken from the crash.” People in horror comics can be so damn dumb it’s no wonder horrors happen to them. 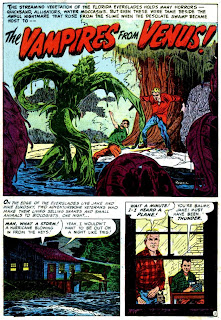 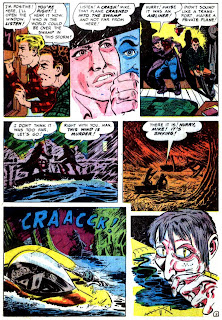 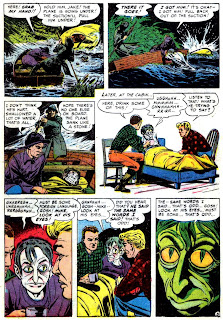 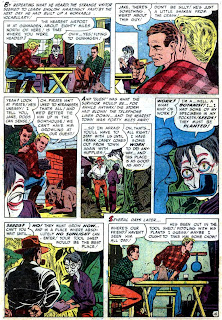 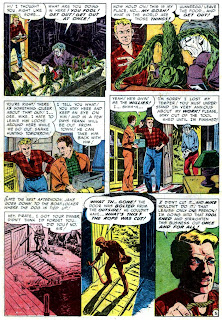 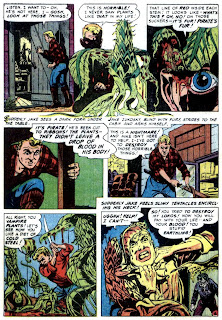 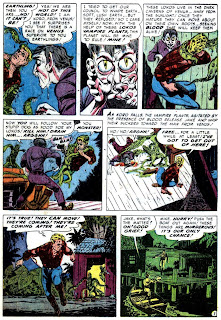 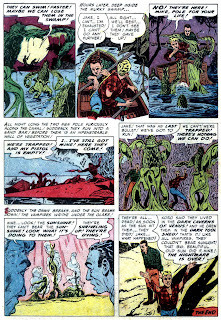 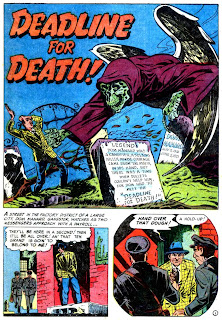 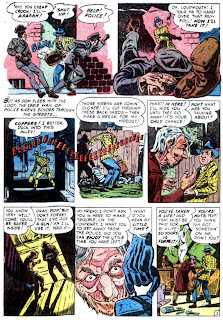 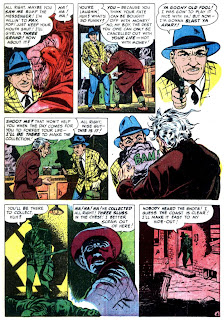 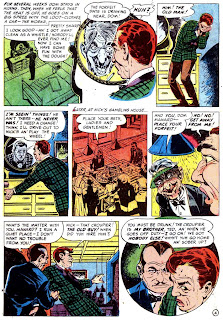 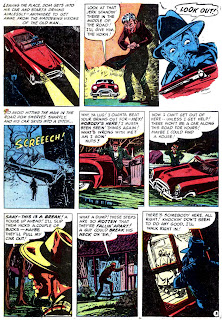 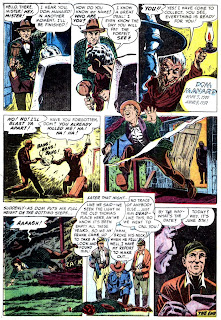 Thanks, Pappy! I always appreciate a chance to see work from Powell that I hadn't previously seen (even if 淑珊 is woefully absent).

Elements of “The Vampires from Venus” have a strong resemblance to The Thing from Another World. The film was released in April of '51, and Eerie Adventures was dated for Winter of the same year. Which seems like a short turn-around, but The Thing was of course (loosely) based upon Campbell's “Who Goes There?”, published in '38, and I presume that there were news about the movie well before its release.

Yes, although it's a guess as to how her name would be represented, as the tonality of “Su Shan” wasn't ever, to my knowledge, given.