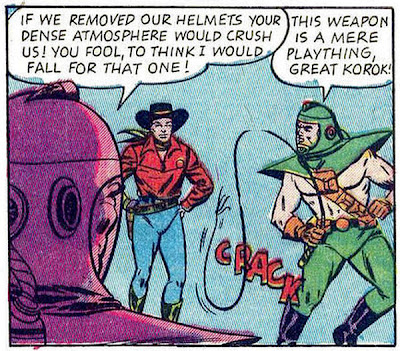 Space Western was an interesting hybrid comic from Charlton, combining cowboys and spacemen. It didn't last long, so sales were probably low, but over the years the comic has formed a sort of cachet of coolness. It’s famous for being oddball.

John Belfi, an artist I'm used to seeing mainly as an inker, did both pencils and inks on the lead story, introducing us to Spurs Jackson, the cowboy-spaceman. Spurs packs a pair of plutonium guns that shoot miniature atom bombs!

This incredible story is a runner-up to tomorrow's special post, my annual Thanksgiving Turkey Award. 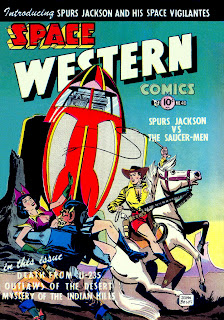 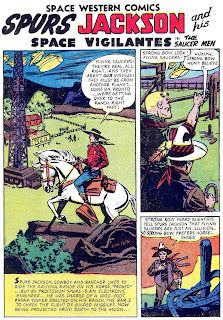 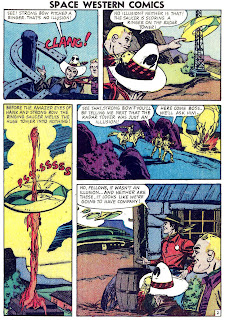 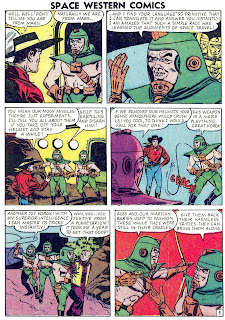 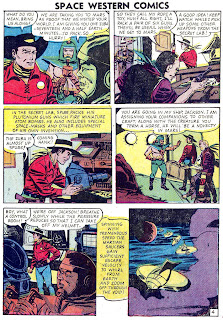 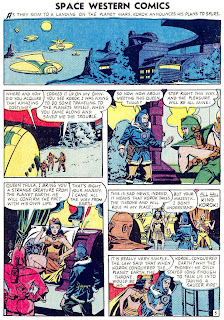 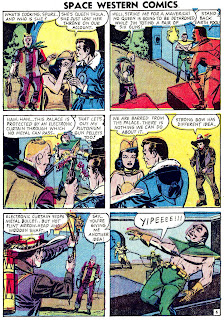 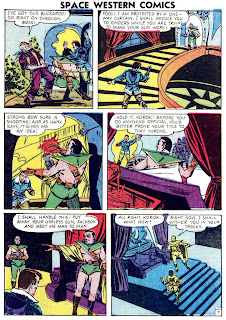 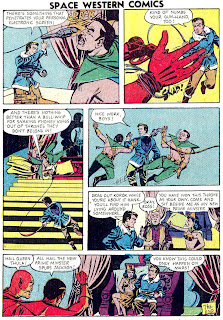 At this time the Buck Rogers comic strip still had some sway over the public imagination. Ornate rocketships like these would be cool, but rockets don’t need to look cool. As my old design professor used to tell us, “form follows function.” 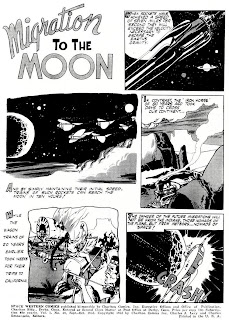 Pappy, I have to say that one of the things I'm thankful for Is you bringing a comic book that somehow slipped past my radar into my view. Well done!