Kenneth Landau is an artist who appeared in ACG’s pre-Code comics, and so I'm showing a story he did for that company's Out of the Night #14, from 1954. He also appeared sporadically in ACG's post-Code comic books, and I'm also showing you the story he did for the very last issue of Forbidden Worlds #145, in 1967.

Landau worked in animation as a layout artist, and if you look at his listing on IMDb.com, you’ll probably recognize most of the things he worked on.

The story from Out of the Night is typical of the type of horror comics ACG did at the time. There is a likeability to them, and the endings (as in “Out of the Screen”) are optimistic. Good triumphs over evil. Yay. (It doesn't mention that the inventor who wreaked such havoc with his 3D system will be sued after admitting he's responsible for the deadly dinosaur attack.)

But the story from the last Forbidden Worlds has a very different ending for ACG, and editor/writer Richard E. Hughes. If Hughes — who is reputed to have written all of ACG's output under pseudonyms in those years — wrote it* he sacrificed his usual optimistic ending for one of tragedy. I'll let you read it and see.

Landau was a journeyman comic book artist.** He signed his stories, but even without a signature the earlier stories are recognizable by his pen-shading. 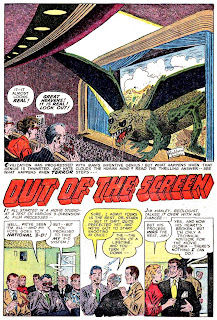 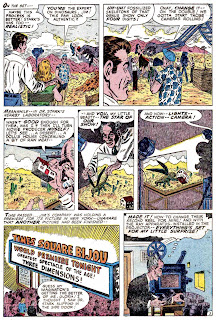 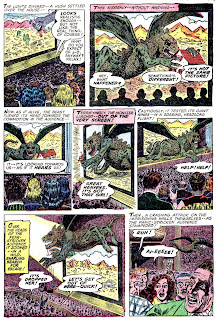 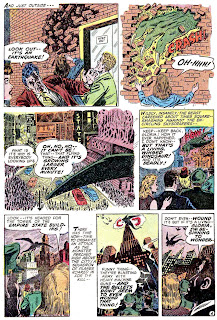 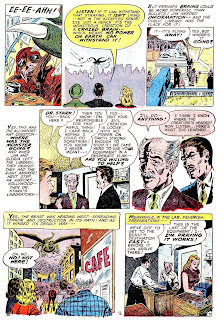 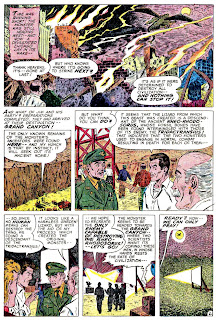 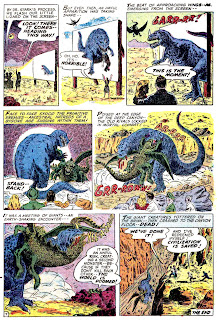 Kurt Schaffenberger did the cover for Forbidden Worlds under his pen-name, Lou Wahl. 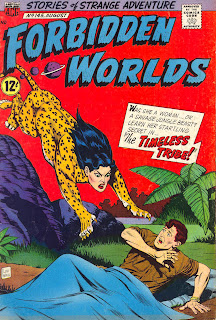 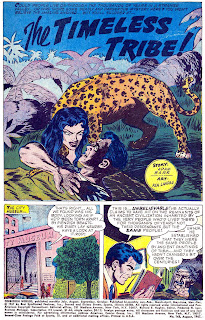 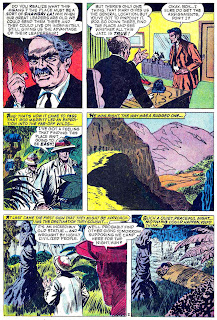 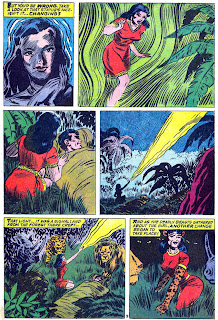 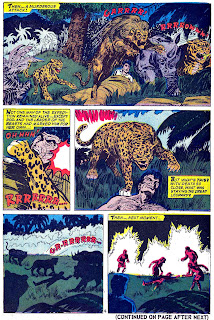 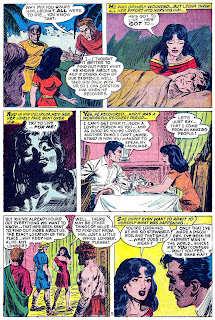 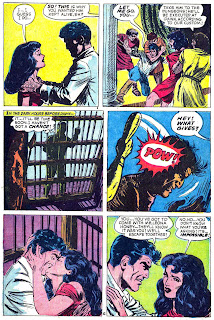 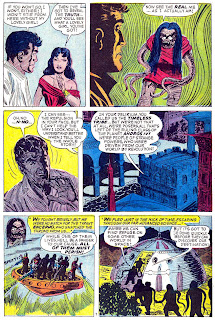 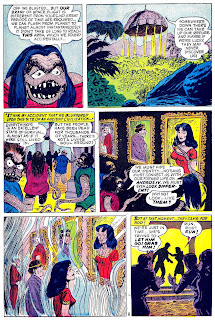 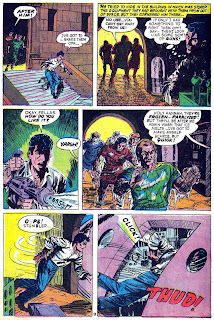 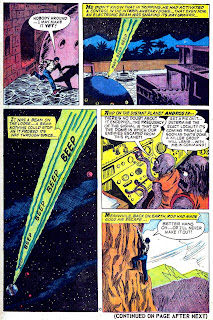 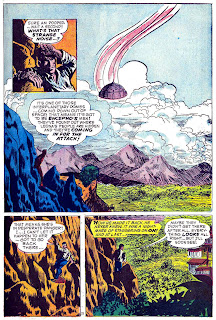 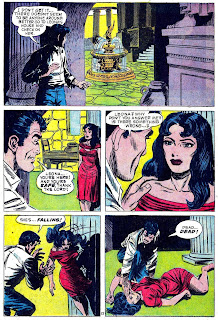 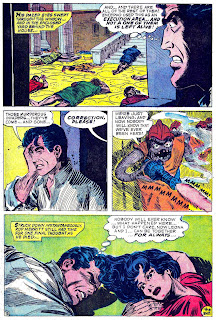 *The writer's name on the splash panel is Adam Barr, not one of the pseudonyms attributed to Hughes by the Wikipedia entry on him. That doesn't mean it wasn't Hughes, though. And by the way, “Richard E. Hughes” was apparently a pseudonym for Leo Rosenbaum. Hughes/Rosenbaum died in 1974 at age 64.

**A silly rumor went around for years that Kenneth Landau was actually Martin Landau, the actor. Martin did some cartooning in his time, but he’s not Ken Landau.

Email ThisBlogThis!Share to TwitterShare to FacebookShare to Pinterest
Labels: ACG, Forbidden Worlds, Kenneth Landau, Out Of The Night

I often wondered if Ken was related to Martin. Don Thompson once told me that Martin had assisted Gus Edson on "The Gumps."

rnigma, as to whether Martin and Ken were related, I don't know. Barbara Bain, when married to Martin, said he could still draw Andy Gump.

I glanced at the 1930 Census entry for Martin Landau's family; at that time, his father was 41 years old and his mother 36. His sister Elinor was 11 years old and his sister Constance was 7; there were no other siblings listed. These Landaus lived in Brooklyn at this time.

(I would here draw attention to the point that the Census records are not complete.)

Pappy, migma,
This is one of Mark Evanier's "Incessantly Asked Questions". See http://www.newsfromme.com/iaq/iaq04/
Hope this helps!

Daniel, your research is fantastic. I appreciate your attention to detail. I wish I wasn't so lazy and could be motivated to look this up this myself.

Darci, thanks for the link! And you always help.

My name is Maranee Landau. Kenneth Landau is/was my father. I can assure you he is NOT Martin. They are NOT related. My father Ken, was born 2-2-26, in NY, has hundreds of relatives there as well, and passed 7-12-12, where he retired with my mom, in 1988. We lives and grew up in Santa Monica. I am in the process of writing a book about his life and his story, as convoluted as it is. I'm looking for his entire comic books collection, as I have acquired about 4 boxes full of various comic books dating back to the early 30's. But only have about 10-15 of his comics from the 50's. If anyone can give me information as to how and where I can find them, easily (ie not Ebay) Id love any and all input. Thanks "Pappy" for this blog. I hope this clears anything up.
Maranee Landau

Maranee, this may help. I went to the Grand Comics Database and put in your father's name.

There are currently 23 listings for him.

You can go to http://digitalcomicmuseum.com/ and access most, if not all, of those comic books, stored digitally, and free to use in whatever way you want by registering with the site. The comics your father worked on I believe to be in public domain, which means I can post them on my blog, and you should be able to use any of his old material freely in the book you plan.

If you have any questions you can contact me by e-mail at ParsLPost1097@aol.com.

I hope this will help in your search. Finding the digital comics for free is a lot better than having to pay the exorbitant prices comic book dealers want.

Reading the second one I have no doubt Hughes wrote it. His post code writing style is very distinctive. But there is at least one post code ACG story not written by him. Unknown Worlds #6 has a story credited to Leon Larzarus, who was the brother of the artist, Harry Larzarus.