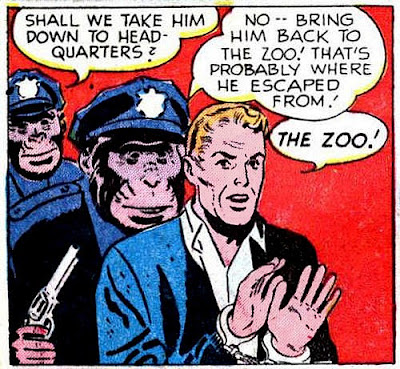 The comparisons to Planet of the Apes jump out of this story. But it was published years before Pierre Boulle's 1963 novel was published in France, and adapted as an American movie in 1968. I'm not claiming any kind of plagiarism, but it’s an interesting coincidence. The idea of apes evolving as apes with human-like abilities wasn't a new idea even in 1951, when “Sideways in Time!” appeared in Strange Adventures #12. (And, of course, there's that whole thing of gorillas and DC Comics, told several times in this blog.)

The term “alternate universe” wasn't used in the story, but that’s what writers Jack Miller and John Braillard were describing.

The artwork is attributed by the Grand Comics Database, via editor Julius Schwartz's records, to Mel Keefer and Bernard Sachs. 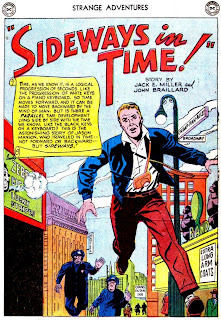 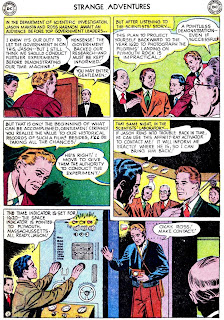 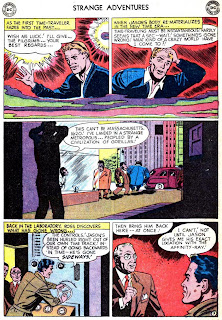 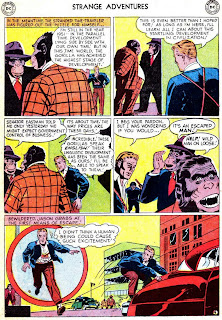 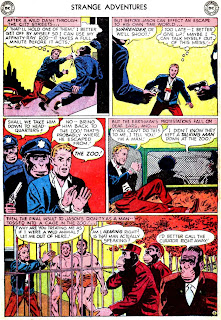 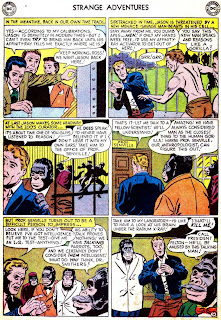 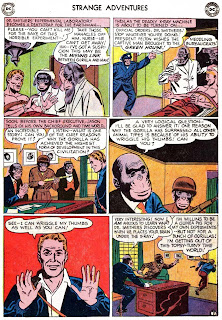 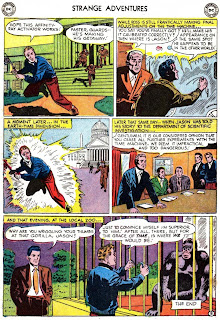