Number 1255: Tarzan and the tyranno 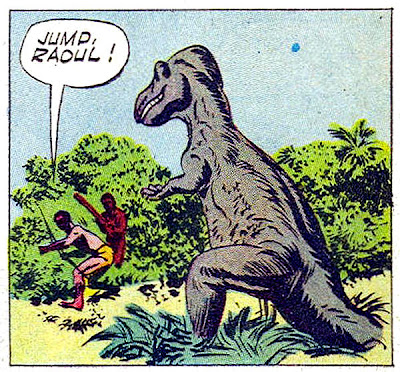 Some poor dinosaur wanders out of the lost world of Pal-Ul-Don, yet another area of Tarzan's Africa containing critters or civilizations hidden from everyone else. Tarzan's pal, Raoul, while sleeping outside (without a mosquito net, I might add) first sees the behemoth lumbering past Tarzan's tree house, and the chase is on.

I feel sorry for the dino, who was just doing what a hungry Tyrannosaurus (or “Garth” as they are known in Pal-Ul-Don) does. He's grabbing a bite to eat wherever he can: a steer, a hippo... He scares some humans (including some who die in a vehicle wreck). But jeez, he couldn't read the signs, could he? “You are now leaving Pal-Ul-Don and entering Tarzan country.” The dinosaur is not the only one in unfamiliar territory. When Raoul reports it to his superior officer he is almost arrested for being mentally ill!

“Nightmare in the Jungle” was written by Gaylord Dubois and drawn by Jesse Marsh. Marsh had done another dinosaur assignment in '60, when he did the movie adaptation of Dinosaurus! for Dell. You can find that full-length comic in Pappy's #1160.

The incredible cover was painted by artist Morris “Mo” Gollub. 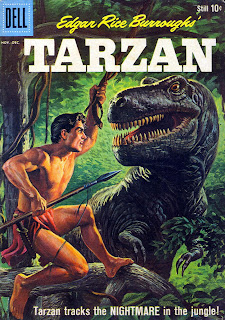 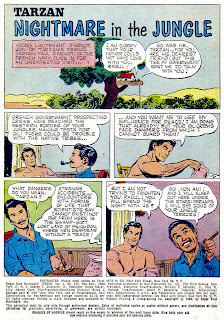 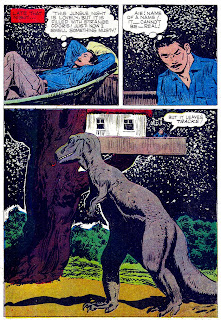 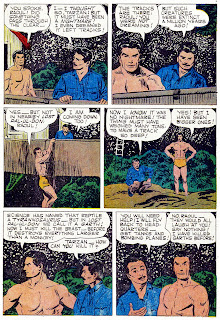 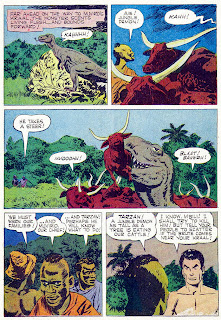 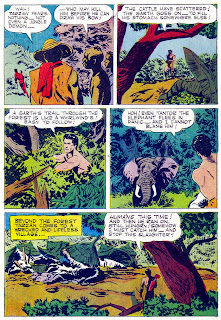 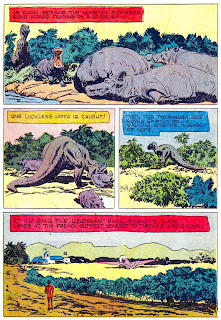 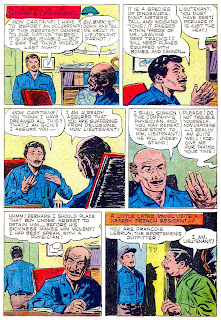 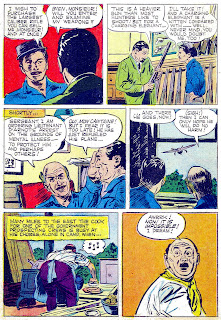 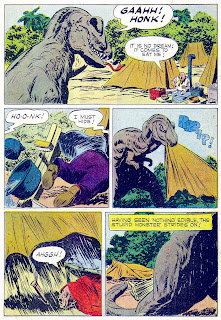 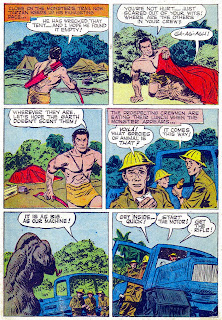 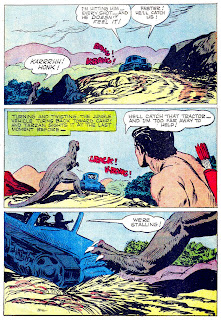 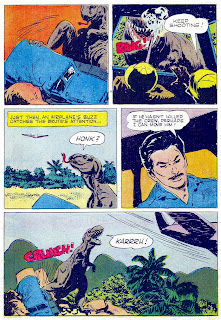 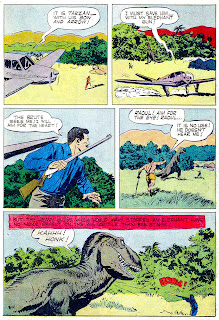 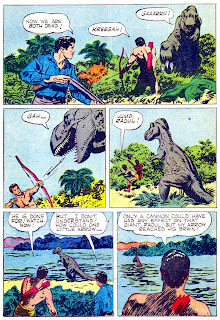 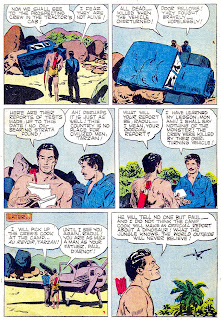 Because of comics like this, I was fooled into believing humans and dinosaurs co-exsisted. Still love to see man vs dino stories.

I was going to demand how it was that you could be making excuses for a dinosaur, but….

Dave, maybe I should refer to the man v dino stories as the Alley Oop effect...but then I heard that certain religious types believe that humans and dinos co-existed as recently as a few thousand years ago.

Daniel, even a dinosaur can be an underdog...errrr, underdino. No matter how powerful the critter, when going up against Tarzan they always came out second.