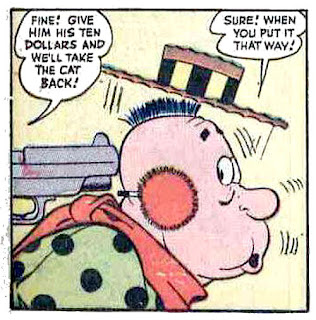 Fillers in comics can be boring, but I like the backup feature in Plastic Man, starring Plastic Man's pal, Woozy Winks. Like Plastic Man, who was a criminal before becoming a hero, Woozy was also once a crook. But then he became Plas' comic relief. Woozy is the comedian to Plas' straight man (or as straight as a bendable, flexible, stretchable, shape-shifting man can be), and more important for a funny book, the backup is funny!

This story, from Plastic Man #6 (1947), is credited to Jack Cole by the Grand Comics Database, with inks by Alex Kotzky. 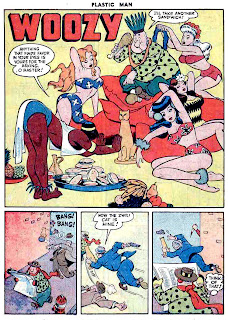 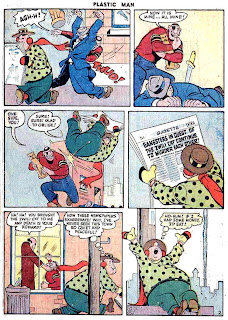 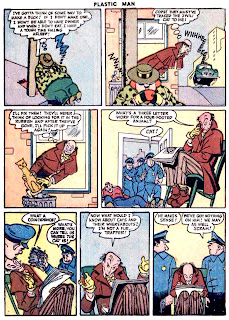 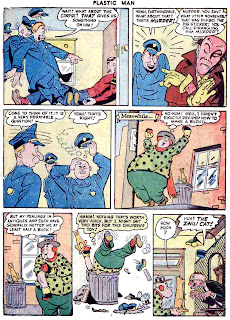 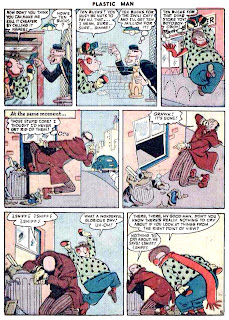 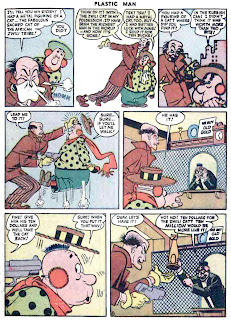 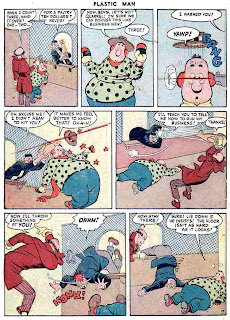 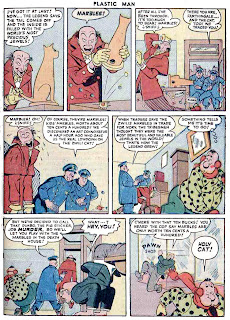