Number 1228: Ghost that walks in a purple sweatsuit

As a comic character, the Phantom has been around for three-quarters of a century. Of course, that’s nothing compared to the 400 years of ancestral history the original 1936 Phantom had behind him. Phantoms all: an unending line of physically perfect men who chose to live their lives in a jungle, in a cave, wearing a purple suit and hood that just must’ve been hotter than — well…to each his own. 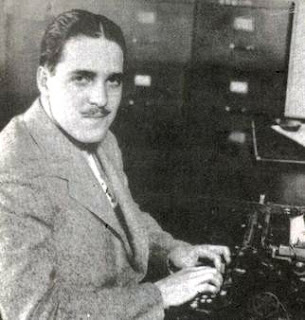 Lee Falk
The Phantom didn’t start out his comic strip career as that descendant of the first Phantom, a shipwrecked sailor who donned the purple union suit. Nope, the Phantom started out as Jimmy Webb, a rich playboy who became the Phantom. Within a short time Phantom creator Lee Falk had a brainstorm and dismissed that early incarnation of the Phantom as if it had never been, then re-made the former playboy into the cave-dwelling jungle hero. It worked. The Phantom has been one of the most consistently popular comic characters ever, well-known in many countries, even if not so much known nowadays in the country of his origin, the U.S.A. 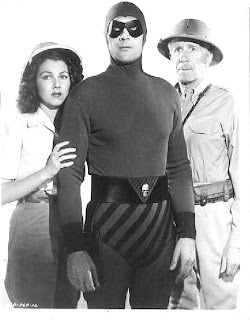 In 1943 he was popular enough to get his own movie serial starring Tom Tyler, who had also played another iconic hero, Captain Marvel. The Phantom serial from Columbia was Tyler’s last starring role. He died a few years later at the young age of 50. The Phantom serial is available online here, where you can watch all 15 episodes.

This story, “The Terror of the Tiny People” is from Harvey Comic Hits #51, 1951. Diana, the Phantom’s squeeze, looks air-conditioned in her mini-sundress, much more so than the Phantom, wearing his usual uniform of purple sweatsuit with mask and hoodie.

I showed another story from this issue in Pappy's #1065. 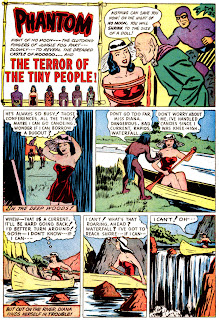 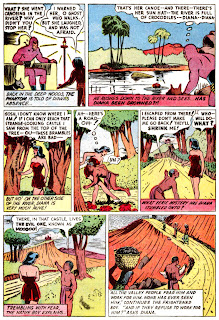 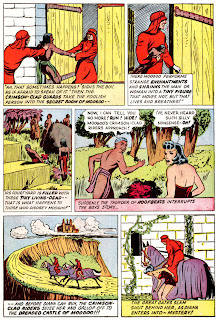 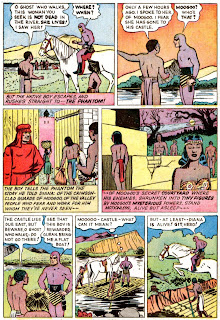 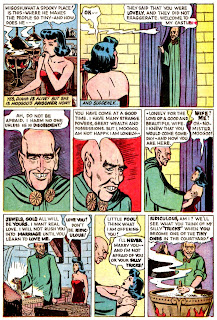 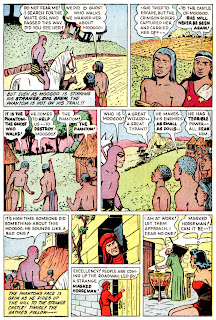 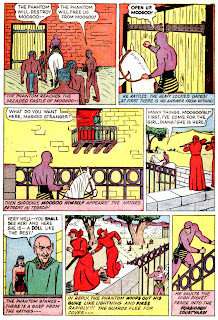 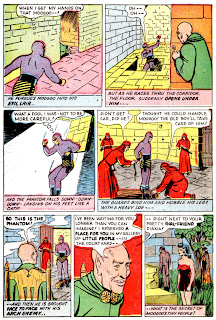 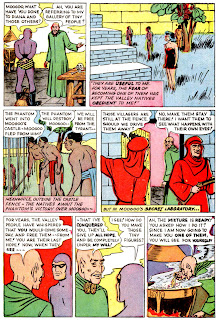 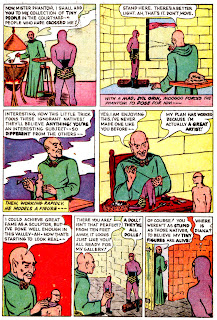 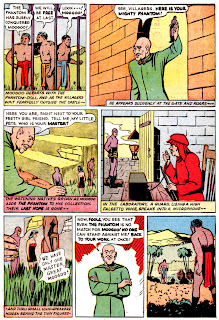 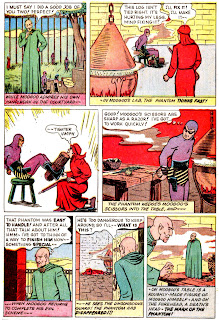 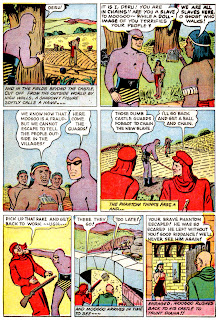 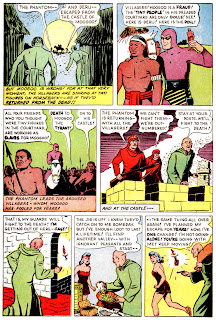