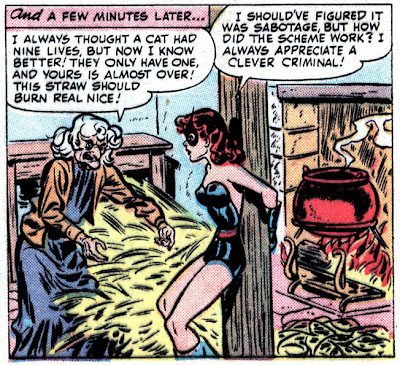 The Black Cat, really movie star Linda Turner, lasted a bit longer than many other costumed characters of the 1940s and into the ’50s, but eventually her time came to an end. This is the last issue of her regular series. There's a full-page announcement that next issue would have mystery stories, and so began the lifespan of Black Cat Mystery, one of the premier horror comics of the pre-Code era. 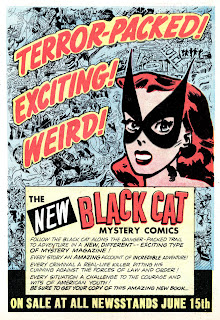 Not long ago I said there was just something about a girl in a cat suit*...and so it was with Black Cat. It was a cute strip, well drawn by Lee Elias. Linda was a beautiful girl, and she had a partner, Kitten, who was a young boy. A boy called...Kitten?** At least Linda called him Kit some of the time.

I'm also showing a short story with Linda and her “boyfriend” Rick. I'm not sure about that question he asks of Linda in the splash panel, “Got your tonsils oiled?” Sounds dirty to me. 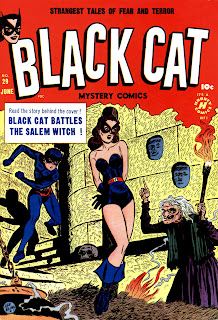 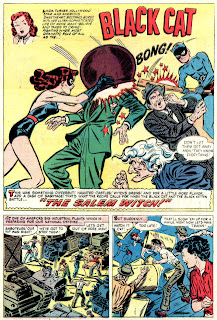 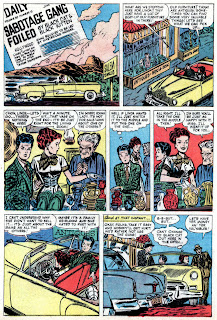 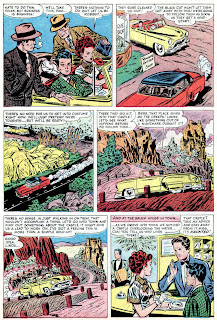 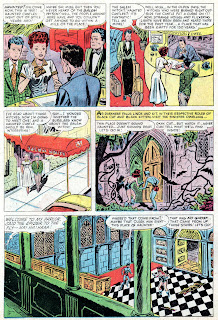 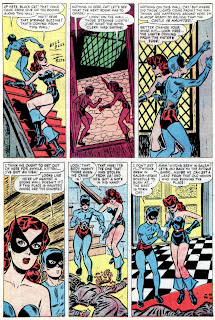 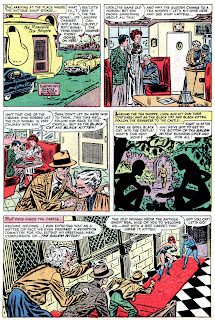 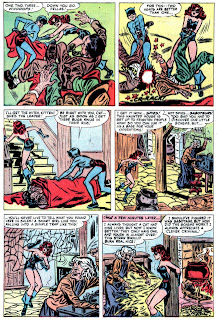 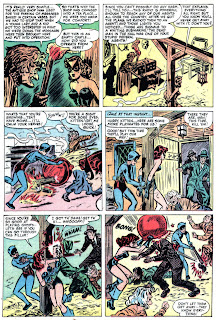 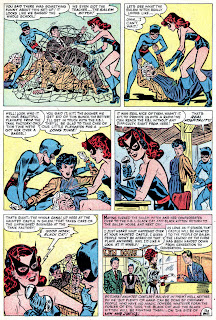 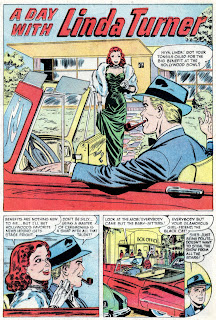 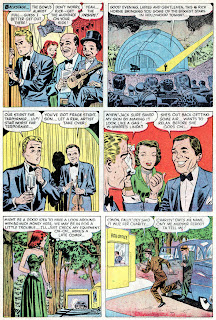 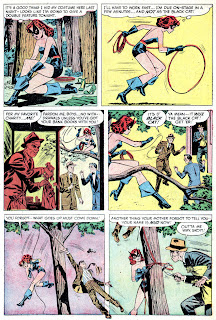 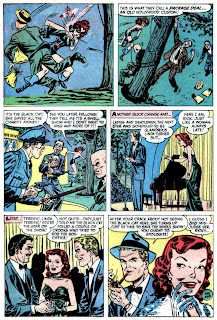 *Check out Tigra, who advertised a Belgian cigarette brand of the same name: 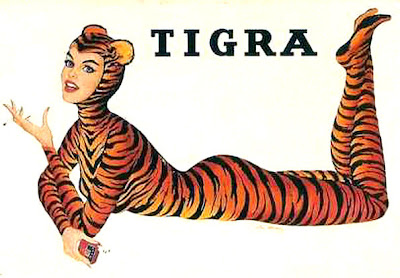 **Another Golden Age hero, Cat-Man, had a girl sidekick named Kitten.
Posted by Pappy at 12:01 AM

How did America win the war against sabotage? Because commie agents -- while hot -- were dumb as stumps.

Why did she keep the boy around? Well, he was actually super powered. He could pick up a full grown man by one leg and swing him through the air, and magically make knifes (which he fails to use) and clubs (which he does) appear.

I think I need to swipe a picture of that witch for my blog :)

Darci, everyone should take a look at the cover.

Thanks for bringing it to our attention.

Thanks for your note; you caught some elements of the story I didn't mention, number one being how Linda Turner, a famous movie star, could get away with an impersonation like that, even in 1951. (In 2012 the papparazi would have telescopic photos of her changing into her costume...and those pictures would be there for everyone with internet to see.)

Tigra also is the girlfriend of Dutch comic book artist Erik Kriek's silent hero Gutsman. You'll find her here: http://www.zone5300.nl/webshop/?p=6645 and here:http://www.gutsmancomics.com/. Check out Erik's illustration portfolio while you are there. Erik did a book of Lovecraft short stories in Dutch this year, which should come out in English. More info on Erik's blog: http://gutsmanblog.blogspot.nl/

Thanks for the link, Ger! A Tigra paperdoll...I love it.