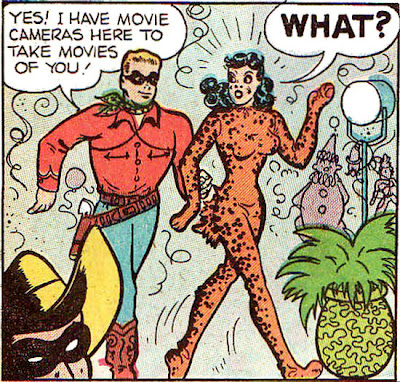 Katy Keene had a relatively long run in comics, 1949 to 1961, produced by her creator, Bill Woggon. She was revived by others in 1983 and was published until 1990 by the same folks at Archie. On the other hand, Kitty, drawn by a favorite of mine, Lily Renée, was a one-shot from 1948.

Paper dolls were popular, and I've seen comic books where someone cut them out, thereby damaging the book beyond repair. But I think to do it they'd need sharp eyes and a sharper pair of scissors to follow the outlines of the tiny images published in comic books. If you want to use my scans to print your own go ahead.

Kitty was drawn in 1948 by Lily Renée for St. John with a cleaner, less complicated style than that required by Fiction House, where she drew Werewolf Hunter, Señorita Rio* and the Lost World features. I'd think Kitty would be a natural character for Renée, who wasn't far out of her teens (born 1925). Although born in Austria and a war refugee who became an emigrant to the U.S., she captured the American bobby soxer very well. She claimed she dressed Rio in clothes she wanted to wear, so a paper doll fashion comic book seems a natural.

In 1953 St. John changed Kitty's name to Lucy, and reprinted the story (whiting out Renée's signature) in Lucy the Real Gone Gal #1. 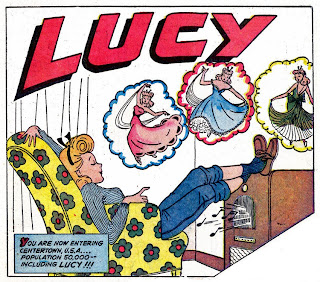 Bill Woggon got a lot of mileage out of simple storylines about supermodel Katy, her tomboy little sister and several boyfriends. He also helped future fashion designers by providing an outlet for them. They supplied the creations, Woggon drew them up and published them in his comics. Woggon, born in 1911, died in 2003.

I picked this story to show because Katy wears a leopard costume. There is just something about a girl in a cat suit... 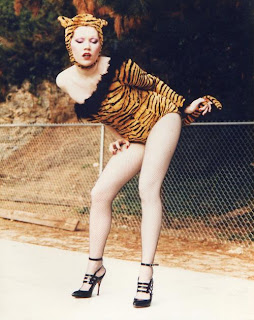 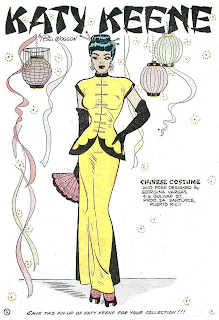 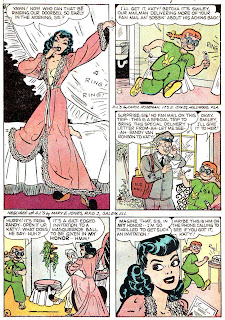 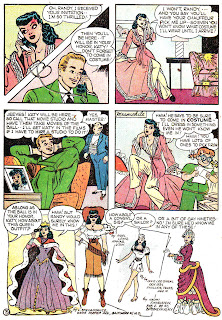 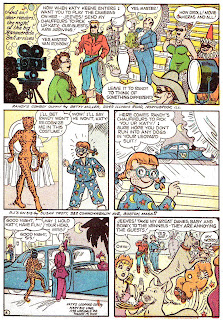 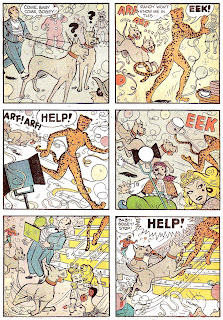 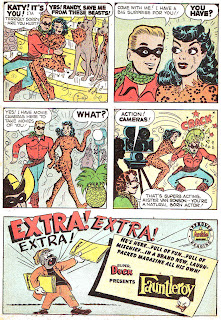 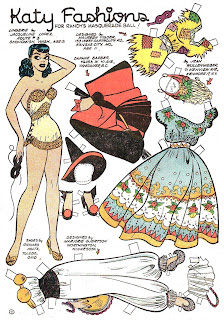 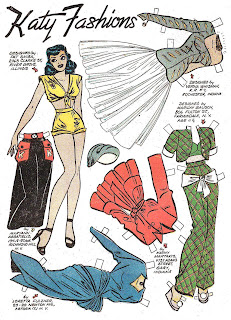 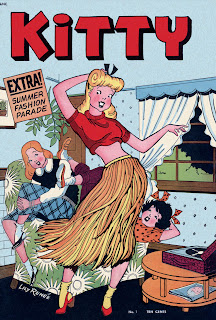 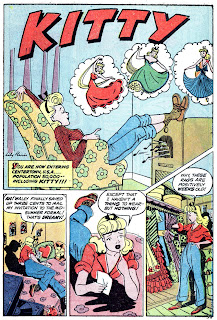 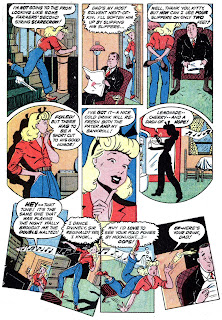 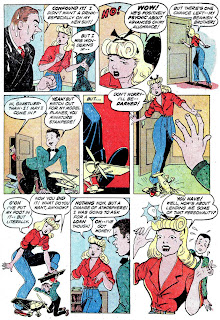 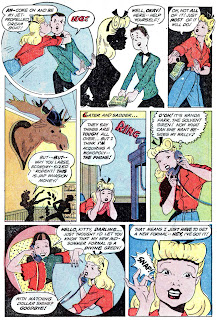 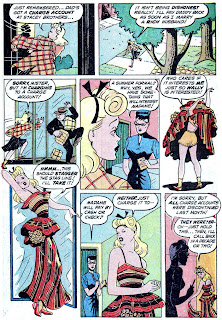 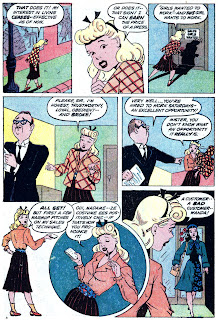 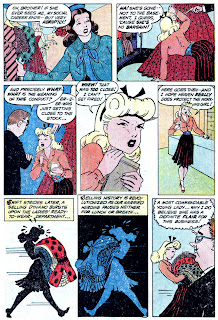 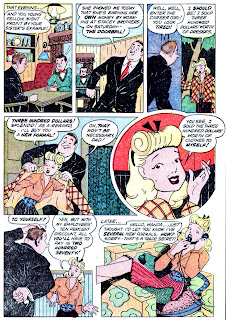 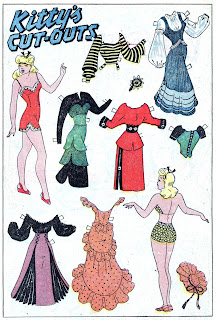 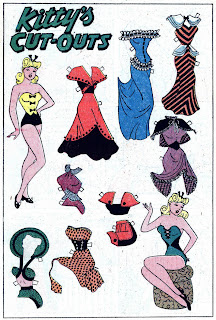 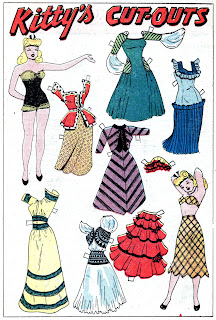 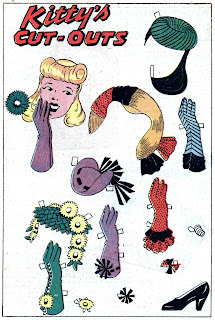 *I've posted several stories by Renée, but the latest was this one where I told a little of her story: Pappy's #1175.

I would find it hard not to like Katy Keene. Lovely, fun artwork is always a plus!

They changed Kitty's name to Lucy and made her a redhead. Hmmmm...

rnigma, hard to think of it as a coincidence, isn't it?

Pappy,
Hmm, let's see what else like this was on the shelves? Looks like only "The Lair of the Leopard Goddess" in Jungle Comics #8 (Dec 1950). (That doesn't seem right, there's no leopard goddess in the story. Looks like the GCD derived the story title by process of elimination from the cover. You may have the only leopard woman story of 1950 here!)
Thanks!

Darci, maybe we should ask Craig Yoe to put together a Golden Age comics compilation of females in feline costumes.

In my very nearly 50 years on Earth, from a young age as a precocious reader, comics have taught me such words as "invulnerable" and concepts like the proportional strength of insects; less often, it's been historical oddities, but to that list thanks to Kitty we can now add "Japanese invasion money"...