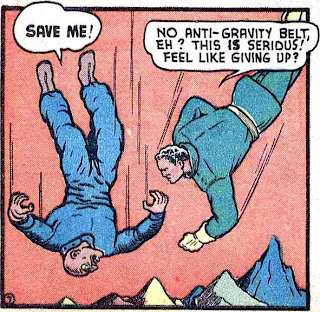 Number 852
Blazing Death!
I don't know if any story drawn by Basil Wolverton could ever be considered routine, but this Spacehawk episode from Target Comics Volume 3 Number 3, 1942, seems like a standard superhero vs. mad scientist story. Still, it's Wolverton...and even routine Wolverton is better than most other stories of this era. His artwork is so distinctive he hardly needed to put his name on it.
Spacehawk's early adventures were freeform science fiction set in outer space, on other worlds with bizarre aliens and are usually what we remember about the feature. Then someone, the editors or Wolverton himself, decided to put Spacehawk on earth fighting on the side of America during World War II. So Spacehawk lasted just seven more issues of Target Comics after this and was gone. I don't know how long Spacehawk would have continued if the original premise of the strip had been kept. We can only speculate, but Spacehawk was fairly interesting, even in his later earthly adventures. He had the power of anti-gravity, he lived in his spaceship cruising through the stratosphere, and had a pal named Dork. I showed another story of Spacehawk and Dork a year ago in Pappy's #637. 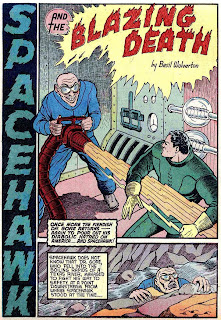 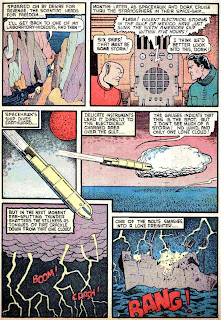 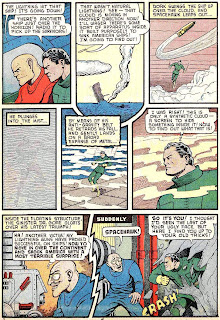 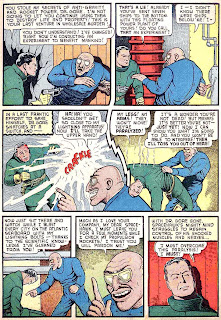 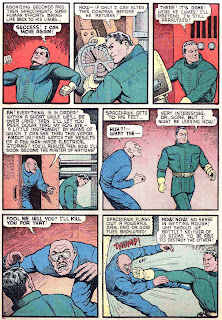 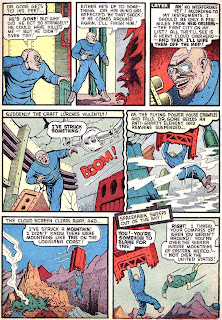 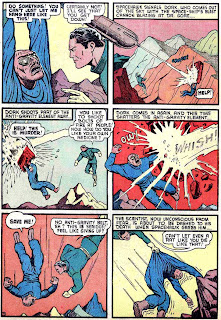 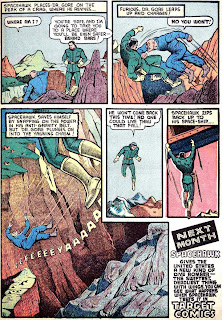 Woldertoons are magic. His hand is so identifyable.

Pappy, I recently read three editions of this comic Weird Ass Tales of the Future and was blown away.

It was only when I read your #637 Spacehawk, (from 1942!), the penny finally dropped, (though given how my dad was born in 1914 and he was a British public schoolboy type named both Basil AND Ambrose I guess I should've cottoned on sooner!).

It gave me quite a shock to realise all these artists I'd been telling myself Wolverton'd obviously derived his style from'd derived THEIR style from HIM!

It was also quite startling, after reading your #637, to find out by googling him how this man I'd supposed to have "knowing 21st Century sensibilities" actually had a strange end-of-the-world fundamentalist type cult preacher background, (though it explained the curiously authentic feel he had for portraying the universe we live in as seething with loathsome and unspeakable evil).

Borky, my parents had those booklets of Wolverton's apocalyptic visions from the Book of Revelations which they hid from me in the 1950s, and it was when I found them that Basil Wolverton first blew my mind.

I forget sometimes because we Golden Age fans take Basil for granted, but there are many folks to whom Basil's work is new. Comic book fans of the 1940s already knew Basil Wolverton, but the drawing that brought him to America's attention was his winning entry for the contest to draw Lena the Hyena for the L'il Abner comic strip, published in Life magazine. You can see it here.

Basil's son Monte is an editorial cartoonist and fine artist, and his work, as well as some of his father's, can be seen at www.wolvertoon.com.