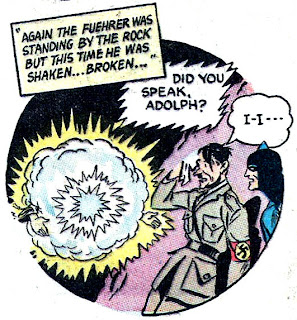 Number 851
Target: Hitler
The Target was a superhero who usually ran with a posse, the Targeteers. The Targeteers are missing from this story, from Target Comics Volume 4 Number 1, 1943. The artist puts himself into the story, talking to the Target, who tells a strange and allegorical tale about Hitler. The Target is telling a hallucinatory tale, or else the artist is hallucinating about the Target hallucinating.
Superheroes getting to Hitler was no big deal in the comic books of World War II, fairly common, actually. But those stories were mainly of the smash-into-the-bunker-and-punch-Hitler's-lights-out variety. This has religious overtones, not unheard of, but unusual for the comics of the era. 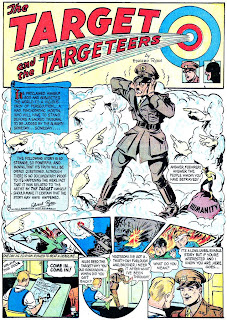 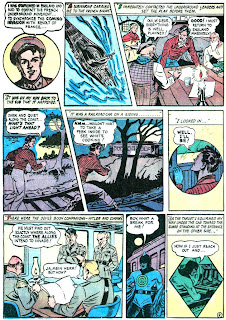 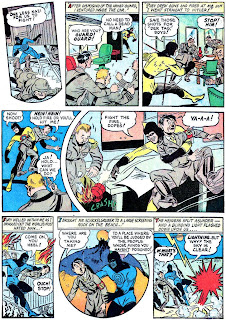 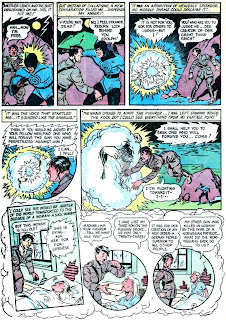 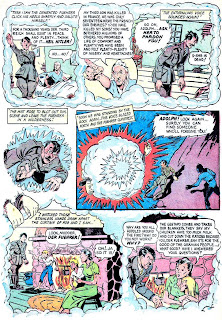 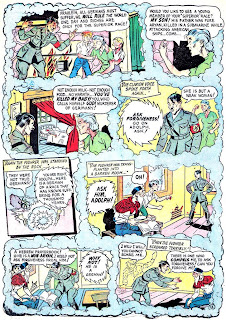 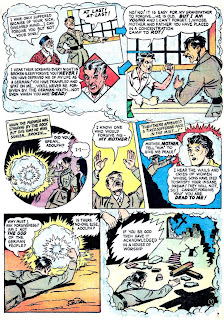 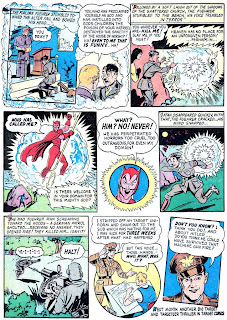 Surprise! Another story from Target Comics tomorrow: the one and only Basil Wolverton and a Spacehawk adventure.
Posted by Pappy at 12:17 AM

Email ThisBlogThis!Share to TwitterShare to FacebookShare to Pinterest
Labels: Target and the Targeteers, Target Comics

Ah! An assist by Sid Greene, so either inking or the whole art job. He was just about my favorite inker at DC in the 60s. Marvel had Tom Palmer and Joe Sinnot and sometimes Wally Wood — all inkers who could make a second-rate penciller look top-notch. DC had Wood some of the time, and Sid Greene, who could clean up Jack Sparling's late pencils and make them look tight.

As to Hitler, looks like he got away, at least for a while. I'll have a harder time believing the Target after that.